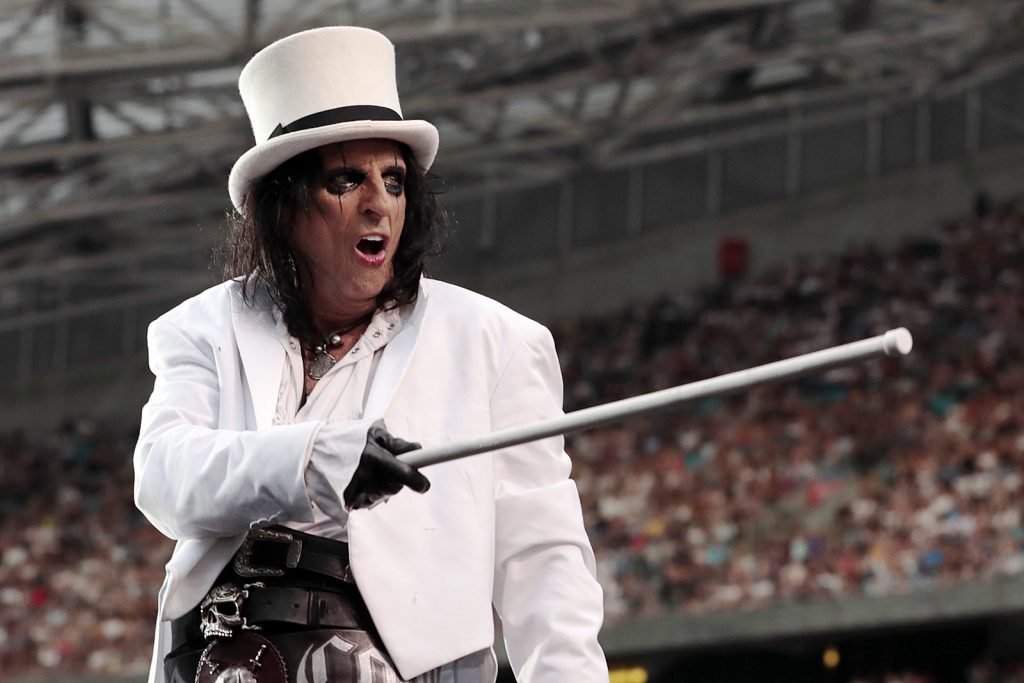 Alice Cooper named the three bands he believes every young musician should listen to so they can take their raw talent and turn it into powerful art.

He’s a judge on the No Cover show, where musicians are evaluated on their original songs, rather than being able to sing material written by others.

“I’m always saying everything revolves around how good the song is,” Cooper told LA Weekly in a recent interview. “You know, I don’t care how exciting you are up there. … Spend your time listening to the Beatles. I tell young bands all the time: ‘I want you to listen to the Beatles, the Beach Boys and the Four Seasons. They wrote perfect songs, right? Their records were perfect.”

He noted that “you can be an angry punk rock band, but write a song around it. Don’t just play a riff or a drum part and yell at me. That’s not a song. You have to have a verse and a chorus. That’s why I want you to listen to early Beatles and the Beach Boys. You can be just as angry and have a good song. You don’t have to just throw it away. Too many bands just throw it away.”

Cooper shared his enthusiasm for watching young bands onstage, saying, “They remind me of when my band was in high school. We couldn’t be onstage long enough. We wanted to be up there for eight hours. … And then I’ve just got to say … you’ve got to be a star. If you’re going to be a star, you have to think you’re a star. You can’t just go out there and just be face value, you have to understand that you are a star or the audience will not regard you as one.”

He argued that audiences want the lead singer to be “the focal point” of a performance. “That means don’t ever look away from them,” he explained. “You have to stare them down. You have to be you and you are the star up there. You’re bigger than life. So, you know, don’t come up here and be shy. That’s not what a rock singer is.

“I tell my band this all the time. When you’re onstage, I want you to reek of ego. When you’re offstage, I don’t want any ego at all.”