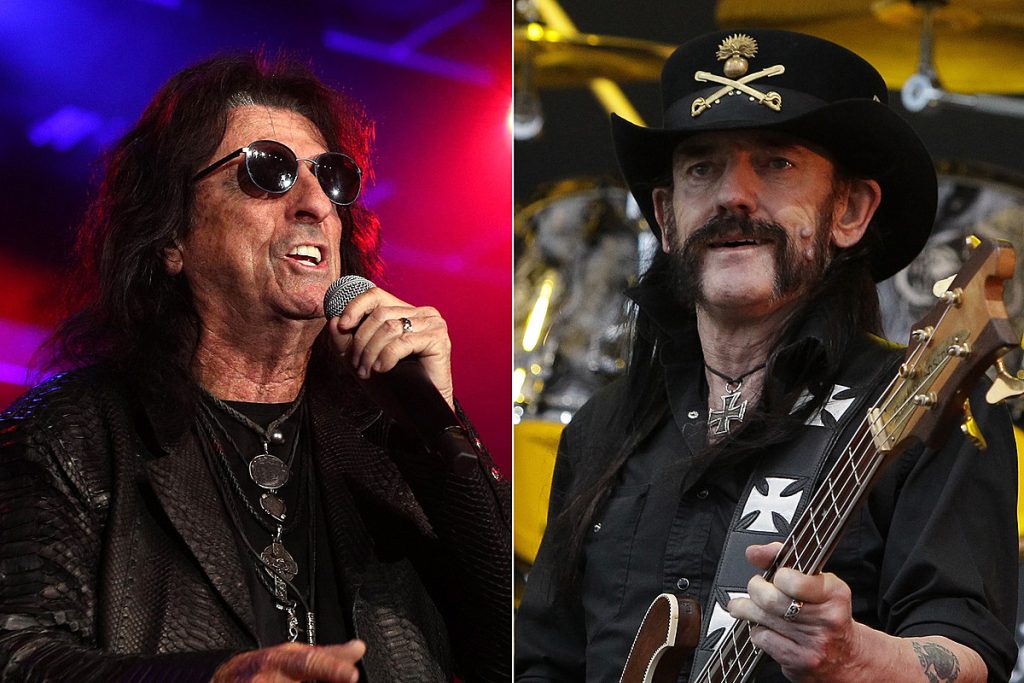 Alice Cooper said Motorhead frontman Lemmy Kilmister would have been a member of his Hollywood Vampires supergroup if he hadn’t died.

The band also features Aerosmith’s Joe Perry and actor Johnny Depp, and originally got together to play club shows in tribute to friends who died, often as a result of lifestyle-related issues.

“The thing that’s great about the Vampires is that it started out being a bar band,” Cooper told Kerrang! in a new interview. “All we were going to do was go to bars and play songs in tribute to all the guys we used to drink with who’ve died. The very first night we played, it was at the Roxy for about 100 people. Geezer Butler sat in with us. … Then a week later we’re at Rock In Rio with 200,000 people. All of a sudden, the Hollywood Vampires became an arena band. That happened pretty quick!”

Cooper added that “if he were alive, Lemmy would certainly be a Vampire. He’d probably be our bass player. … All of us knew Lemmy, on different levels, because he played with us so many times – everyone in the band had done tours with Lemmy. He was sort of a journeyman. I quit drinking 37 years ago, but he came to me once and said, ‘Alice, I quit drinking.’ And he had a drink in his hand! I was sitting there going, ‘That’s great – and that must be Coca-Cola?’ He said, ‘No, there’s a little whiskey in there.’ His idea of ‘not drinking’ was not drinking a bottle of whiskey each night. Maybe just five or six drinks.”

The singer noted that he stopped drinking 37 years ago, “because I got up one morning and threw up blood. I knew that it’s not smart to join the 27 Club, but my doctor said, ‘If you really want to join them, just keep doing what you’re doing.’ I got the point. If you look at guys like Steven Tyler and Iggy [Pop] and myself – all the guys that are still here touring – it’s all because we got a hold of our addictions and decided we’d rather make 20 more albums than be in a cold grave somewhere.”

Cooper reflected that they’re “all hard rockers. We all come from the same school — the Yardbirds and the Who and the Kinks, and everyone is blues rock. We all come from the Rolling Stones. When we do our kind of music, it centers on the guitars, bass and drums. There’s not a lot of ‘pretty’ within our music at all. Everything about it is in-your-face rock ’n’ roll.”