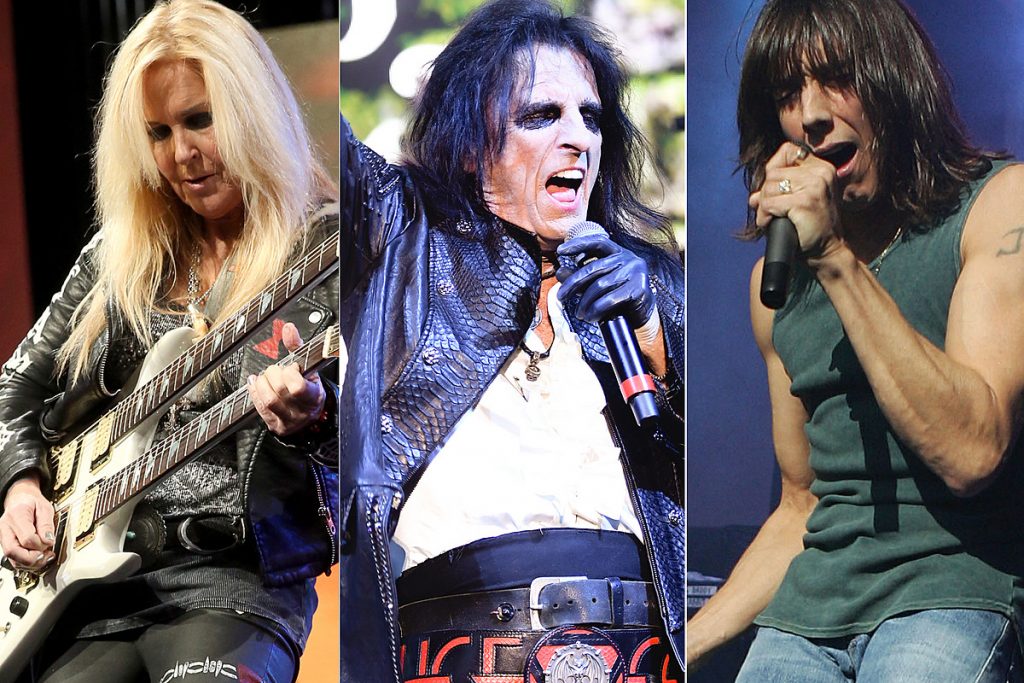 Alice Cooper, Tesla and Lita Ford will join forces for a series of summer 2020 tour dates.

The 20-date extension of Cooper’s ongoing Ol’ Black Eyes Is Back trek will kick off May 30 in Paso Robles, Calif., and conclude June 27 in Detroit. Before this, Ford and Cooper will team up for 15 dates in April.

You can see the complete tour schedule below.

Tickets for all shows except St. Louis go on sale Jan. 24 and are available through Cooper’s official website.

Cooper recently paid tribute to some of the garage-rock heroes of his Detroit hometown with the Breadcrumbs EP. He plans to expand upon that theme with his next full-length solo album, which he is currently working on with producer Bob Ezrin.