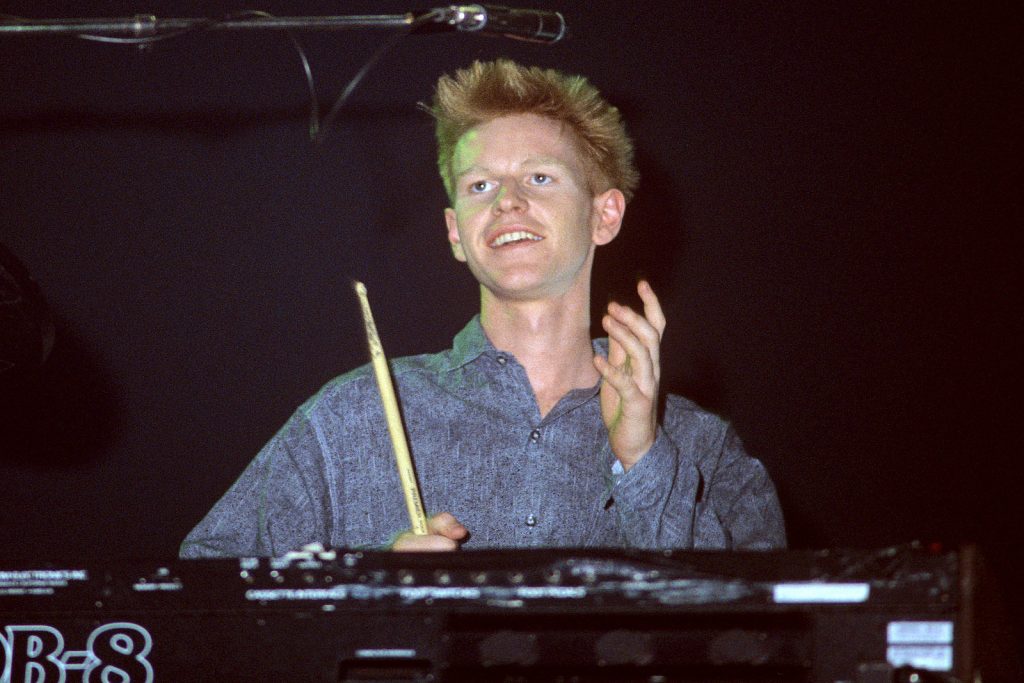 Keyboardist Andy Fletcher, one of the founding members of Depeche Mode, has died at the age of 60.

The news was confirmed on the band’s official social media accounts, though no further details regarding the cause of death were given.

“Fletch had a true heart of gold and was always there when you needed support,” a tweet from Depeche Mode read, “a lively conversation, a good laugh or a cold pint.”

Born in Nottingham, England, on July 8, 1961, Fletcher and his schoolmate Vince Clarke formed their first band, No Romance in China, in the late ’70s. Shortly afterward they met Martin Gore in a local pub and formed a new group, Composition of Sound. When singer Dave Gahan arrived, the band settled on its final name: Depeche Mode.

Fletcher’s role in the band changed often — he could just as easily be found playing bass as keyboards and synthesizers. In 101, D.A. Pennebaker’s 1989 documentary film about the band, Fletcher addressed his shifting responsibilities with a memorable quote: “Martin’s the songwriter, Alan [Wilder]’s the good musician, Dave’s the vocalist and I bum around.”

At points when the band was without a full-time manager, Fletcher also occasionally handled business and legal matters. “Sometimes it’s frustrating not to be taken seriously,” he said in a 2009 interview. “After all, you could also say my job is the most important; without me there would be no band anymore. But it’s the same in big corporations — the people that do a good job in the background don’t get as much attention as the ones who’d get onto the microphone and announce the good quarterly figures.”

Depeche Mode’s rise to fame was slow but steady. It took several years for their music to build a following in Europe, the U.K. and, eventually, the U.S., but by the time their seventh album, Violator, was released in 1990, there were one of the biggest acts in the world. Violator reached No. 7 in the States, stayed on the chart for 74 weeks and was certified triple platinum. The immensely popular World Violation Tour followed.

In 2020, Depeche Mode were inducted into the Rock & Roll Hall of Fame. “Growing up, listening to music on the radio and having music, it really kind of helped us to feel normal, feel part of something,” Gahan said during their acceptance speech. “That’s what music does for people, and I think that’s what Depeche Mode has done for many people. I think music really brings people together, and God knows we need that more today than it seems any other time.”

“We were realistic – we thought we’d have a few hits, and then we’d go away,” Fletcher told Consequence in 2017. “Really, it’s like a dream come true to be here now, to have done so much, to have so many fans. It’s just a fantastic feeling.”