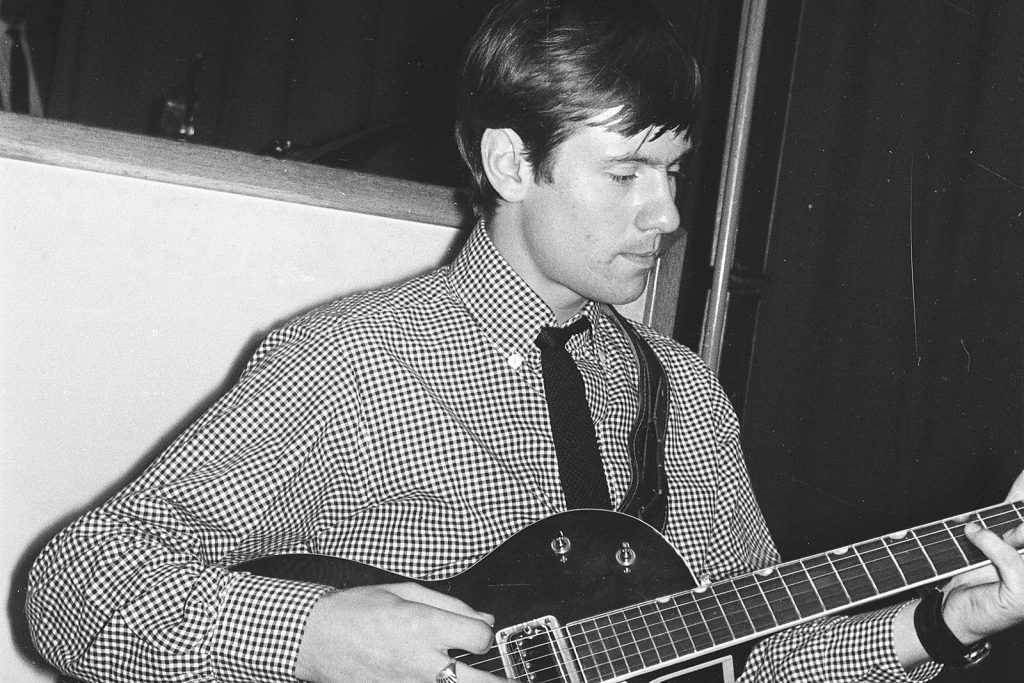 Hilton Valentine, the founding guitarist of the Animals, has died at the age of 77.

The news comes to us via Valentine’s wife, Germaine, via an e-mail from Bob Merlis, the publicist for the Animals’ label. The cause of death was undisclosed.

Born May 21, 1943 in North Shields, Northumberland, England, Hilton Valentine, like so many other British kids at the time, was smitten with skiffle. He began playing guitar at 13 after seeing Lonnie Donegan perform “Rock Island Line” on a television show called The Six Five Special. He formed a group called the Heppers, and, when they switched to rock n’ roll, changed their name to the Wildcats.

By 1963, their success in the Newcastle area caused other local musicians to take notice, particularly keyboardist Alan Price, bassist Chas Chandler and singer Eric Burdon. They asked him to join an R&B-based group they were forming. John Steel joined soon thereafter, and they became the Animals. Within a year, the band had moved to London and signed with Columbia.

“It really was Hilton who made the early Animals a rock band,” Burdon told Guitar International, “because I don’t think the element of rock was in the band until we found him. In those days, Hilton wasn’t just playing rock ‘n’ roll, he looked rock ‘n’ roll. Here was a guy with the greased mop of hair combed back, cheap leather jacket, winkle picker shoes, black jeans and a smile on his face playing through an echoplex, which was a secret weapon back then.”

Their first single was “Baby Let Me Take You Home,” a rewrite of the folk song “Baby Let Me Follow You Down,” which Bob Dylan covered on his debut. It only got as high as No. 21 in the U.K. chart, but their next single blew them up. A radical reinterpretation of a traditional New Orleans folk tune about a prostitute, “House of the Rising Sun” — powered by Valentine’s opening guitar arpeggios — went to No. 1 on both sides of the Atlantic.

Watch the Animals’ Video for “House of the Rising Sun”

Several more hits followed in the next few years, most notably “Don’t Let Me Be Misunderstood,” “We Gotta Get out of This Place,” “Don’t Bring Me Down” and “It’s My Life.” But by the end of 1966, the group had split up due to financial issues, with Burdon forming a new version of the group. Valentine moved to the U.S. and put out a solo album in 1969 called All in Your Head.

Valentine participated in a couple of reunions of the original lineup, with new albums coming in 1977 and 1983. The Animals were inducted into the Rock and Roll Hall of Fame in 1994, although they did not perform during the ceremony, which Burdon did not attend.

In later years, Valentine returned to his skiffle roots with a band called Skiffledog that toured frequently and put out a couple of records. His last album was 2011’s holiday-themed Merry Skifflemas!, which he recorded with Big Boy Pete.