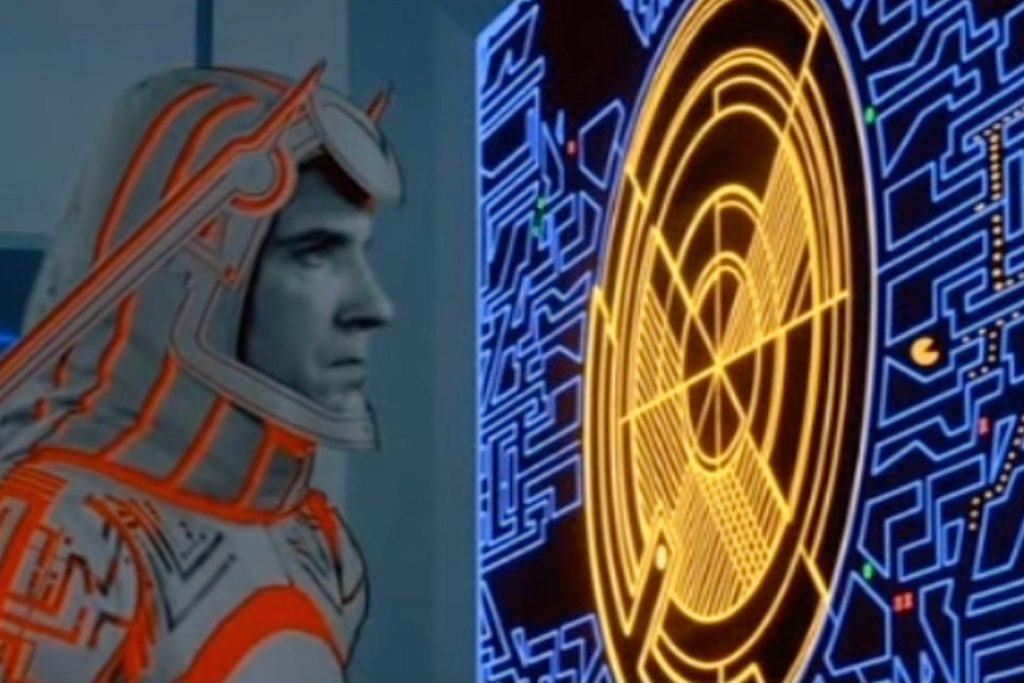 When Pac-Man was released in 1980 — featuring a yellow circle with a mouth that a player piloted around a maze eating dots while being chased by four ghosts — there was no indication that it would become perhaps the most influential video game of all time. But two short years later, an Easter-egg appearance in the Disney film Tron was already cementing Pac-Man’s place near the top of pop culture.

What’s often now referred to as the “golden age” of arcade games kicked off in 1978 with the release of Space Invaders by Japanese company Taito. (The game, like so many, was licensed Midway for release in the U.S.) It was a hit, rapidly appearing in bars, bowling alleys and restaurants throughout America.

Galaxian, by Taito’s Japanese competitor Namco, appeared in 1979, and the American company Atari debuted Asteroids that same year. The release of Missile Command and Rally-X, along with a host of less-well-known games, followed in 1980. Then the floodgates opened the following year, and out rushed a host of classics: Centipede, Donkey Kong, Frogger, Tempest and Galaga. By 1982, with the release of titles like Burger Time, Dig Dug, Joust, Pole Position, Q*bert and the game version of Tron, an entire subculture had been created. Games of every description filled video arcades in almost every American town, where kids could hone their skills one hard-earned quarter at a time.

Amid this cultural phenomenon, the appearance of Pac-Man, created for Namco by game designer Toru Iwatani, was initially just a blip. Most executives at the company even believed that it would be less popular than their other 1980 game, Rally-X. But by year’s end, it was the most profitable arcade game in the U.S., earning $8 million a week. And when Atari released a version suited to home-gaming consoles — followed by the release of Ms. Pac-Man, which was essentially the same game but with a female protagonist — it seemed like the little yellow dot-eating man was everywhere.

The next step was for Pac-Man to spread outside the world of gaming, and it did so with a vengeance, beginning on July 9, 1982, with the release of the movie Tron. One of the first films to use computer-generated imagery (CGI), the film tells the story of a software engineer (played by Jeff Bridges) who gets sucked into the electronic world of a video game, where he must do battle with the evil program that runs the game (a precursor of our notion of A.I.) to help the good programs and escape back to his world.

The film was already deeply tied into the universe of video games — an arcade game based on the movie was released a month after the film’s opening weekend — but it also contained the first appearance of Pac-Man in another medium. In a scene from the movie, one of the villains stands staring at a maze-like schematic, in the corner of which is Pac-Man, along with a number of the famous yellow dots that he eats.

The scene served as an enduring symbol of the fame Pac-Man had already accrued and also as a signal of what was to come. As with other ’80s icons like Garfield the cartoon cat and the Chia Pet, the little yellow hero was soon being spotted everywhere. It played a large part in the 1983 comedy film Joysticks — about an arcade owner who has to try to stop his business from being shut down because video games are disreputable — and soon began popping up in numerous other mediums.

Pac-Man and Ms. Pac-Man appeared in the seminal comic strip Bloom County and in kids’ shows ranging from Arthur to My Little Pony to The Adventures of Jimmy Neutron: Boy Genius, along with kids’ book series like Diary of a Wimpy Kid. They made it into episodes of Taxi, Friends, Scrubs, South Park, The Simpsons, Family Guy and The Office. The ghosts appeared as invincible Easter-egg villains in the game Wolfenstein 3D, and the rap-rock band Bloodhound Gang incorporated a decrepit, drug-using parody of Pac-Man in a song.

The yellow dot-devourers also kept up their appearances on the big screen, showing up in movies as varied as Wayne’s World, Man on the Moon, Masters of the Universe, Wreck-It Ralph and Scott Pilgrim Vs. the World, and serving as the main bad guy in 2015’s Pixels, which also featured an actor playing creator Toru Iwatani, along with the man himself making a brief cameo.

It’s impossible to tell exactly why Pac-Man became such an astounding cultural icon, but the secret may lie in its visual and gaming simplicity. Unlike most early arcade games, which featured a joystick and a firing button (or occasionally, as with Robotron: 2084 or Karate Champ, two joysticks), Pac-Man had only one control, a joystick. It also featured a seductively simple objective: Run around and eat all the dots in a maze before one of the ghosts — endearingly named Inky, Blinky, Pinky and Clyde — gets you.

But most of all, Pac-Man had the most visually simple style of any arcade game protagonist: a yellow circle, with a missing slice for its mouth. This, combined with the repetitive dot-gobbling sound effect, epitomized the hypnotic simplicity that defined so many early arcade games. And it also made it a perfect choice for anyone who wanted to reference the ’80s or gaming culture in their movie, show, cartoon or book.