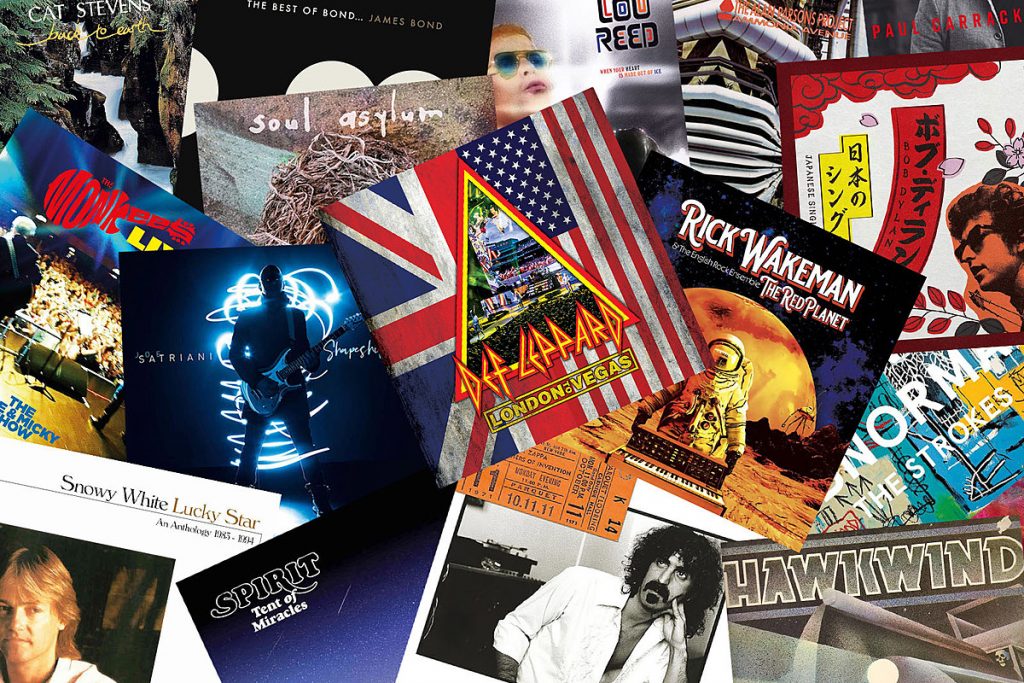 As with so many things, April 2020’s slate of new music releases was broadly impacted by the coronavirus pandemic.

Record Store Day got shifted to June 20 in the wake of the emerging crisis, and with it went a lengthy contingency of albums and singles. Ex-Styx frontman Dennis DeYoung‘s seventh solo studio LP – and first in more than a decade – was also pushed back. So was a new live album by Nick Mason‘s Saucerful of Secrets, which spotlights the early days of Pink Floyd, along with the newest studio records from Yes guitarist Steve Howe and former Doors guitarist Robby Krieger.

Yet April, as with hearty citizens everywhere, soldiers on. Music will still be played, and records will still be released. Our remaining list of April 2020 new music releases is highlighted by Def Leppard, Joe Satriani, Rick Wakeman and the Monkees. (For now, anyway. As with those earlier delayed albums, this schedule is subject to last-minute coronavirus-related changes.)

Def Leppard’s new live project combines a December 2018 concert at London’s O2 Arena, where the band performed 1987’s Hysteria in its entirety, with a date from their recent Las Vegas residency at Planet Hollywood. Wakeman is making a return to full-scale progressive rock, while Satriani advanced his next album with a single designed to sound like his first band, the Squares. The 24-song The Mike & Micky Show Live captures surviving Monkees members Micky Dolenz and Michael Nesmith during a 2019 performance.