Aretha Franklin Arrives on ‘I Never Loved a Man’ 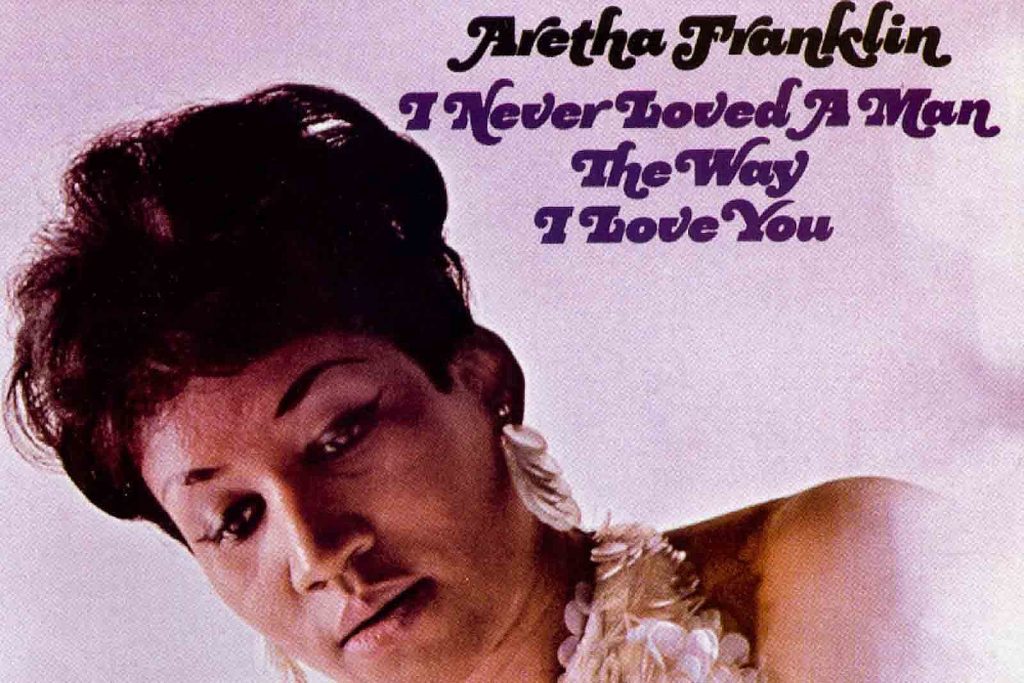 Aretha Franklin was already a decade-long veteran in music with nine albums to her name when she released the LP that would earn her the royal title of Queen of Soul on March 10, 1967. From that point on, things would never be the same for her – or for soul music, which found a new voice for its struggles and celebrations.

The gospel-singing daughter of a Baptist minister was just 14 when she released her first single in 1956. It didn’t go anywhere; neither did the nine albums she made with Columbia Records starting in 1961 that positioned Franklin as a jazz singer, a blues singer, a singer of standards and, occasionally, an R&B singer. She hit the Top 40 once during this period and just barely at that, when “Rock-a-Bye Your Baby With a Dixie Melody” stalled at No. 37. When the 24-year-old Franklin left the label in late 1966, she owed it money because of how poorly her records sold.

Jerry Wexler coaxed her to sign with Atlantic and zeroed in on her greatest asset: Franklin’s big, gospel-trained voice. They soon got to work melding church music with R&B, which was going through changes by mid-decade as it transformed into the more visceral subgenre of soul.

Over the next few weeks, this time at Atlantic Studios in New York City, they recorded the remaining nine tracks that made up I Never Loved a Man the Way I Love You.

The songs came from a variety of sources: some originals (“Dr. Feelgood,” “Save Me”), songs that sounded like they were written especially for Franklin (“I Never Loved a Man,” “Do Right Woman – Do Right Man”), two Sam Cooke covers (“Good Times,” and a stirring, album-closing version of “A Change Is Gonna Come”) and an Otis Redding cover that Franklin rewrote, reframed and made into one of the greatest songs to come out of the fertile period.

Redding’s version of “Respect” was a typical raise-the-roof-and-then-let’s-burn-the-barn number by the late soul legend, highlighted by his signature southern vocal grit and complementary horn splatters. It was originally released on his classic 1965 album Otis Blue/Otis Redding Sings Soul and reached No. 35 when issued as a single. It was pretty much a song about a working man demanding respect from his wife when he comes home. Franklin turned it into something else entirely.

Besides a slight change of gender perspective (“All I’m asking is for a little respect when you get home”), the lyrics between the two versions are virtually the same. It’s everything else that changed, particularly a more immediate and driving rhythm (arranged by Franklin, who also played piano) and a pair of vocal additions: a “sock it to me” refrain sung by Franklin and her sisters Carolyn and Erma, and the spelling out of the song’s title – letter by letter – during its climactic moment.

In essence, Franklin turned Redding’s date-stamped domestic demand into both a feminist and civil rights anthem. And it was more or less part of the spontaneous feeling that fueled the sessions. “I don’t think it’s bold at all,” Franklin told the Detroit Free Press in 2017, a year before she died. “I think it’s quite natural that we all want respect — and should get it.”

That uninhibited exuberance carries over to the rest of the album, one of the greatest ever made. “I Never Loved a Man (The Way I Love You)” became Franklin’s first Top 10 hit; “Respect” was her first No. 1 (both singles reached the top of the R&B chart). “(You Make Me Feel Like) A Natural Woman,” written for Franklin by Wexler, Gerry Goffin and Carole King, was recorded during the fruitful sessions but not released as a single until September and then included on January 1968’s Lady Soul, Franklin’s third Atlantic album in 10 months.

After almost a dozen years and almost as many albums, Franklin had finally arrived. I Never Loved a Man the Way I Love You made it to No. 1 on the R&B album chart (where it stayed for 14 weeks) and No. 2 pop, launching an artist who helped define more than just a genre and era.

More so than any of her influences, peers and disciples, Franklin worked her way into a song, almost becoming the most necessary thread of the fabric. She was even more ingrained on later records, but she never sounded as purposeful as she did on her longtime-coming breakthrough.