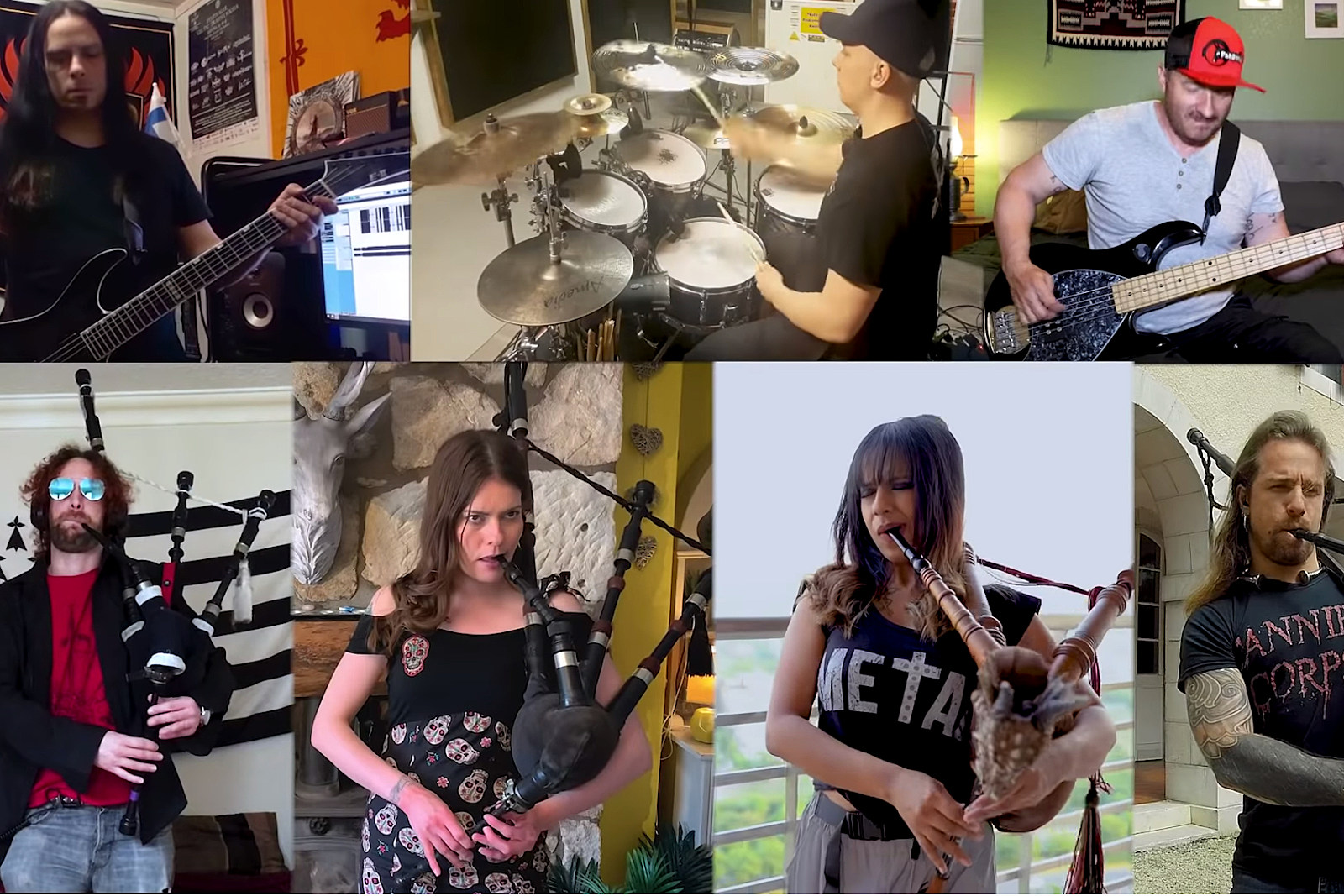 A band of bagpipers have released their own unique rendition of Europe‘s classic hit “The Final Countdown.”

The cover was the brainchild of musician Archy J. – aka the Snake Charmer – a bagpiper from New Deli regarded as “India’s First Professional Female Bagpiper” (that’s her in the video with dragon-headed bagpipes).

To pull the epic cover off, Archy J. recruited like-minded musicians from across the globe, amassing a total of nine artists spread out in seven different countries. The result is a Celtic-metal hybrid, with a chugging bass line, thunderous drums, and, yes, plenty of bagpipes.

In her description of the cover, Archy J. refers to the Europe original as “legendary,” adding that the new version was designed to give the song “a twist on the bagpipes to hype it up.”

The musician also informed all viewers that the cover was recorded following social distancing protocol. “Let this be a Final Countdown to throw coronavirus out of this world,” she remarked in closing.

Watch the bagpipe rendition of “The Final Countdown” below.

Released in 1986, the original quickly became one of the biggest hits of Europe’s career. The single topped the charts in eight different European nations, while peaking at No. 8 in the U.S. on the Billboard Hot 100. The song’s popularity helped Europe’s 1986 LP, also called The Final Countdown, reach multi-platinum sales.

“The Final Countdown” has also maintained pop culture longevity, appearing in everything from the film Pitch Perfect to GEICO insurance commercials. A running gag on the television series Arrested Development featured failed magician Gob Bluth (Will Arnett) using the song as his stage introduction music.