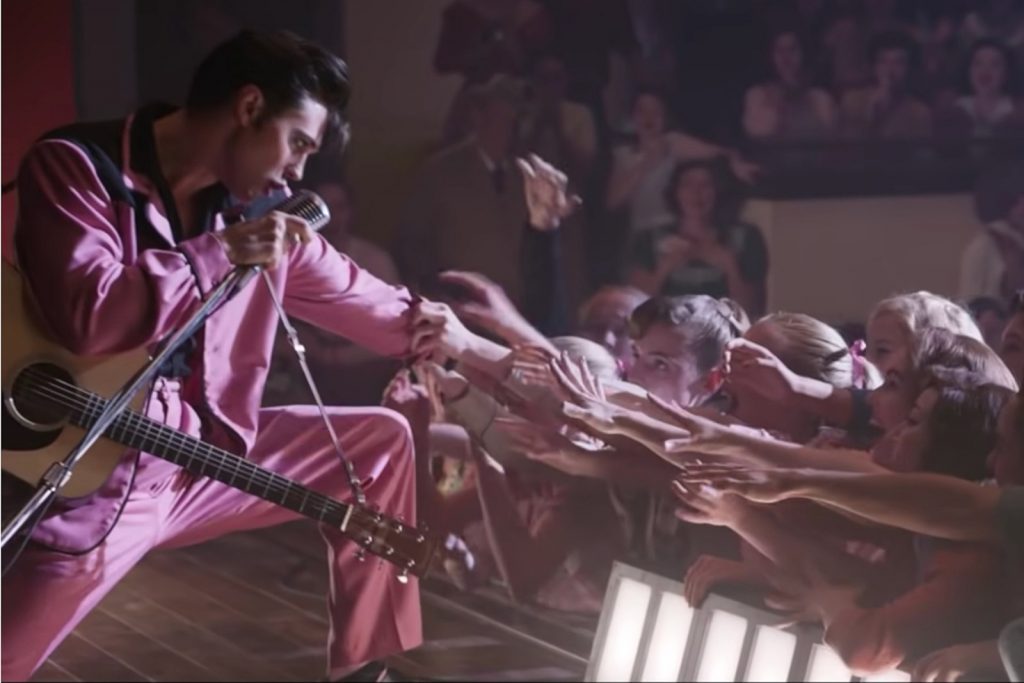 Fans expecting Baz Luhrmann’s Elvis to be a true-to-life biopic may be disappointed. At a recent media event, the director revealed his film will definitely have elements of fantasy.

“If it feels a little like a superhero film, it is,” Luhrmann declared during his appearance at the annual CinemaCon event in Las Vegas. “Elvis is kind of the original superhero. He rises so high, then finds his kryptonite and falls so low and then a beautiful, powerful tragedy ensues.”

Luhrmann further hinted that the film’s story will be told through the “prism of Tom Parker,” Presley’s colorful manager, played by Tom Hanks. Though Elvis “isn’t so much a biopic” in the traditional sense, its foundation still stems from real-life events. Luhrmann opted to use the King as his centerpiece to explore the changing American culture throughout the ‘50s, ‘60s and ‘70s, because “Elvis was at the center of the culture.”

“A large chunk of the film is reality,” the director further explained, “but there’s a touch of the film that’s a morphine dream from Tom Parker.”

As for the film’s music, fans can expect a steady diet of Elvis hits, though they may not be delivered in traditional fashion. Deadline noted that footage shown during the CinemaCon event included “a hip hop version of ‘Nothing But a Houndog.’”

“You will hear the classics, you will see the story of Elvis, but we’ve translated that for a new generation,” Luhrmann noted.

Joining the director at CinemaCon was Austin Butler, the actor who stars as Presley in the film. “The main thing, I set out to find his humanity,” he explained of the role, before borrowing a page from Luhrmann’s superhero analogy. “[Elvis is] one of those individuals who reached up to an iconic status, he seems like superhuman.”