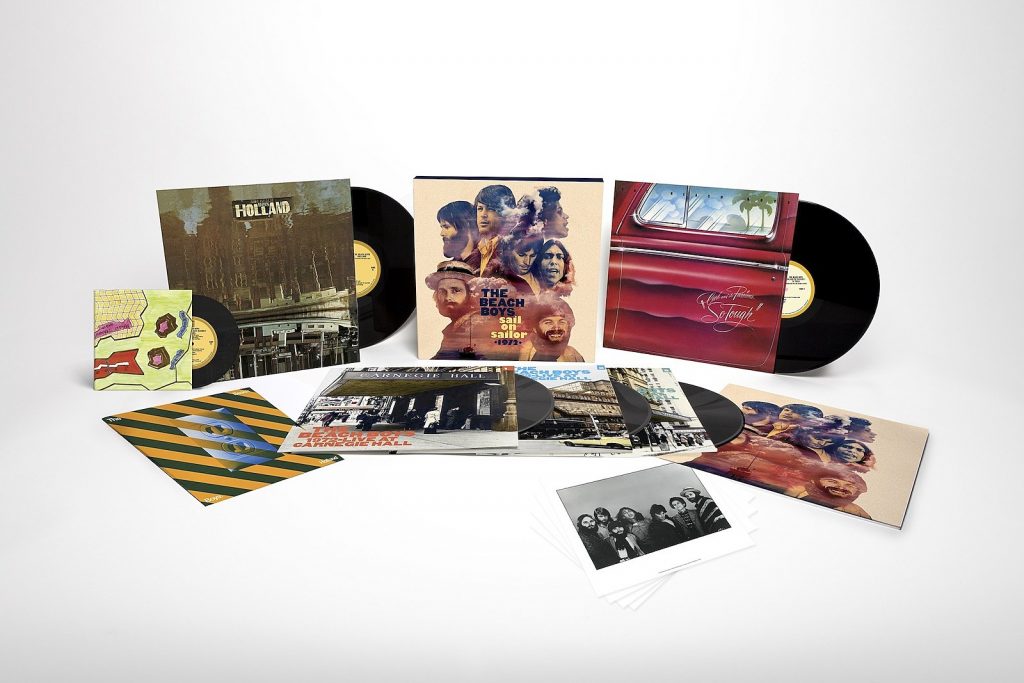 The collection includes newly remastered versions of both albums, plus Holland’s Mount Vernon and Fairway (A Fairytale) EP (with its original instructions: “Please listen in the dark”) and a previously unreleased concert recorded at New York City’s Carnegie Hall on Thanksgiving 1972.

Produced by Mark Linett and Alan Boyd, the six-CD/five-LP box set also includes various unreleased outtakes, alternate mixes, a cappella versions of songs and more. Of the 105 tracks, 80 have never been released before. The super deluxe edition also comes with a 48-page booklet with liner notes by Howie Edelson, containing both new and archival interviews with the Beach Boys, rare photos of the band, producer notes from Linett and Boyd, promotional memorabilia and more.

Sail on Sailor –1972 is available for preorder now.

You can see a complete track listing below, as well as listen to the first release from the collection, a live recording of “You Need a Mess of Help to Stand Alone,” from Carnegie Hall in 1972.