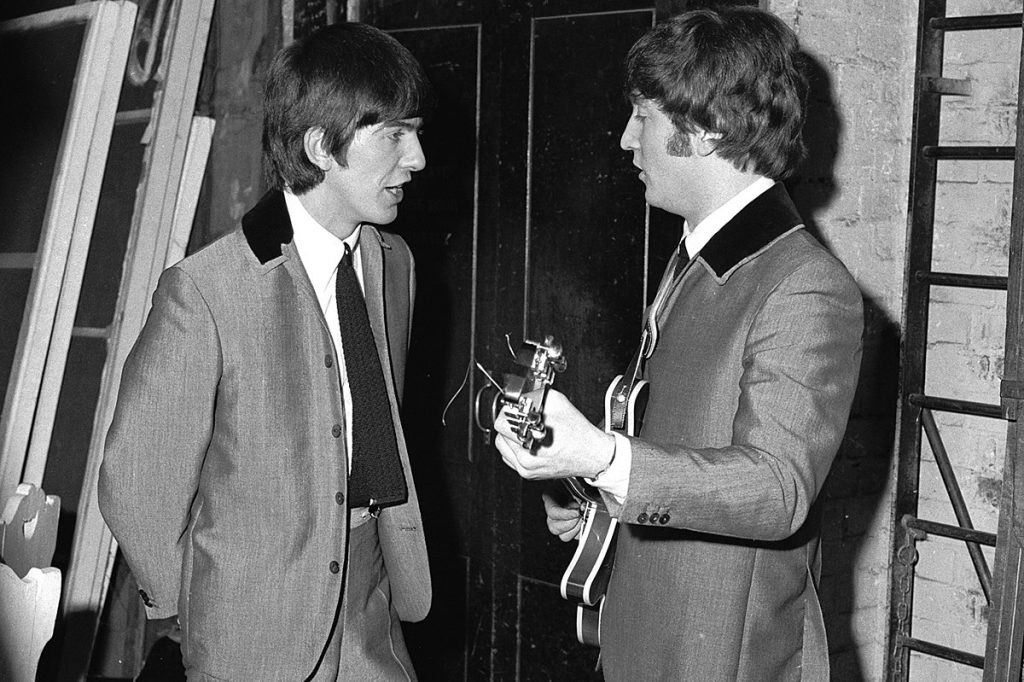 When George Harrison gifted a guitar to a man he said could make better use of it, the new owner could never have imagined what it might be worth one day.

But on the latest episode of the long-running BBC TV series Antiques Roadshow last night, he was told it was worth something in the region of $511,000.

Members of the public are invited to bring their cherished items to be appraised by experts on the show, which doesn’t involve the buying or selling of items and doesn’t give the full names of the people who bring them in for appraisal.

The prototype fretless guitar was made between 1964 and 1968 by Bartell of California. The company’s owner, a Beatles fan, gave one to John Lennon and one to Jimi Hendrix. Lennon passed his to Harrison, who eventually gave it to current owner Ray, a session musician at the time.

“One of the things I used to do regularly was sessions for Handmade Films, which George Harrison started,” Ray explained. “At the end of [one] session, George said to me, ‘I’m not sure what to do with this, but you have a go.’ I just got handed a guitar. It’s a strange thing to play. I played a few notes and he said, ‘Yeah, you’re definitely getting more out of it than I am. It’s doing better for you. Why don’t you have it?’”

“I think in 25 years it’s by far the most expensive thing I’ve ever seen,” said valuer Jon Baddeley. “It’s initially a very rare guitar. Then to somebody who’s a Beatles fan, to own a guitar that was once owned by both John Lennon and George Harrison – can you get a better history? Two of the most important rock stars of the 20th century.”

Ray – who briefly played the guitar on the show and also provided a photograph showing Harrison with the instrument in his collection – didn’t disclose whether he planned to sell it.

“Would you like a drink?” was his initial response, before he added, “I never really thought about value, George being a mate and all that. … I don’t know what to say, actually. I’m really taken aback by it. I didn’t realize it was worth that much money. … It’s lucky I don’t keep it in the house.”