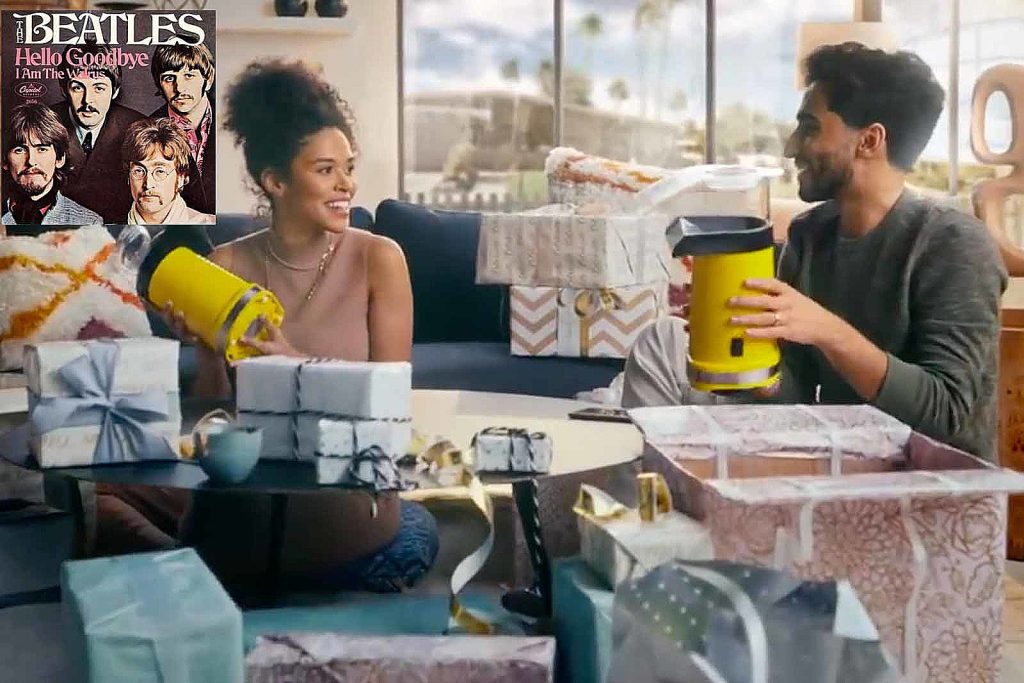 The marketplace app Mercari is using a cover of the Beatles‘ “Hello, Goodbye” in a new commercial that will run during this year’s Super Bowl.

The clip, titled “Get Your Unused Things Back in the Game,” shows a couple laughing at having received two hot-air popcorn makers as gifts. The man calls up the Mercari app and takes a picture of one of the poppers. The clip ends with the machine being used by other people as they watch a game.

The 15-second commercial is the second spot in a campaign that uses this recording of “Hello, Goodbye.” The first arrived in December.

“At its core, Mercari is about connecting people,” Walter Hangad of Mercari said in a press release. “When people shop on our platform, they are discovering items that will breathe new life into their space. As a seller, they are passing meaningful items on for others to enjoy. We chose ‘Hello, Goodbye’ from the Beatles for this campaign because it perfectly amplifies this concept, as well as the emotion behind it — one person says ‘goodbye’ to something they love so another can say ‘hello’ to a delightful new find.”

As Steve Diamond of Rain the Growth noted, issues in casting caused by the ongoing coronavirus pandemic wound up having a benefit in the finished spot.

“The challenge was evoking the satisfaction people have when they pass things along – and the connection that exists between sellers and buyers when that happens,” he explained. “To make this genuine – and because of COVID – we used actors who were already living together, so their feelings and emotions were authentic with each other. The result is a campaign that shows buying and selling with meaningful connections for everyone involved.”

Super Bowl LV will be held on Feb. 7, with the Kansas City Chiefs taking on the Tampa Bay Buccaneers at Tampa’s Raymond James Stadium. It’s the first time a team will play the Super Bowl in its home stadium.