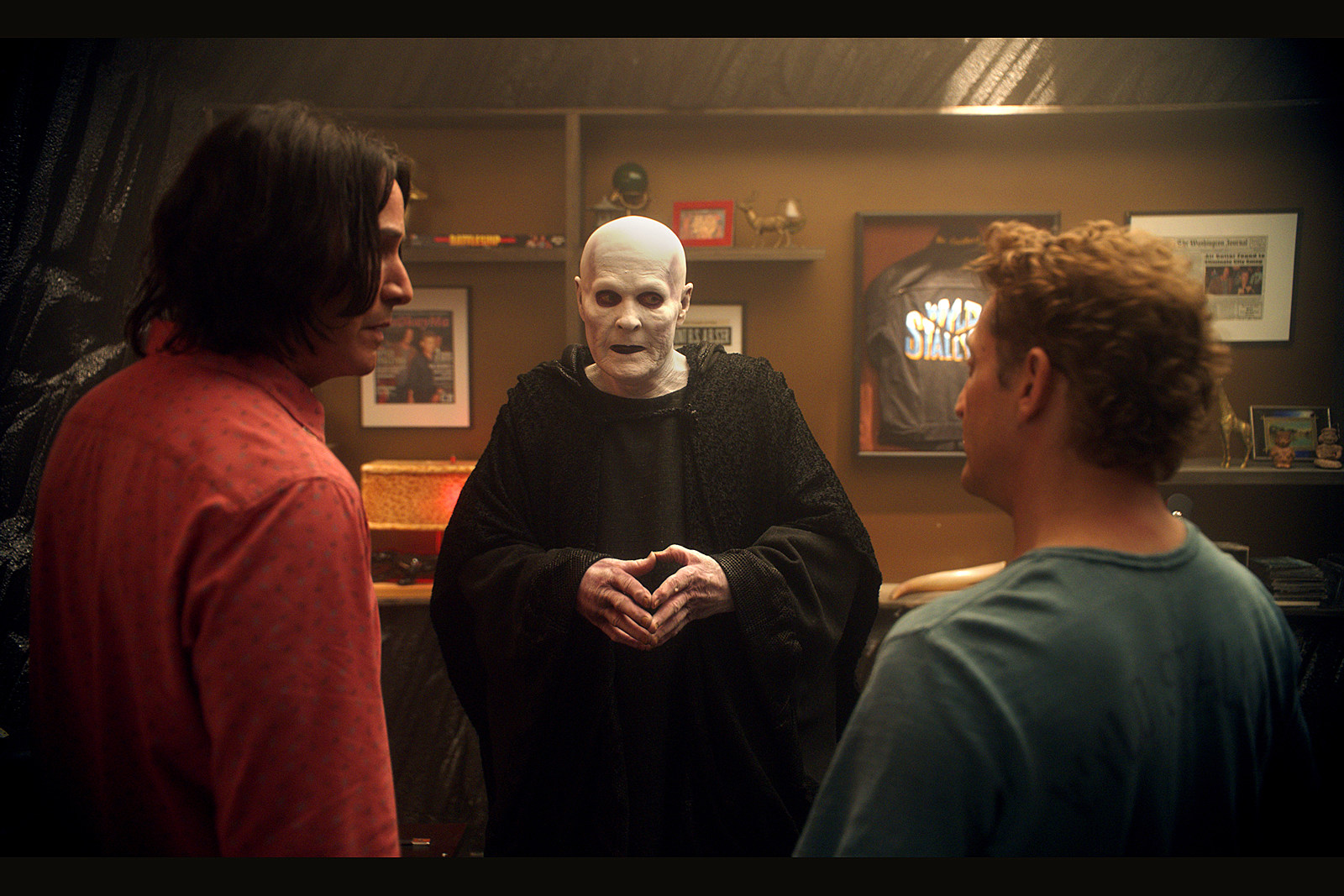 Before actor William Sadler started a long and successful acting career that includes portraying the Grim Reaper in the past two Bill & Ted movies, he played guitar in a rock ‘n’ roll cover band.

But even before that, he tried his hand at banjo-based comedy. “I called myself Banjo Bill Sadler, and I played the banjo and told jokes in high school,” he tells UCR. “I was a senior in high school around Buffalo, playing at parties and conventions, things like that.”

After unknowingly and unsuccessfully trying out vaudeville-style jokes about doctors on a room full of proctologists, Sadler hung up his banjo. “Somewhere in high school, I discovered girls,” he recalls. “I got an electric guitar, an Epiphone Sorrento, in 1965. I still have it. We started a garage band called the Night Riders. We played school dances and parties and sock hops and anywhere we could, battles of the bands. We were doing great, but it was a cover band. It was rock ‘n’ roll. Every band back then knew how to play ‘Louie Louie’ and ’96 Tears.'”

Sadler’s favorite bands were the usual heavy hitters: the Rolling Stones, the Beatles, Creedence Clearwater Revival. “The late ’60s is when my interest in rock ‘n’ roll really took off, the Kinks and the Who and a lot of the British Invasion acts,” he notes.

“We were pretty good, we played all over the place for a couple of years. And then I went away to college because the Vietnam War was raging. You could get a student deferment at the time. You didn’t have to go straight to Vietnam from high school if you went to college. And I discovered acting about the same time. I don’t know if it was more fun, but I didn’t want to do covers all my life. Even then I realized that no matter how well you play it, the Stones did it better than you will. You’ve gotta write you own stuff, you’ve got to create it.”

Nearly 30 years after practically stealing 1991’s Bill & Ted’s Bogus Journey from stars Keanu Reeves and Alex Winter with his portrayal of Death, Sadler was thrilled to return to the role.

“It was a blast,” he says. “I didn’t think it was ever going to happen. After the first decade, I thought, ‘There’s not gonna be a third movie.’ I really enjoyed doing Bogus Journey – it’s the biggest funniest role that I’ve played. In the back of my mind, I was always thinking it would be fun to do it again. But I didn’t really expect it to happen, because it had fallen through so many times. I was very jazzed to get back in the black robes and do it.”

Sadler says the chemistry between himself and the movie’s stars was still there. “The process wasn’t different, the technology has gotten better,” he explains. “It’s a freaking digital world now. And that’s great that technology has changed. But the interaction with your fellow actors, the job for the actor, hasn’t changed. You’ve gotta cook it up.

“It was terrific to see the guys again after all that time. I didn’t quite know what to expect, because 29 years had gone by. I was really pleasantly surprised when we all landed on the set together finally and started doing these scenes. It was as if no time had passed at all. The stuff just came alive again, the way it did during Bogus Journey. I think we’re all probably better actors, too. I think I am. You better be getting better if you do it long enough.”

Still, Sadler says if it wasn’t for the makeup department, he may not have even landed the role in the first place. “I came in and auditioned, they put me on tape, and about three weeks later, I didn’t hear anything,’ he remembers. “The casting person called me up and said, ‘Bill, we need you to come back in and do it again. But they think you’re too young. Can you go to a Halloween store and put some gray in your hair and black out your teeth, and come in tomorrow and do it?’ And I thought, ‘Well, that’s going to really suck.’

“So, I called the makeup man from Die Harder, Scott Eddo, and told him my problem,” he continues. “He said, ‘Come on over to my house in the morning and I’ll put makeup on you. I’ll make you look old.’ And he did, he made me look like a believable 70- or 80-year-old. I got in my car with the makeup on, did the audition again and got the role. They were looking at actors like Christoper Lloyd and Christoper Lee, you know, old. He’s Death, he should be like 10,000 years old. I almost didn’t get the job because I looked too young.”