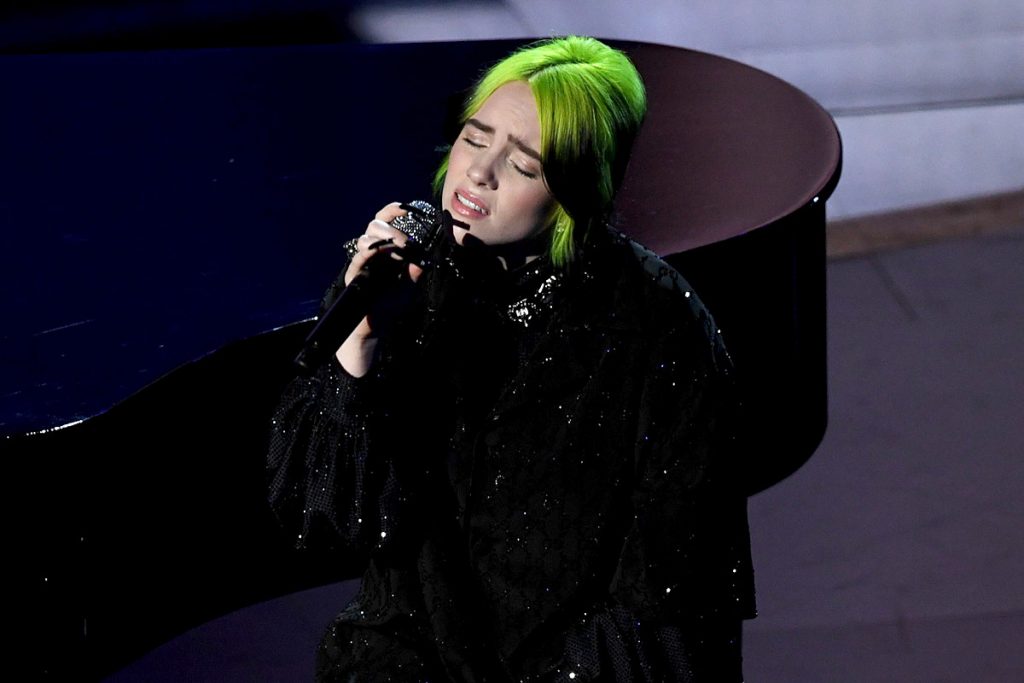 Alternative pop-rock star Billie Eilish delivered a poignant rendition of the Beatles’ “Yesterday” at the 2020 Academy Awards. The touching performance came during the ‘In Memoriam’ segment of the award show’s broadcast.

Eilish — known for her chart-topping hits “Bad Guy,” “Bury a Friend” and “All the Good Girls Go to Hell” — took a subdued approach to her Oscars appearance. Accompanied by her brother and collaborator Finneas on the piano, the singer stayed seated while soulfully crooning her way through the iconic track. Images of deceased luminaries from the film industry played during Eilish’s moving performance.

Released in 1965, “Yesterday” became one of the most beloved tracks in the Beatles’ catalog. The ballad is regularly listed among the greatest songs ever written and has been recognized as one of the most covered songs in music history. Among its many honors, the song was inducted into the Grammy Hall of Fame in 1997.

The Academy Awards performance adds to what’s already been a banner 2020 for Eilish. In January, the songstress won five Grammy Awards, including ‘Best New Artist,’ ‘Record,’ ‘Song’ and ‘Album of the Year.’ Around the same time, the singer was announced as the artist behind the next James Bond theme song. The 18 year old star embarks on a world tour starting in March.

Eilish adds her name to the growing list of modern stars who have performed during the Oscars ‘In Memoriam’ segment. In 2018, Pearl Jam singer Eddie Vedder covered “Room at the Top” at the awards. A year earlier, Foo Fighters frontman Dave Grohl delivered a touching rendition of the Beatles’ “Blackbird.”