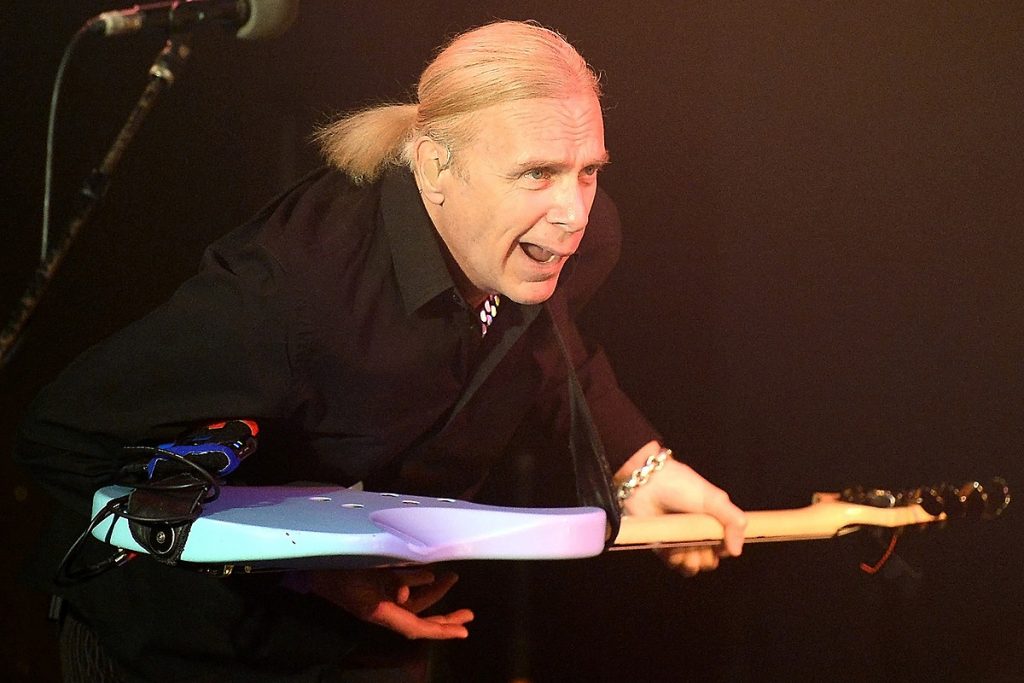 Mr. Big and Sons of Apollo bassist Billy Sheehan has clarified his comments about being asked to join Van Halen, emphasizing that no official offer was ever extended to him.

His clarification came after he’d discussed being in conversation with Eddie Van Halen on three different occasions in a recent interview.

Speaking to That Metal Voice, covered by UCR, Sheehan had said he’d been “offered the position as bassist three times through the years” and that, although he considered it a “great honor,” he’d been “torn” because of his affection of original member Michael Anthony. He’d continued: “And as much as I would have loved to do that, I want to see Michael in the band.”

In a new Facebook post, Sheehan said once again that he’d spoken to Eddie Van Halen on three occasions “where he asked me about being in his band,” no official offer was made. Calling the story “more fake news” he added: “They never followed through on any sort of an official offer and therefore I never ‘turned down’ any offer, because it eventually fell through. This is the result of recycling old news ( I’ve spoken of this before) because I thought I’d do a favor some little website that asked for an interview, and then they decided to make this the headline ( for clicks) and many other websites picked up the ‘story’ to get more clicks. Recycled, inaccurate and rebranded old news. Never happened.”

Sheehan appeared on Van Halen frontman David Lee Roth’s first two solo albums, Eat ‘Em and Smile and Skyscraper, in 1986 and 1988 respectively. He’d said conversations with Eddie Van Halen had taken place around 1981 and 1984, and then, “a few years back,” he’d jammed with the guitarist and drummer Alex Van Halen and the trio had “thought about doing something then,” although it “didn’t happen.”