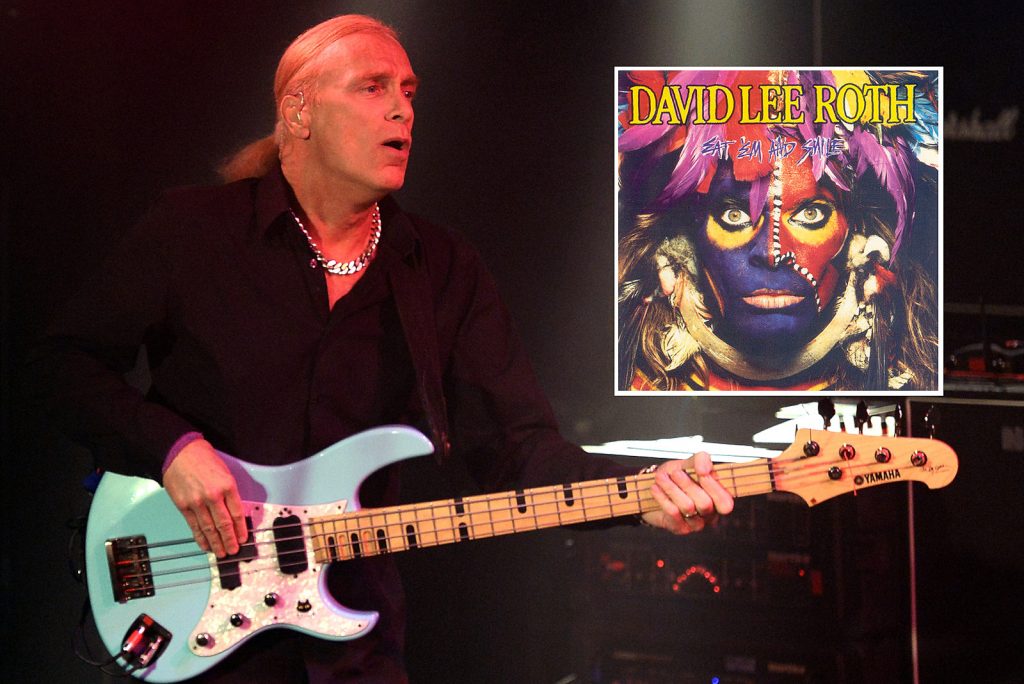 “I think I’m the only guy with it,” the rocker revealed during a conversation with the We Go to 11 YouTube channel (as transcribed by Blabbermouth). “They shot it pro. It’s Dave’s tour and Dave’s business, so I can’t do anything with it, unfortunately. At some point, maybe I’ll try and get in touch with Dave, ‘Do you wanna put this out?’ But I had a pro-shot [footage]… I forgot how I got it. As far as I know, nobody else has it. I just reviewed it the other day and backed it up again to another three drives to make sure I didn’t lose it.”

Roth’s Eat ‘Em and Smile lineup included Sheehan, guitarist Steve Vai and drummer Gregg Bissonette, along with touring keyboardist Brett Tuggle. The group embarked on an extensive trek from 1986-’87, performing more than 100 shows in support of Roth’s debut solo album. Fan footage from the tour has popped up on YouTube over the years, but professionally shot video has never been released.

“Back then, a video camera, to sneak it into a venue [was very difficult], but somehow people did. It’s pretty amazing. I mean, they were sneaking bottles of Jack Daniel’s in, and a camera wasn’t too far of a stretch during concerts in 1986 there,” Sheehan surmised.

The lineup has not performed together since ‘87, though some members have reunited at various times. A 2015 one-off reunion at a small Los Angeles club was shut down by the fire marshal before it even began.

As for whether his pro-shot footage could see the light of day, Sheehan insisted it’d be Roth’s decision.

“I’m not sure if it could be out someday, if Dave would be interested in doing it, but I’ve got it; it’s here for him,” the bassist noted. “If he wants it, I’ll be happy to put it on my Dropbox and send it over to him. But most of [the videos that are out there] are hand-held [clips], shaky with [muffled] audio. This one is — the audio is good; it’s not great. But it’s better than most of the hand-held camera things.”