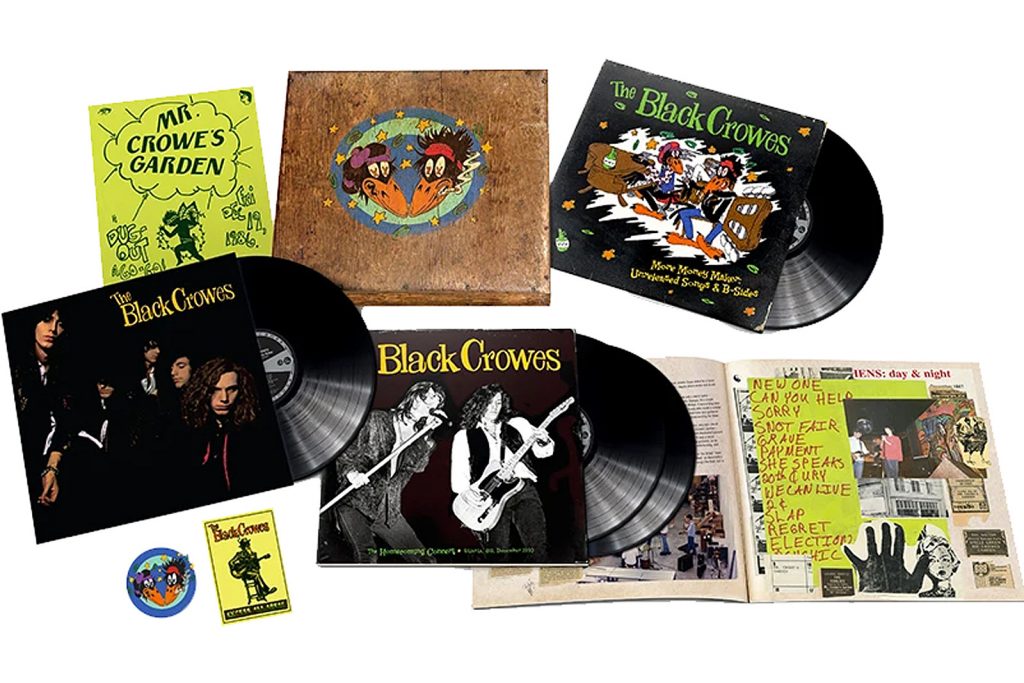 The Black Crowes have announced a 30th-anniversary reissue of their breakthrough debut album, Shake Your Money Maker.

The Super Deluxe version – available on either four LPs or three CDs – will include a newly remastered version of the original 1990 album, as well as three previously unheard studio recordings. One track, “Charming Mess,” is a song that was originally earmarked to be the Black Crowes’ first single but eventually left off Shake Your Money Maker.

Other material on the Super Deluxe edition includes two demos from the band’s early years (when they were known as Mr. Crowe’s Garden), a collection of B-sides and a previously unreleased 14-song concert recording from a 1990 performance in their hometown of Atlanta.

Reproductions of early band flyers, a tour laminate, a Black Crowes patch and a 20-page booklet highlight the collectibles included in the set.

You can listen to “Charming Mess” below.

The full track listing for the 30th-anniversary edition of Shake Your Money Maker, which will be released on Feb. 26 and available for pre-order now, is below.

Originally released in February 1990, the Black Crowes’ debut album defied rock sensibilities at the time. While spandex and hair metal were dominating the airwaves, the Crowes offered a back-to-basics approach, full of Southern-rock influences and Rolling Stones-style swagger.

The album would go on to sell more than 5 million copies, spawning radio favorites like “Jealous Again,” “Twice as Hard,” “She Talks to Angels” and a hit cover of Otis Redding‘s “Hard to Handle.”

The group had intended to celebrate Shake Your Money Maker’s 30th anniversary with a nationwide tour in 2020, but those plans were put on hold due to the coronavirus pandemic. A 2021 trek is tentatively scheduled to kick off in June.