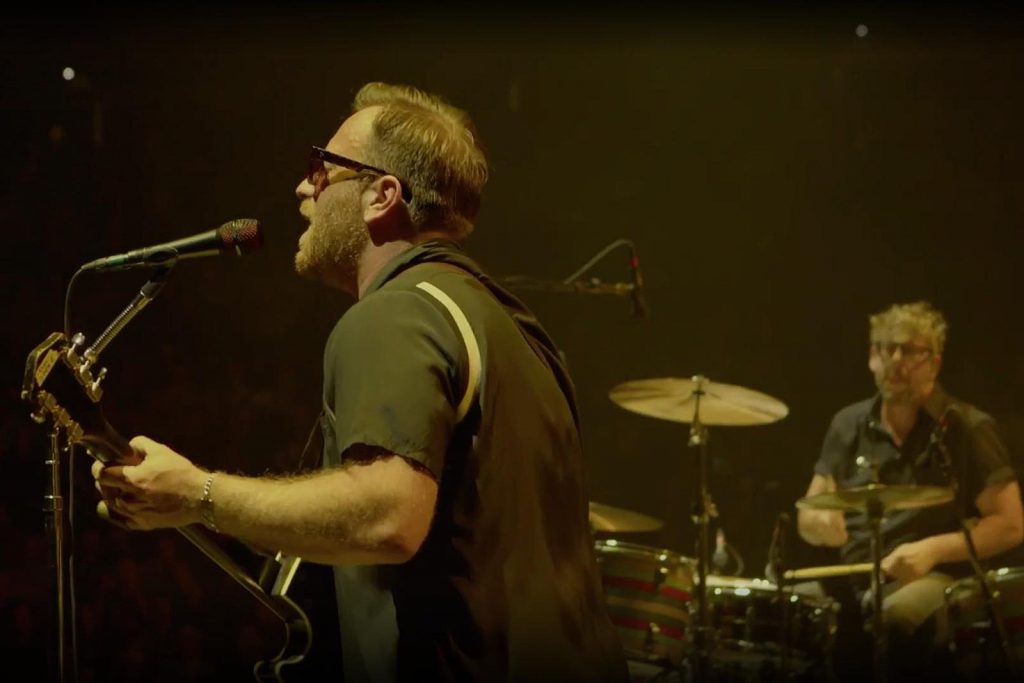 Akron-born co-founders Dan Auerbach and Pat Carney led the band’s expanded five-piece touring lineup through their most beloved hits during the 10-song set, which featured three selections from their 2011 album El Camino.

This isn’t the first time the Black Keys have teamed up with Walsh. Back in 2016, Auerbach played a surprise show with the legendary rocker and Glenn Schwartz, who played guitar in James Gang before Walsh joined the band. “He does insane stuff — his personality comes through in his guitar-playing. No fences. Totally unrestrained,” Auerbach said of Schwartz in 2004. “I love the fact that he’s ours — Ohio’s — and nobody else’s.”

Schwartz passed away in 2018. “Glenn was my biggest rock ‘n’ roll inspiration,” Auerbach told Cleveland Magazine at the time. “I saw him at Hooples when I was 18 and things were never the same for me. There would be no Black Keys without Glenn Schwartz, that’s for sure. I really miss him.”

Though born in Wichita, Kansas, Walsh considers Columbus his hometown, where he spent part of his childhood. “It all started in Ohio,” he said in an earlier statement. “Picking up my first guitar as a kid in Columbus set me on a musical journey to Kent State, Cleveland and then the world.”

For this year’s VetsAid, Walsh selected an all-Ohio bill. “I believe in Ohio and look forward to celebrating our musical legacy while honoring our veterans with VetsAid 2022,” Walsh said before the event.

Proceeds from VetsAid 2022 will specifically benefit Ohio veterans and their families. A livestream of the entire concert can be purchased on the Veeps website for $19.99, and can be re-watched for 48 hours after the event begins.

From lo-fi 8-track recordings to multiplatinum hits, a roundup of every studio LP by the blues-rock duo.