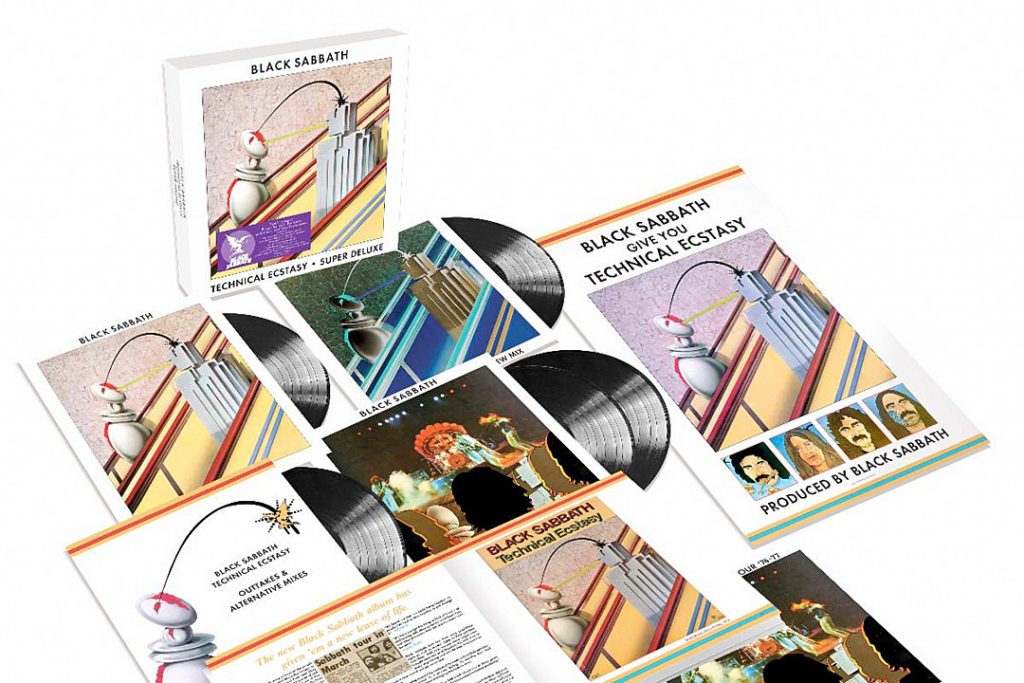 Black Sabbath will release an expanded edition of their 1976 album Technical Ecstasy on Oct.1.

The box also includes a book of artwork, liner notes and rare memorabilia, as well as a replica of the tour program book and a poster of the album’s original cover, which was designed by the legendary London-based design group Hipgnosis. The reissue will also be released as a five-LP vinyl set.

Technical Ecstasy, the band’s penultimate album with original singer Ozzy Osbourne before his departure in 1979, marked a significant moment in the group’s career. As much of the music industry turned their attention to punk’s rise, Black Sabbath stuck to their guns. Guitarist Tony Iommi buckled down the band and took responsibility for overseeing most of the album’s production at Miami’s Criteria Studios.

“Tony’s the one who’s always kept everybody together musically,” bassist Geezer Butler noted in the biography Black Sabbath: Symptom of the Universe. “He always believed in it, and he was the one who always used to give everybody a kick up the arse when we’d get despondent.” Technical Ecstasy reached No. 13 on the U.K albums chart and No. 51 in the U.S.