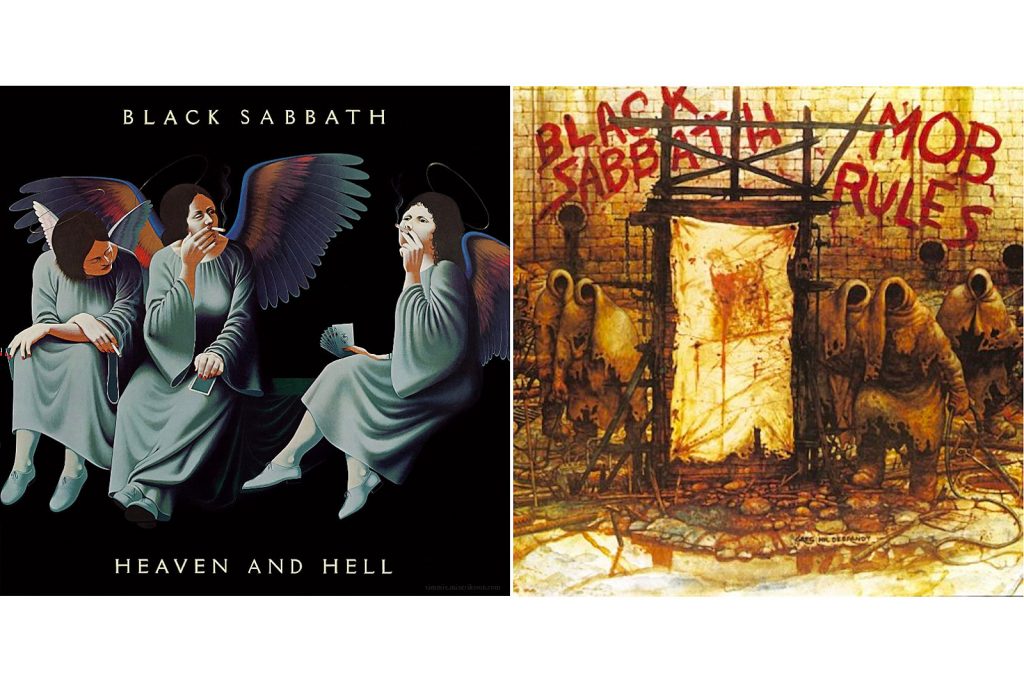 Black Sabbath have announced the reissue of their first two albums to feature Ronnie James Dio as frontman, 1980’s Heaven and Hell and 1981’s Mob Rules.

Heaven and Hell marked his triumphant debut with the group, delivering such classic tunes as “Neon Knights,” “Die Young” and the title track. Positive reviews and strong sales welcomed the album, and Sabbath soon returned to the studio with Dio to record a follow-up, Mob Rules. The 1981 LP – which also featured the arrival of drummer Vinnie Appice – boasted further classics, including “The Sign of the Southern Cross” and “Turn Up the Night.”

In addition to offering both original albums in remastered form, the new deluxe editions of Heaven and Hell and Mob Rules feature extensive bonus material. The former includes live versions of “Children of the Sea” and “Neon Knights,” which were previously unreleased in North America, while the latter offers an entire concert recorded in 1982 in Portland, Ore., that has never been released anywhere.

In anticipation of the reissues, live versions of both respective title tracks have been released. You can listen to them below.

The Heaven and Hell and Mob Rules deluxe editions will be sold separately, with CD, vinyl and digital versions available. Both reissues arrive on March 5.

The complete track list for both deluxe editions can be found below.