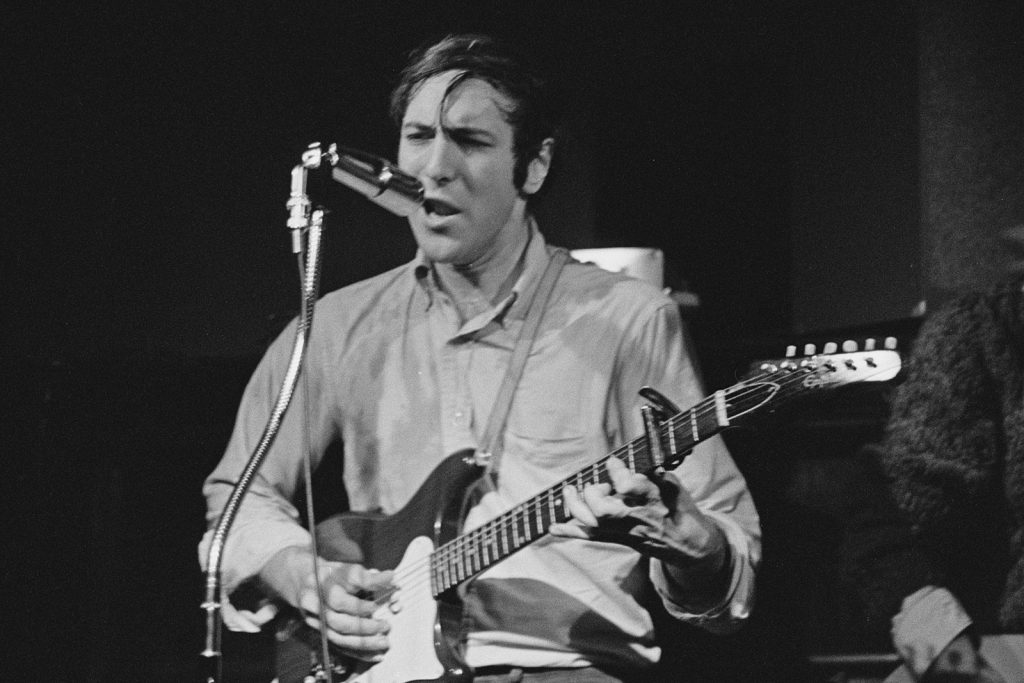 Danny Kalb, guitarist for the Blues Project, has died at age 80. He passed away Saturday at a nursing home in Brooklyn.

The news was confirmed by Kalb’s brother Jonathan, who told The New York Times that his brother had been diagnosed with cancer about three years ago.

Born Daniel Ira Kalb in Brooklyn, the guitarist grew up in Mount Vernon, N.Y., and started playing when he was 13. He attended the University of Wisconsin and was appearing at local coffeehouses when he crossed paths with another young musician on his way to something bigger, Bob Dylan.

“Dylan crashed with me for a few weeks in Madison on his way from Hibbing, Minn., to New York,” Kalb told AM New York in 2013. “We had so much fun, I dropped out and followed him.”

Kalb subsequently met Dave Van Ronk, an influential figure in the Greenwich Village folk music scene. The guitarist quickly became a mainstay of the scene himself, performing and recording with the likes of Dylan, Judy Collins and Phil Ochs.

He contributed two songs, “I’m Troubled” and “Hello Baby Blues,” to 1964’s The Blues Project: A Compendium of the Very Best on the Urban Blues Scene, which featured musicians from around Greenwich Village who played traditional acoustic blues music. Kalb decided to focus on electric blues after seeing a performance by John Lee Hooker around that time.

The following year, Kalb formed the Danny Kalb Quartet with rhythm guitarist Artie Traum, bassist Andy Kulberg and drummer Roy Blumenfeld. Traum was soon replaced with guitarist Steve Katz. Singer Tommy Flanders then joined and the group changed its name to the Blues Project, a nod to the Elektra album Kalb had appeared on.

The band then auditioned for Columbia Records, where producer Tom Wilson hired session musician Al Kooper, who had worked with Wilson on Dylan’s “Like a Rolling Stone.” Columbia did not offer them a deal, but Kooper was subsequently invited to join the group and Flanders soon departed. Wilson then moved to MGM, where he signed the Blues Project with one of the label’s subsidiaries, Verve/Folkways. Their debut album, Live at the Cafe Au Go Go, was released in January 1966, followed by a tour of the U.S.

The Blues Project only studio project, 1966’s Projections, featured a rendition of Muddy Waters’ “Two Trains Running,” a song that had long been part of Kalb’s sets. That same year, the Blues Project shared a bill with Waters. After the show, Kalb approached his hero.

“I had to find out, in my deepest part, what he thought of our version of this tune that started out in the South many years ago, before he recorded it with any electric band,” Kalb told UCR in 2016. “And these strange white people were doing this song: What was that about? So right before Muddy opened the door to go, I went up to Muddy Waters and I said to him, ‘Mr. Waters — well, what did you think?’

“I knew at that point that he knew what I was asking him, and he said to me, ‘You really got to me,'” Kalb added. “If I had died then, it would have been enough.”

One more classic-era Blues Project album followed, 1967’s Live at Town Hall, and the band also performed at 1967’s Monterey International Pop Festival. By then, however, Blues Project had begun to splinter. Kalb released Crosscurrents with Stefan Grossman in 1968, but didn’t return to the studio for decades. Planned Obsolescence also arrived in 1968 under the Blues Project banner, but only featured Blumenfeld and Kulberg. Various other lineups then released a series of little-heard ’70s-era LPs.

Kalb solo career resumed with 2003’s All Together Now, 2007’s Played a Little Fiddle, 2008’s I’m Gonna Live the Life I Sing About and 2013’s Moving in Blue. Kalb also memorably reunited with Katz and Blumenfeld in 2012 as the Blues Project, alongside other musicians.

Though they became famous for interpreting songs written by others, Kalb felt it didn’t detract from the Blues Project’s creative talent. “We’re not an imitating-kind of band, even though we used other people’s material very often,” he told UCR. “But just because you write your own songs, unless you’re a great songwriter like Dylan or someone like that, doesn’t mean that all your songs are great, just because you wrote them. I believe in that. I believe in writing songs and I encourage it. But we were a great band. That’s all I want to say.”