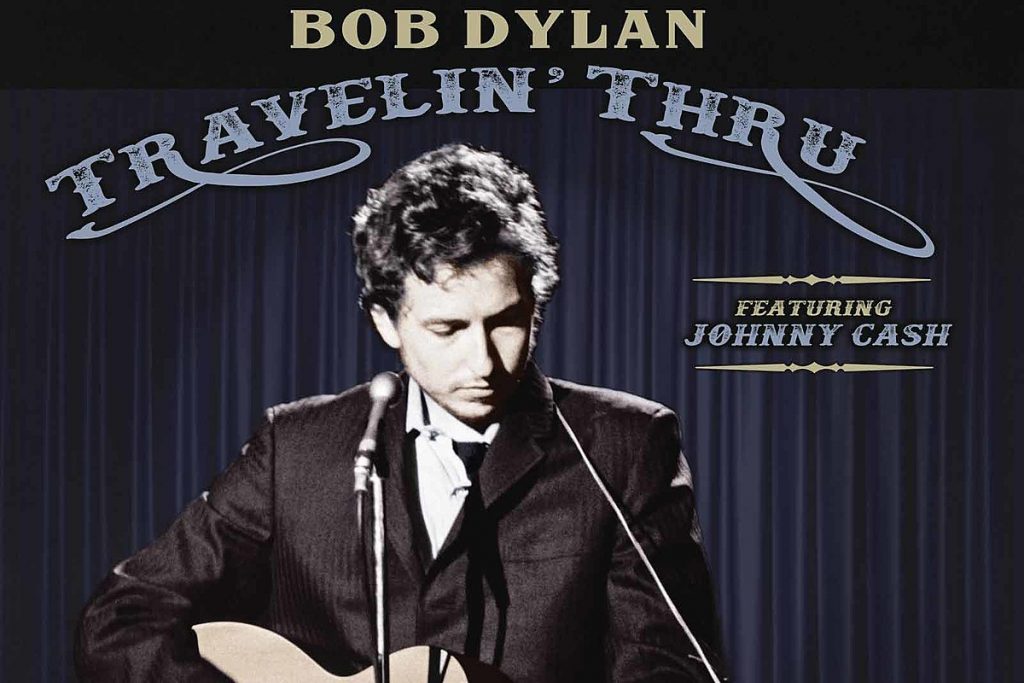 When your career has surpassed five decades, as Bob Dylan‘s has, everything basically becomes separated into eras: the folksinger era, the electric era, the comeback era and so on. It’s an easy marker for fans and serves a similar purpose for the uninitiated. You really don’t need to know anything more about the gospel era that isn’t spelled out right there in its descriptor.

For the 15th volume of his celebrated Bootleg Series, Dylan revisits his country era, that two-year period between 1967 and 1969 when he made the John Wesley Harding and Nashville Skyline albums, and recorded a memorable session with Johnny Cash. The three discs of Travelin’ Thru, 1967-1969: The Bootleg Series, Vol. 15 collect alternate takes from those LP sessions, the Cash get-together and some other odds and ends from the time.

Following his back-to-roots retreat earlier in the summer with the future members of the Band for what would become known as The Basement Tapes, Dylan spent the latter part of 1967 recording John Wesley Harding in Nashville with a handful of session musicians. The album marked a distinct difference from the three records Dylan recorded and released in 1965 and 1966, Bringing It All Back Home, Highway 61 Revisited and Blonde and Blonde.

In addition to the stripped-down country music that’s woven into every note of the album, John Wesley Harding finds Dylan singing in a more casual voice, shorn of the rage and almost teasing cadence he developed over seven previous LPs. Nashville Skyline, released in 1969, takes both elements to the extreme. (His voice took such a drastic turn that Dylan actually offered an explanation – he quit smoking – to silence critics.)

It’s a side trip for the artist, no doubt; it even seemed like one at the time, a temporary break from being “Bob Dylan,” almost a full-time position by the time Blonde on Blonde‘s grueling promotional cycle ran its course. There was never too much at stake from these Nashville sojourns, and Dylan seemed to know it, adorning the records with some the most natural playfulness of his entire career.

The alternate versions of Harding and Skyline tracks found on Travelin’ Thru are consistently relaxed and rarely work up to the intensity and energy that defined the 1965 sessions. At times you sorta wish they’d just “play it fuckin’ loud” or something. By turns, the sessions seem to lack the discipline of some of his earlier, and then later, work. It’s as if the hippie aesthetic finally caught up with Dylan.

The Dylan-Cash Sessions, which make up the bulk of the set, are even looser, and are the highlight of Travelin’ Thru, as the stars get to know each other through their respective songs and shared influences. Old country classics, like the Appalachian folk song “Mountain Dew” and the traditional spiritual “Amen,” rest alongside compositions by Dylan (“One Too Many Mornings,” “Wanted Man”) and Cash (“I Still Miss Someone,” “Big River”).

Only “Girl From the North Country” ended up on Nashville Skyline; the rest is just as good, though they really never come off as essential pieces in the Dylan puzzle. There are some fun moments here – like their initial shot at “Wanted Man,” in which Cash struggles to remember the words – but these are more eavesdropping-in-the-studio moments than why-weren’t-these-released? outtakes.

The inclusion of Cash’s former Sun Records label-mate Carl Perkins on some of the songs, as well as audio from Dylan’s appearance on the debut episode of Cash’s 1969 TV show, add to the package’s historical interest.

Of course, none of this lasted long. Like he’s done so many times, Dylan swerved in a new direction for 1970’s maligned Self Portrait, itself already a subject of a previous Bootleg Series volume. (A couple early sessions from that album, covers of Cash’s “Ring of Fire” and “Folsom Prison Blues,” round out Travelin’ Thru, 1967-1969: The Bootleg Series, Vol. 15 as a final nod to the late country legend.) Like most of his detours, Dylan’s country period includes some noteworthy tracks.

And while John Wesley Harding and Nashville Skyline aren’t Highway 61 Revisited or Blonde on Blonde – or Blood on the Tracks or Time Out of Mind, for that matter – they represent a significant chapter in his long career. And once again the Bootleg Series digs deeper into these lauded works and uncovers relics from the past. They may not sparkle as brightly as some earlier discoveries, but dusted off, they can prove just as vital.