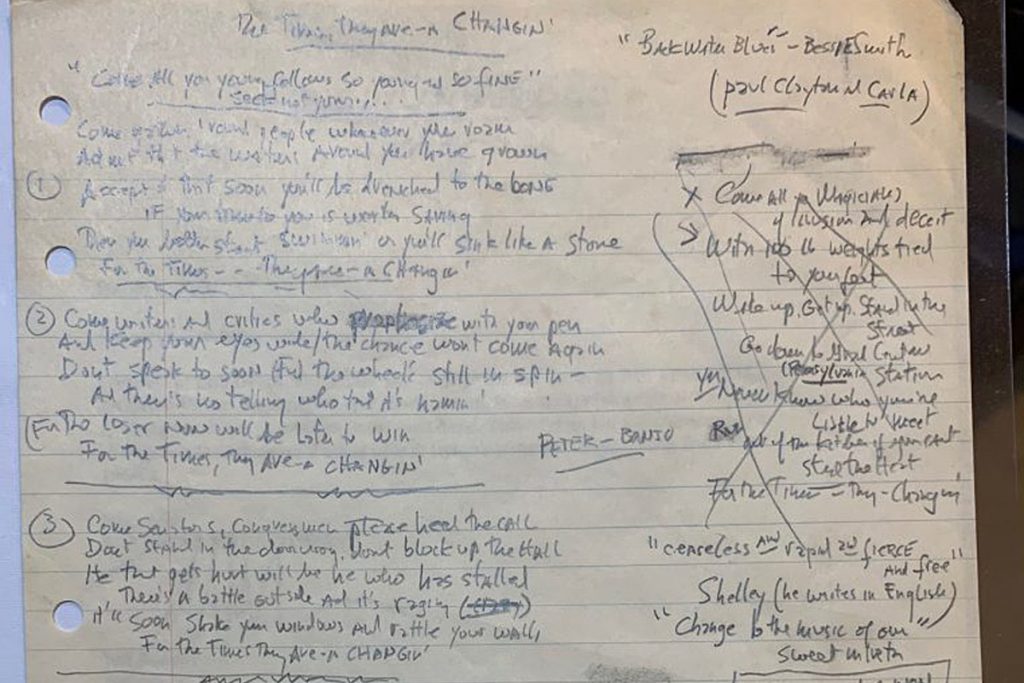 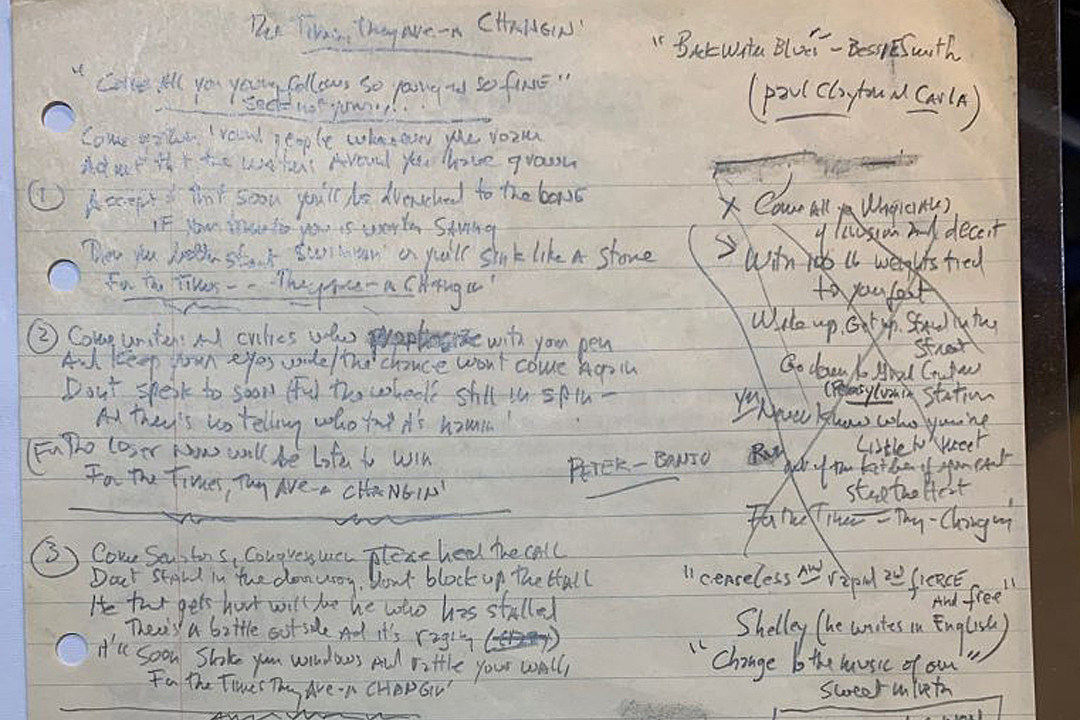 Bob Dylan’s original handwritten lyrics for “The Times They Are A-Changin’’ were placed in a memorabilia auction with a starting price of $2.2 million.

His words for “Subterranean Homesick Blues” were also offered at $1.2 million while “Lay, Lady, Lay” opened at $650,000. Auctioneers Moments In Time provided pictures of each item, noting that authenticity was “guaranteed without time limitations, for full refund of purchase price.”

“History is constantly being made all around us,” a statement read. “Possessing these items gives one a sense of pride. With these manuscripts you can fall into the moment of their creation as they are truly a ‘moment in time’.”

TMZ reported: “Bob’s handwritten lyrics were acquired from a collector who bought them from the singer’s manager years ago, and you can see Bob’s mind at work just by looking at the pages — there are tons of edits, scribbles, notes and even doodles! Bob won a Nobel Prize for literature, but it’s still crazy to see how much his artistry is worth.”

Bob Dylan – ‘The Times They Are A-Changin’’

Dylan recorded “The Times They Are A-Changin;” in 1963 and it appeared on his album of the same name the following year. He said of the song: “I wanted to write a big song, some kind of theme song, with short, concise verses that piled up on each other in a hypnotic way. This is definitely a song with a purpose. I knew exactly what I wanted to say and who I wanted to say it to.” While his motivation came from the civil rights activism of the time, the song acquired a new meaning after the assassination of U.S. President John F. Kennedy a month after he’d first performed it.