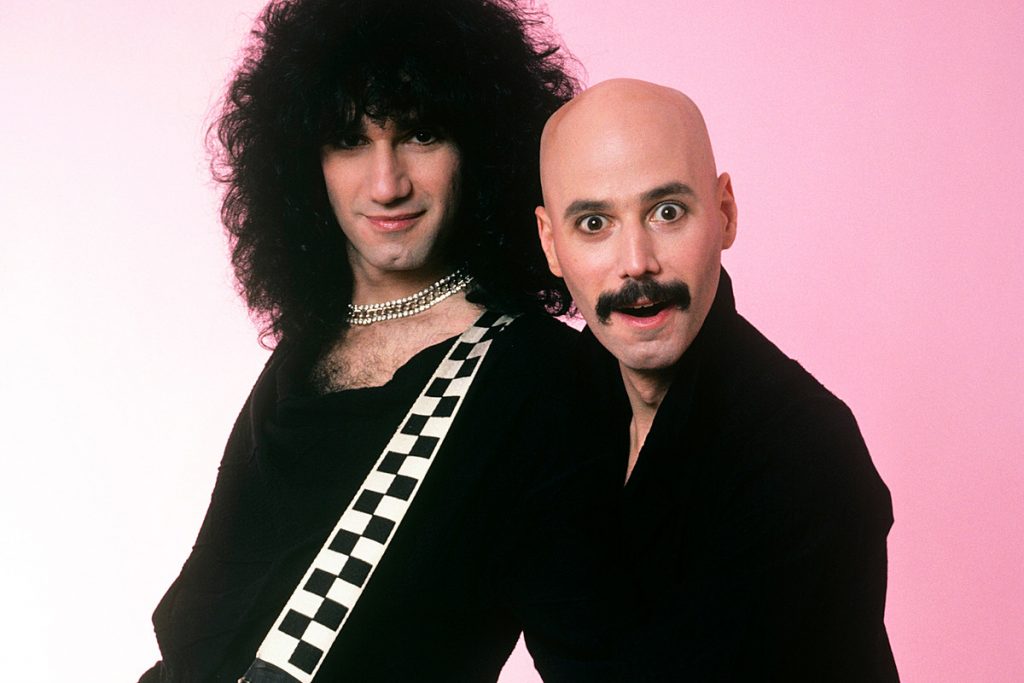 Kiss collaborator Bob Kulick has accused his brother Bruce Kulick of “back stabbing” in a dispute over merchandise.

Bob claims that Bruce, Paul Stanley, Gene Simmons and band manager Doc McGhee behaved in a “dishonorable and dishonest” manner over Kulick Brothers items they’d put on sale. He further claimed that Bruce has taken out a restraining order against him.

Bruce Kulick is unable to respond publicly, because of the protective order.

“The photos below are merchandise items currently being sold by Kiss Army Merchandise with permission from my brother Bruce Kulick only,” Bob wrote in an Instagram post. “I have not given my permission for this and have not been accounted to or paid for merchandise sole bearing my name, and photos with my likeness.

“This is called copyright infringement and an indication to all of you as to where my back stabbing brother Bruce is in all this! Disgraceful, uncalled for and a situation that will be answered in time!”

Saying he’d taken the issue public with a “heavy heart,” he went on to describe Bruce, Stanley, Simmons and McGhee as the “culprits” and stated that Bruce “now has a restraining order against me.” He continued: “Please be advised that these ‘people’ are dishonorable and dishonest. … Shame on all of you! … These people are so pathetic that I had to give them $750 to start the merchandise operation and now they refuse to pay or acknowledge me.”

Bob Kulick played guitar and / or co-wrote songs on several Kiss albums, including the studio side of 1977’s Alive II, 1980’s Unmasked, and 1982’s Killers. His younger brother Bruce joined the band full-time in 1984, serving as the lead guitar player on every studio album between 1985’s Asylum and 1997’s Carnival of Souls.