Bob Seger Crept Closer to a Breakthrough on ‘Beautiful Loser’ 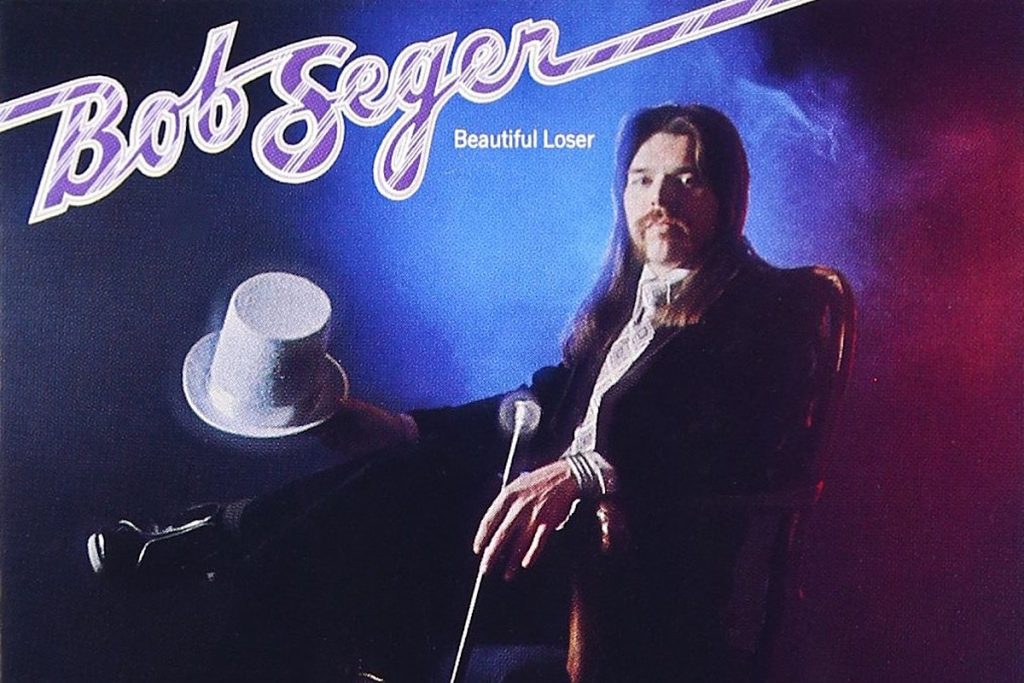 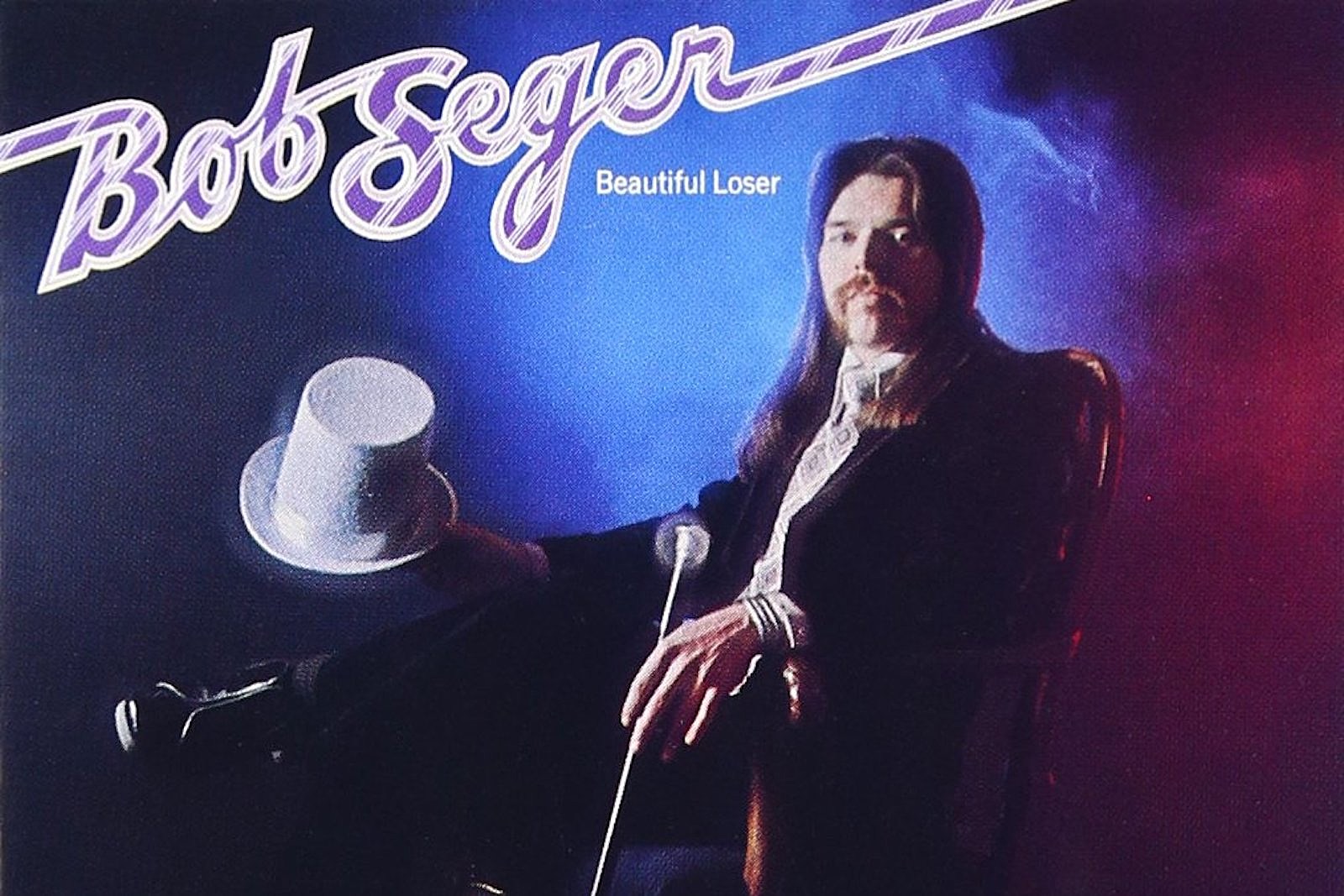 Bob Seger knew all about disappointment, after years of struggling to find a wider audience. Beautiful Loser, released in April 1975, unfolded as a rumination on those feelings.

The title track, a microcosm of hopelessness, speaks to all of it: “The original concept came from Leonard Cohen‘s line, ‘He’s reaching for the sky just to surrender,'” Seger told Rolling Stone in 1976. “You know, people who set their goals so low that they’ll never be disappointed.”

Seger’s hard-charging brand of heartland rock had already attracted a locally fervent audience in Michigan, pushing his debut to No. 66 in 1968. But the next six studio projects never got any higher than No. 171. (Seger’s most recent release, 1974’s Seven, hadn’t charted at all.) His life in music was at a crossroads, and Seger had clearly begun to worry about letting up, and about giving in.

As that worry took root, he struggled to move forward with the title track. A key voice of reason got things back on track. “I wrote five different ‘Beautiful Loser’s before I settled on one for the record,” Seger told Rolling Stone. “There was a ballad, a blues – I couldn’t find the right tone. So, I played it for Glenn Frey, an old friend, to get some advice. He was the first person to ever hear it. And he loved it, so I stuck with the song until it all got pieced together.”

More than that, Frey convinced Seger to remain true to this quieter, more personal tack. “If he hadn’t come, seriously, I probably would have put out another record like Seven – basically all rock ‘n’ roll, with maybe one ballad,” Seger told Dave Marsh in 1978. “But Frey liked it all. He said, ‘Go with it, man. Do something diverse.'”

He recorded the ballads with the Muscle Shoals Rhythm Section, and the rockers with the Silver Bullet Band, setting a new pattern. Either way, Seger rarely went off topic on Beautiful Loser, taking a notable breather with a furious one-take update of Tina Turner’s “Nutbush City Limits.” Even “Jody Girl,” a character sketch that had nothing to do with his career struggles, is almost unbearably quiet.

“It’s a concept album, to a degree,” Seger acknowledged in a 1975 radio interview. “The other seven songs all have a connected theme: It’s basically life on the road and my concept of what a winner or a loser is in life, as opposed to just the music business. Some of the songs talk about how we maintain our sanity – some of the songs are darker, about the loneliness.”

Beautiful Loser ended up opening a whole new area of introspection in Seger, not just thematically but in the way he approached every part of his craft. Already emerging as one of rock’s most heartfelt songwriters, he began re-thinking his approach on stage, too. “The worst thing that happened to me,” he told Marsh, “was that I got blown away by guitar – and for about four years, I lost myself in lead guitar. I sort of stopped being a songwriter, stopped being creative and just tried to be a lead guitar player more than anything else.”

He’d been tested until the last: After a four-album career-opening run on Capitol, Seger signed with Palladium Records, a subsidiary of Warner Bros. run by his manager Punch Andrews. Three underperforming albums later, Warners rejected the downbeat Beautiful Loser out of hand. He returned to Capitol Records, setting the stage for a huge breakthrough.

Along the way, Seger tacitly admitted that the answers might remain elusive. On “Fine Memory,” he leaves the final lyric unsung – never repeating “I think I’m gonna take it with me.” (He’d used the same technique on 1973’s “Turn the Page,” simply ending with “here I am.”) “Sailing Nights” found him feeling utterly adrift. Still, Seger seemed more resolute than ever on escapist-themed tracks like “Travelin’ Man” and “Katmandu.”

Why “Katmandu”? Seger later told the Detroit Free Press that the capital city of Nepal, located in the Himalayas between China and India, was “a very mysterious and beautiful place in a lot of ways, like another planet for me.”

Unfortunately, back home, Beautiful Loser appeared set to live up to its name. The album had only middling sales, and the title song failed to reach the Top 100. But the material found new life out on the concert trail, setting the stage for Seger’s career-making moment with 1976’s Live Bullet.

Some 300,000 of the first half-million copies sold in Detroit, but Live Bullet just kept going, eventually becoming certified platinum five times. As its star rose, so did Beautiful Loser, whose songs dominated the setlist. An album that once had moved around 50,000 units ended up selling millions, too.