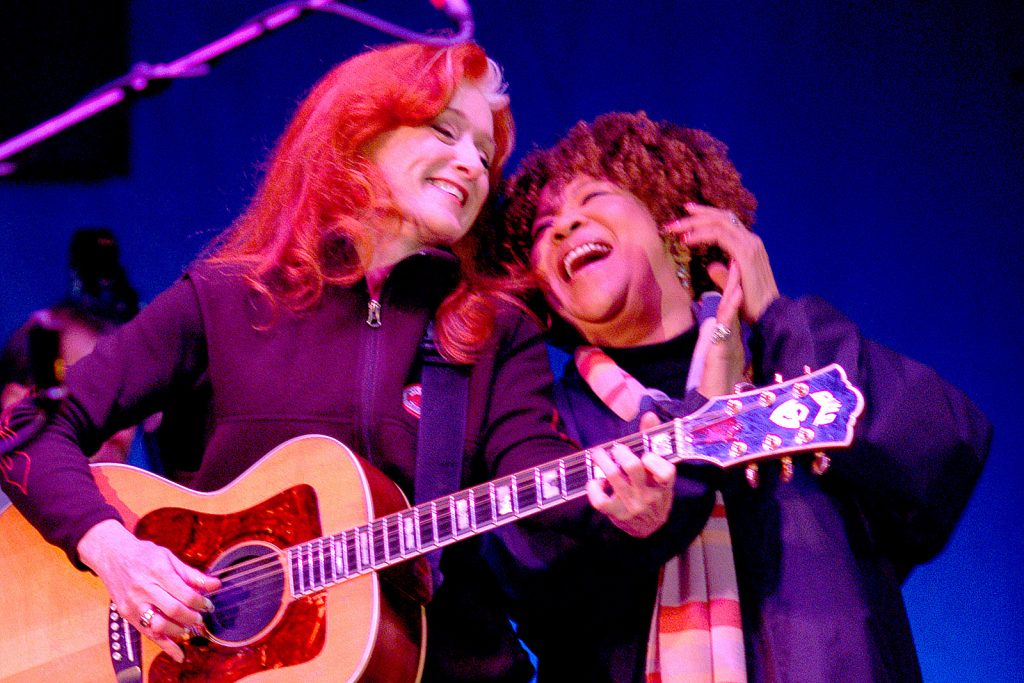 Raitt is on the road this year for the first time since 2019 to support her upcoming album Just Like That … . The tour launches March 28 in Modesto, Calif., with special guest Maia Sharp. Veteran rock quartet NRBQ will open the April dates; Lucinda Williams will open the May and June shows; and Staples is set to open the newly announced concerts in July, August and September.

You can see the July through September dates below.

The singer also announced a run of shows for October and November but has yet to announce an opener. Most of the concerts with Staples are currently on pre-sale, with a public sale starting Feb. 18 at 1PM ET. Ticket information and full show details are available on Raitt’s website.

Staples is a Rock & Roll Hall of Famer, Grammy Award winner and Kennedy Center honoree whose lengthy career has included collaborating with Prince and touring with Bob Dylan. Her upcoming shows will support her most recent album, 2019’s We Get By. “To celebrate finally being able to play live concerts again by reuniting with my dear friend and inspiration, the great Mavis Staples, is a thrill words can’t really express,” Raitt said in a statement.

It’s been six years since Raitt’s last album, Dig in Deep, which topped Billboard’s blues and folk charts and reached No.11 on the Billboard 200. A release date for just Like That … hasn’t been announced yet.