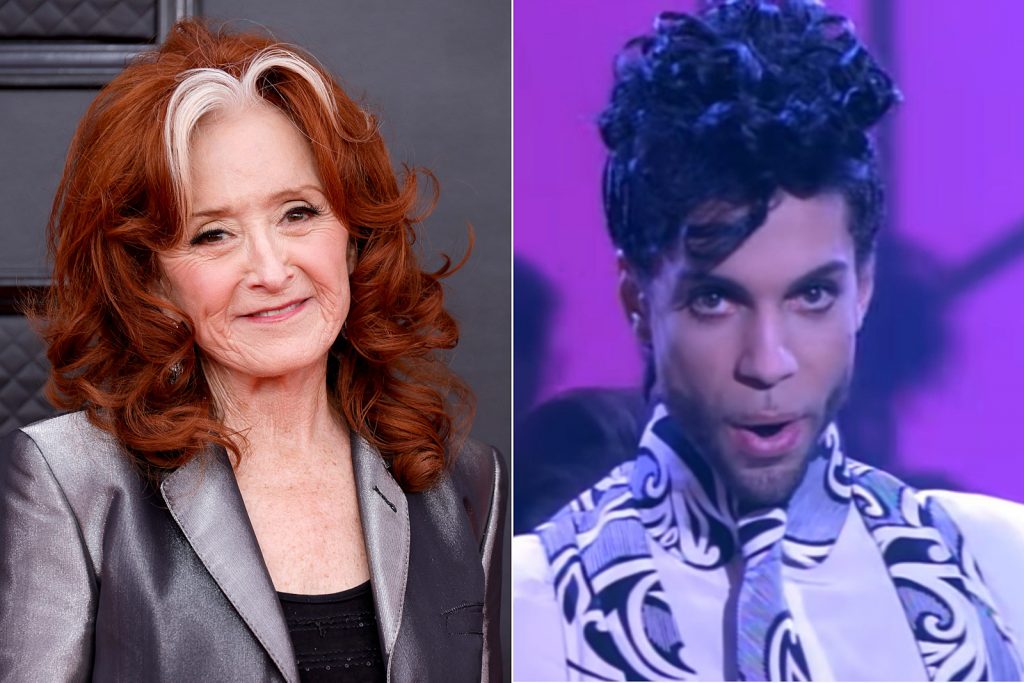 Bonnie Raitt has revealed that her slide guitar sound can be heard in one of Prince‘s chart-topping hits.

“He sampled some of my slide on ‘Cream,’” Raitt noted in an interview with Apple Music’s Zane Lowe. “I just showed him how I do it. So I got the feeling he said, ‘I don’t necessarily have to learn how to do this because I can just sample you.’”

By the time Prince and Raitt embarked on collaborative sessions at his Minneapolis estate in the ’80s, the Purple One had become an established multi-instrumentalist, earning the respect of his peers for his techniques. However, there was one particular guitar move he had not yet mastered: the slide guitar. Raitt turned out to be the perfect shortcut.

“Our time together was aborted somewhat because of scheduling, I couldn’t make [it] when he was available, so he went ahead and did the tracks in his key – or they were songs he’d already written,” Raitt said about her time at Paisley Park. “So when I got out there and we had a couple days to try some things, they were way too low for me, but he wanted me to play slide on some stuff, and he wanted me to teach him how to do it.”

Mastering a new way of playing guitar was no cinch, even for Prince, and given the time constraints, he opted to sample Raitt’s work rather than lay down the slide licks on “Cream” himself.

The song served as a pivotal moment in Prince’s career. “Cream,” from 1991’s Diamonds and Pearls, became Prince’s fifth (and final) No. 1 hit on the Billboard Hot 100 chart. The album itself turned out to be something of a comeback record after the artist’s single and album sales drooped following the mid-’80s glory days. You can revisit the song (and Raitt’s slide sample) below.

Though the musicians’ genres may have differed — with Prince in the funk-rock world and Raitt playing the blues — the two were linked by their love of guitar. Until 1983, Raitt and Prince were both part of the Warner Bros. Records roster and found themselves as frequent collaborators. Raitt recorded a version of Prince’s “I Need a Man” when the two worked together at Prince’s home studio in Chanhassen, Minn., but her version wasn’t released until she posted it to Youtube in 2020.

While Raitt may have inspired Prince to experiment with a new sound, the funk master inspired Raitt to tackle something altogether different. “I was like 35-40 pounds heavier and I went, ‘You know, if I do a video with this guy — if the songs works and it’s really sexy — I gotta do something… I gotta work on this,” Raitt said in a recent interview on the The Kelly Clarkson Show. “I was so terrified of being in a video with him and not… [him] looking and saying all that sexy stuff to me and going, ‘I don’t think people are gonna believe that.’” The video didn’t pan out, but the personal quest was still a success. Raitt quit drinking, found a group of sober friends to hang out with, and lost 20 pounds.

In the interview with Lowe, Raitt expressed some regret that her schedule didn’t allow for additional Prince collaborations, but described their relationship as one of continued mutual admiration.

“What an incredibly creative and interesting person,” she proclaimed of Prince, adding that their relationship, “was really a joy.”