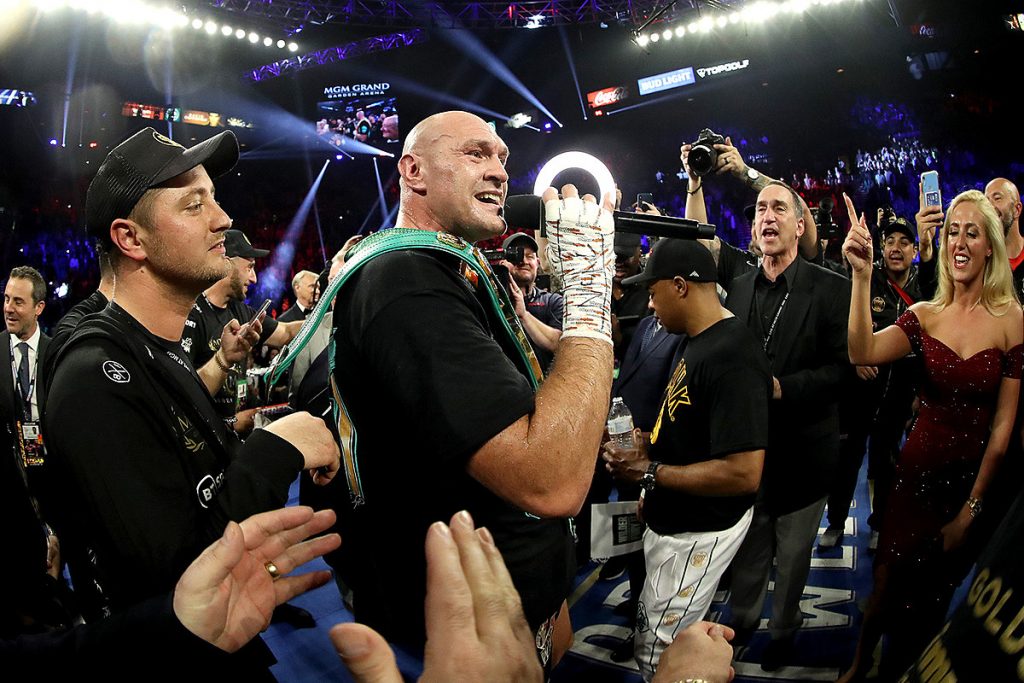 Boxer Tyson Fury sang “American Pie” as he celebrated his victory over Denotay Wilder early this morning, securing him the WBC heavyweight title.

The Brit is known for singing the Don McLean classic at sporting events, and delivered a version of it after drawing against Wilder in 2018.

You can watch Fury’s latest rendition, which came as he kept hold of the mic after his post-fight interview in Las Vegas, below:

In 2015 he marked his win over Wladimir Klitchko in Germany by singing Aerosmith‘s “I Don’t Want to Miss a Thing” and dedicating it to his wife. He repeated the performance after beating Tom Schwarz in 2019. He made a guest appearance on pop star Robbie Williams’ seasonal album The Christmas Present last year.

Before the match, “Gypsy King” Fury had said: “It would be the best win by any British fighter overseas for sure. Lennox Lewis did beat Mike Tyson, but Mike Tyson was washed up when he beat him. I don’t believe any British heavyweight has beaten an undefeated WBC champion, who has made 10 defenses of this title. I will be the first one.”

Afterwards he was gracious in victory, commenting: “I want to shout out Deontay Wilder… he showed the heart of a champion. He got up and battled onto round seven. He is a warrior, he will be back and be champion again. But the king has returned to the top of the throne.” The 31-year old, who’s said to have made $40 million from the rematch, said he had three fights left on his contracts and planned to retire after those. “So three fights or less, that’s it,” he added.