Bret Michaels Revealed as the Banana on ‘The Masked Singer’ 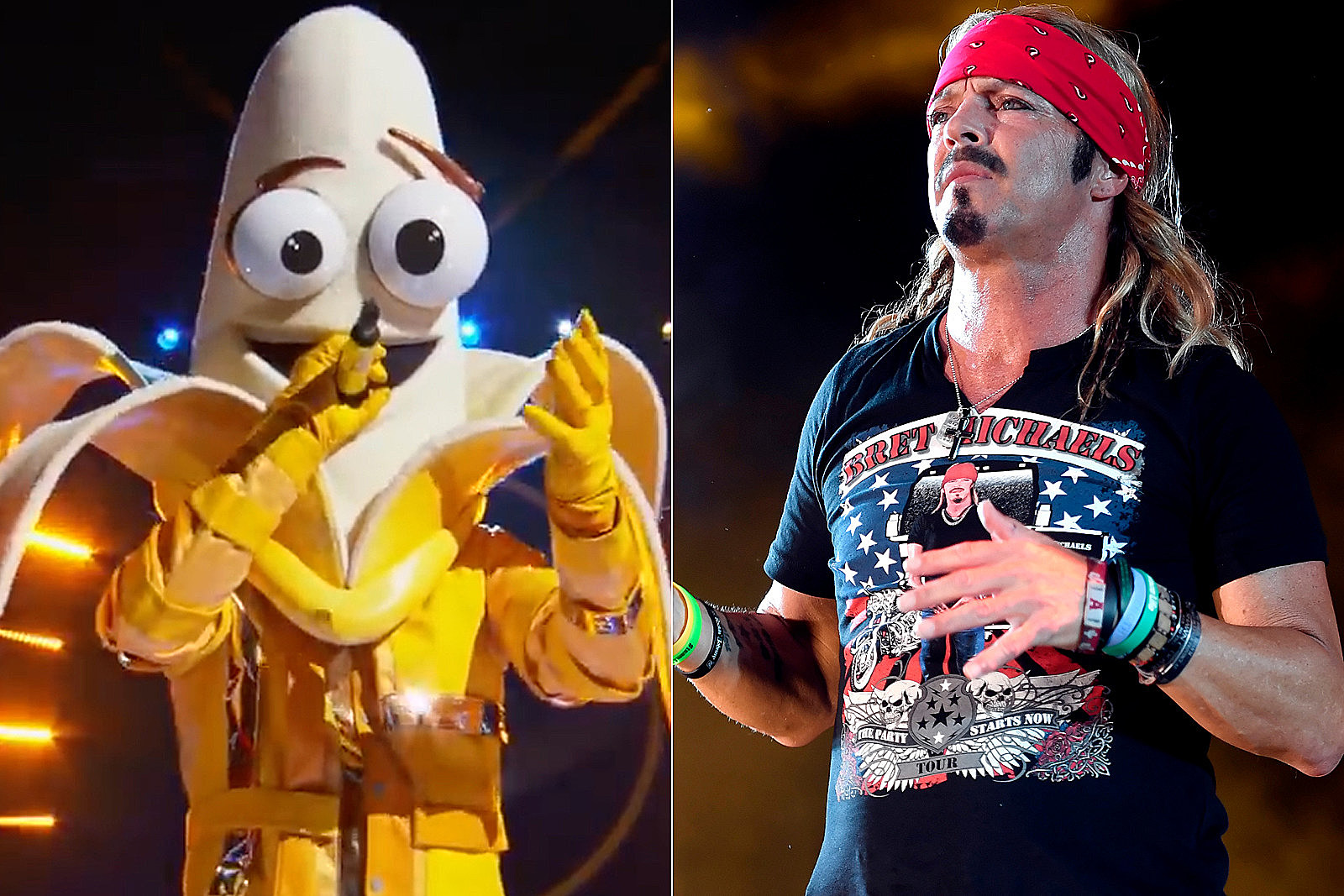 The revelation brings to a close weeks’ worth of speculation regarding the singing fruit’s identity.

It took tonight’s guest judge Sharon Osbourne about 30 seconds to figure out the Poison frontman was hiding under the banana costume. “That’s Bret Michaels!” she said to her fellow panelists midway through his performance of Bob Dylan‘s “Knockin’ on Heaven’s Door.”

Just like his performance of Lynyrd Skynyrd‘s “Sweet Home Alabama” earlier this season, the song selection offered another clue as to Michaels’ identity. As you can see from the video below, has previously performed “Knockin’ on Heaven’s Door” live at his solo concerts.

Osbourne didn’t need to do any such research. “He’s got those little legs that Bret’s got and that little little lovely little body, I think it’s just Bret,” she explained after his first performance. Unfortunately, Bret the banana’s performance was judged inferior to the still-anonymous singing rhino, forcing Michaels to risk elimination in the smackdown round against a giant cat. Despite an energetic reading of the Commodores’ “Brick House,” he lost again and was unmasked.

The googly-eyed character made its first appearance on Feb. 19, delivering a cover of Elvis Presley‘s “A Little Less Conversation.” Further performances would include Billy Ray Cyrus’ “Achy Breaky Heart” and Bill Withers‘ “Lean on Me.”

As part of the hit TV show’s format, costumed participants also give clues about who they truly are. The banana’s hints included a mullet hairstyle, fathering two children and having suffered a traumatic onstage injury, all of which lined up with Michaels.

Jenny McCarthy was the first celebrity judge to suggest that the Poison singer may be the man behind the peel, offering Michaels’ name in the episode airing April 1. Other guesses included comedian Bill Engvall, Jackass star Johnny Knoxville, actors Ed Helms or Billy Bob Thornton.

The Poison frontman now adds his name to an eclectic list of musicians who have appeared on the show. Chaka Khan, Dionne Warwick, Gladys Knight, Donny Osmond, Kelly Osbourne and rapper T-Pain are among the other artists to don oversized costumes on The Masked Singer.