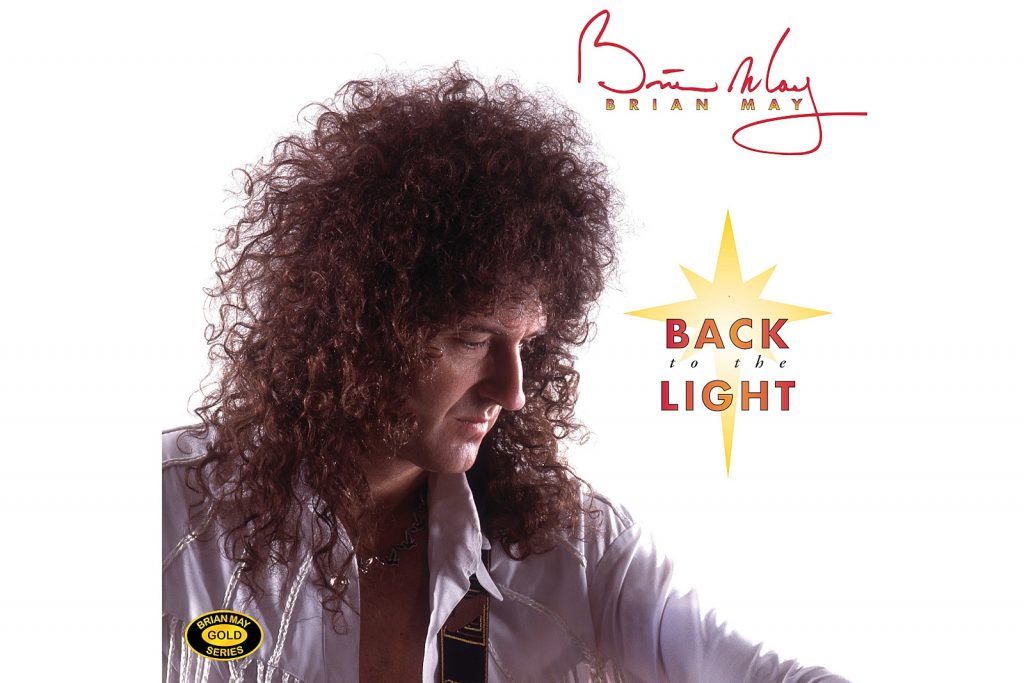 Brian May has announced the reissue of his debut solo album Back to the Light.

Originally released in 1992, the LP reached No. 6 in the U.K., while singles “Driven by You” and “Too Much Love Will Kill You” peaked within the Top 10. Though the album was less enthusiastically received in America, it has become a collectors item in the years since its initial release.

“I really found this fascinating,” May explained via press release, reliving the process of going back through his old solo material. “I was a little nervous at the beginning, thinking what is this going to dredge up in me? But I loved getting back in there. I’m really just hoping it will connect with people who have never heard this stuff before.”

“I’m excited to see how this turns out,” the Queen guitarist continued. “I found it fascinating going back in there and rediscovering why I wrote certain things. What they meant to me. How we recorded. Some of it is so massive in the recording I can hardly believe we pulled it off – it’s very epic, some of it. And I like that. And at the same time, there’s little corners of it which are very simple, very understated, very emotionally naked. I discovered so much of what I’m saying in the album I still feel. I still feel those dangers, those fears, those hopes, those dreams.”

Back to the Light was originally recorded during a time of turmoil for May. The rocker’s father died in 1991, as did his friend and Queen bandmate Freddie Mercury. Those losses, coupled with May’s changing personal life (he’d separated from first wife, Christine Mullen, in ‘88 and began a much publicized relationship with actress Anita Dobson soon thereafter) heavily influenced the album, resulting in a powerfully personal release.

The new reissue presents a remastered revision of the original LP, while a bonus disc — dubbed Out of the Light — delivers a bevy of added material. Among the highlights, instrumental versions of several Back to the Light tracks, concert performances recorded during May’s 1993 solo tour and a rendition of Queen’s “Tie Your Mother Down,” performed on the Tonight Show with Jay Leno alongside special guest Slash.

A full track list for the Back to the Light reissue can be found below.

The release will be available on CD, vinyl, cassette and digital download. A collector’s edition box set will feature an exclusive white-vinyl LP, two CDs, a 32-page book, a 12-inch art print, a download card and an enamel badge. Further variations — including the limited edition box set featuring May’s signature — will be sold exclusively via the Queen online store.

May indicated that further solo reissues are also on the way, noting that Back to the Light is the first of a series of releases.

Brian May, ‘Back to the Light’ 2021 Reissue Track Listing

‘Out of the Light’ – Bonus Disc