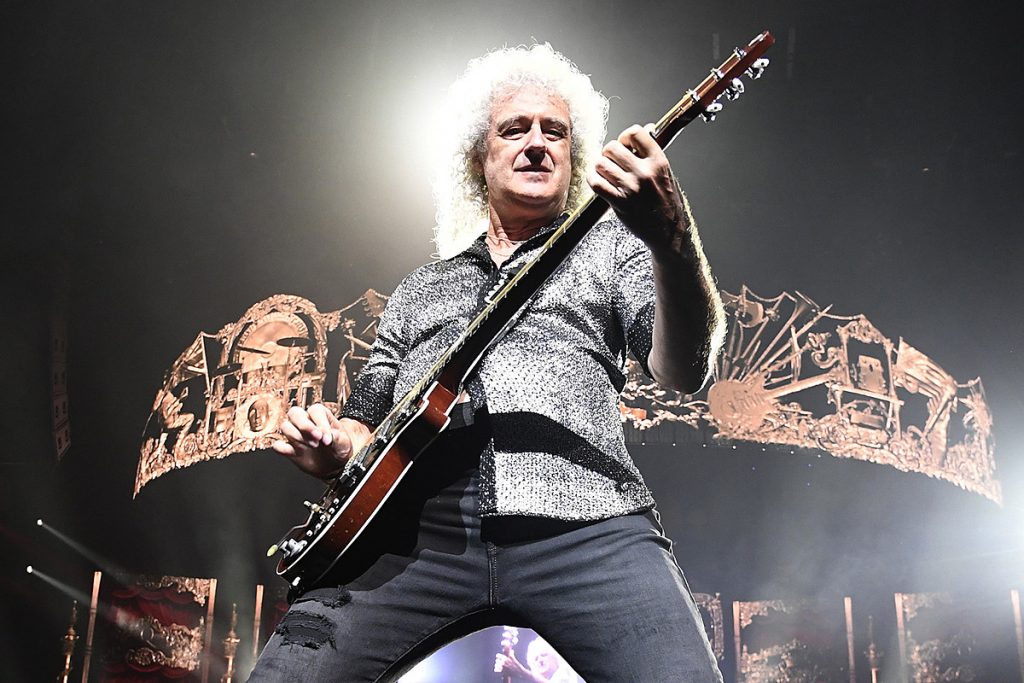 Though he was recently hospitalized after supposedly ripping his “Gluteus Maximus to shreds in a moment of over-enthusiastic gardening,” May noted on Saturday that the pain from his ordeal — which “wasn’t a glute thing after all” — “has paralyzed [his] brain” after starting “about three weeks ago.”

“I felt it took over my personality,” May wrote on Instagram. “I woke up feeling that somehow the pain WAS me, and I was struggling to get back in my body. And I did give in and take the heavy duty painkillers, and in the end I was in a nightmare world. The only thing to do was kick it all and come out. But I could only do that because I got some great physio help and some osteopathy.”

May said that, with the help of pain management and rehab, he can now “sit and potter slowly around holding on to things with almost no pain.” Earlier on Saturday, he posted a photo of himself during his “first walk in the park since all this began.”

“I’m dependent on these ‘crutch’ devices to get around,” the Queen guitarist wrote. “There’s always ONE snag!! Well, not for long, hopefully. I’ve been through these scrapes plenty of times before. They make you stronger, right?! If they don’t kill ya!! Well, I’m not planning to check out just yet!!!”

May also referenced his ordeal in another pair of posts from Saturday, referencing how he took a brief social media hiatus due to his ailments. “I missed you all – but times have been tough,” he wrote. “It was tough to get as far as brushing my teeth some days (and shaving was WAY too difficult, as you can see!!) so playing guitar was out of the question.”

But in the other video, he noted, “I’m able to pick up a guitar again, which is great. It seems to still work.” He also showcased a heavy, psychedelic guitar riff with a tricky rhythmic feel.

In April, May contributed to the collaborative single “Get Up,” which in part benefits the mental health charity MIND. He co-wrote, produced and played guitar on the track.