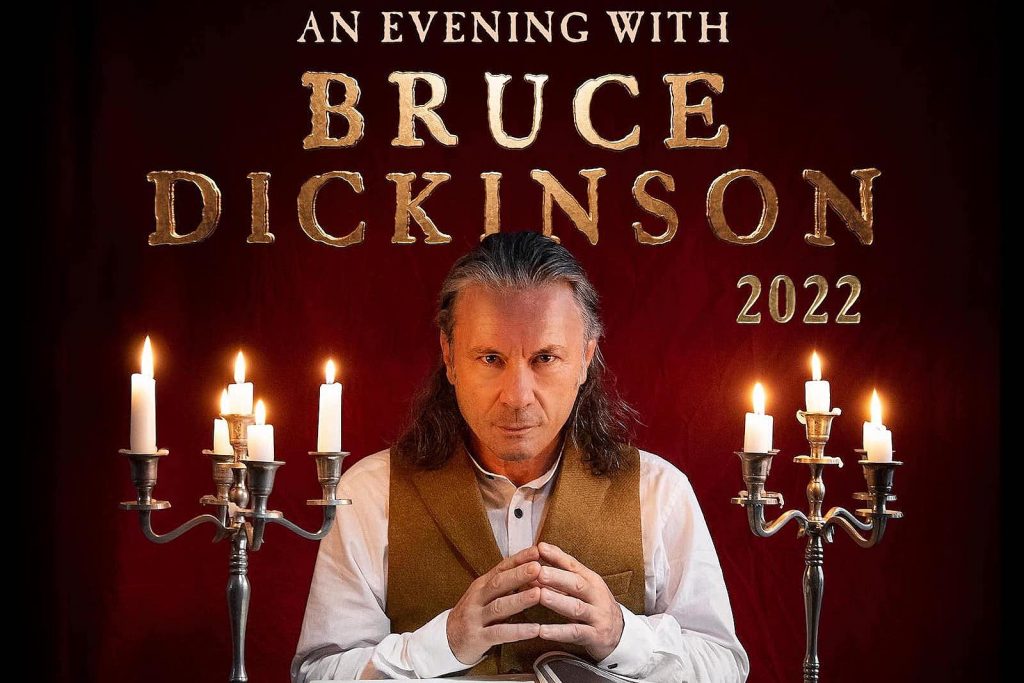 Dickinson has embarked on spoken-word tours between Maiden voyages since 2017, when he released his memoir, What Does This Button Do? His 2022 shows will be split into two parts: a funny, acerbic look at his own life and career, followed by a Q&A in which Dickinson stresses that no subject is off-limits.

The singer recently revealed his show was inspired by legendary British writer and actor Quentin Crisp. “When I did this biography, What Does This Button Do? … they said, ‘Well, let’s go on a short tour doing readings from the book,'” Dickinson told BBC Radio 2 over the summer. “And I went, ‘Well, that’s a bit boring. Why would anybody just turn up? They can read the book themselves.’ So I sort of enhanced it with a few ripe stories, and it went down very well. And then I added to it with a bit of improv. So the last 45 minutes is based on something that I saw Quentin Crisp [do], of all people.”

Dickinson has kept busy musically as well, with Iron Maiden releasing their 17th album, Senjutsu, in September. The band will resume touring Europe in June.

You can see Dickinson’s spoken-word tour dates below.