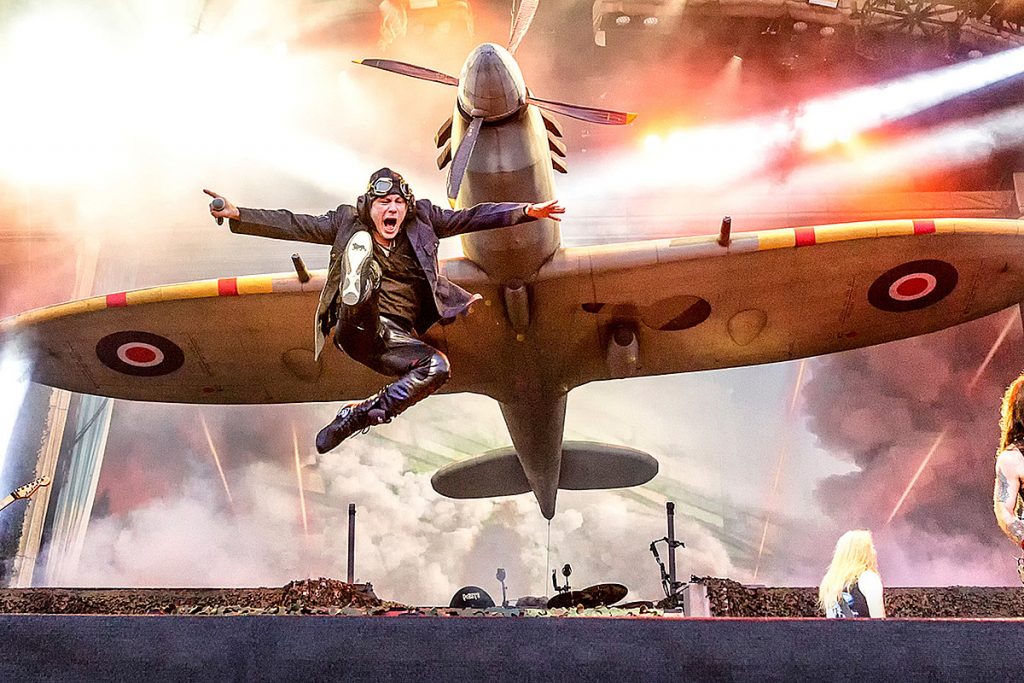 He’s now an honorary group captain of the R.A.F’s 601 Squadron, and hopes to earn a position in the force’s sword fencing team. He’s been fencing since his early years and, at one point, was ranked in the Top 10 in the U.K.

“Bruce Dickinson has officially been attested into the Royal Air Force and is now Hon. Group Captain Paul Bruce Dickinson,” the fencing team tweeted. “We look forward to fencing with him soon.”

“The rock star first contacted the RAF Fencing Union in December to inquire about representing the Royal Air Force in the sport,” Forces Network reported. “He could compete in the RAF Championships on May 16 and 17 and could attend the Royal Air Force Fencing Open during the following month. Depending on his performance at the RAF Championships, Mr. Dickinson could be selected to represent the RAF at the Inter Service Championships, which takes place between July 13 and 16. He once ranked at No. 8 in the country at foil – one of three weapons used in fencing which each has its own rules.”

UCR noted in 2013 that Dickinson held his own against Olympic medalist Bartosz Piasecki during a warm-up session, though he eventually lost. “He’s kick-ass,” Piasecki said afterward. “He is short but incredibly fast, that’s his weapon.”

Dickinson said even though he’d given up competition at the age of 23, “the by-product is that I end up getting in reasonably good shape. Actually, fencing is very similar to the way I run around onstage. Or maybe I run around onstage like that because I fence. Either way, it works for me.”