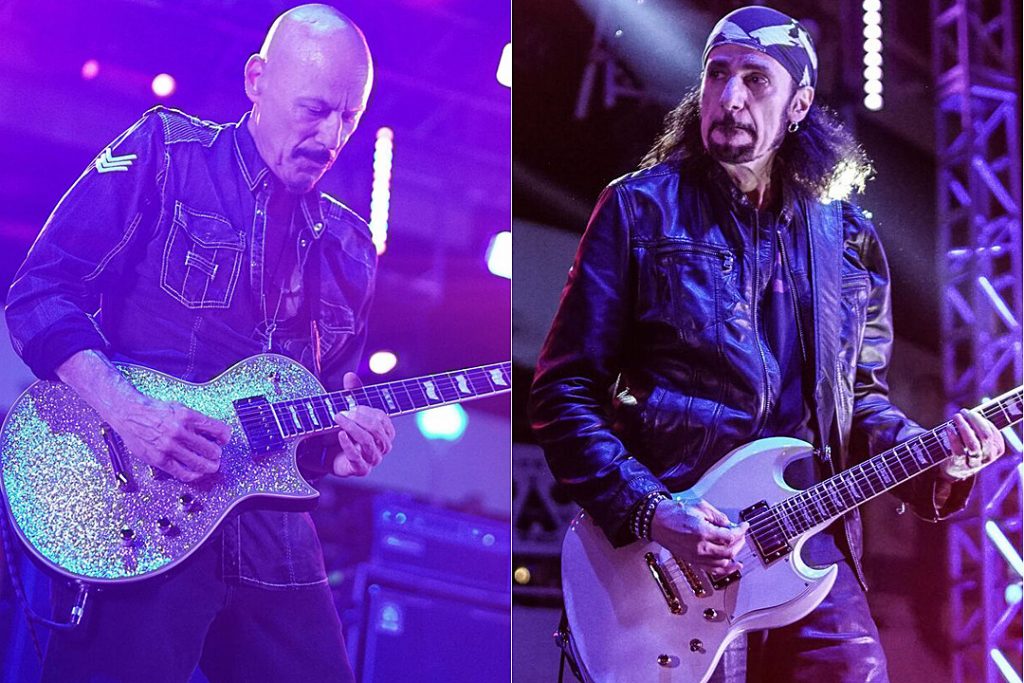 Former Kiss guitarist Bruce Kulick has released a new video tribute to his brother, Bob Kulick, on the first anniversary of his death.

Bob was a producer, songwriter and guitarist who worked with a variety of artists and groups over the years, including Kiss, Diana Ross, Motorhead, Meat Loaf, Lou Reed and W.A.S.P. He died on May 28, 2020, at the age of 70 of heart disease.

Bruce Kulick and his wife, Lisa, spent the past month working on the new tribute, which was completed earlier this week. They saw it as an opportunity to honor Bob’s legacy of work and expose fans to some lesser-known corners of his long career.

“I feel that anyone that only knew him on one dimension or two, like, just Meat Loaf and Kiss, or whatever it was that they knew of him, they’re really going to have their mind opened to how varied and how successful his career truly was,” Kulick tells UCR. “So I do see it as a really great tribute to his success as a musician.”

Kulick had access to a wealth of photographs – including many that he himself had never even seen before – plus rare video, audio and memorabilia. The video covers a lot of ground, spanning more than five decades. “That’s a lot of years,” Kulick notes. “He had a long career.”

Included in the video is Bob Kulick’s stint with Alice Cooper in the spring of 1977 during the Australian leg of the Welcome to My NIghtmare tour. “A lot of people didn’t know that he toured with Alice Cooper, and that was a big deal,” Kulick says of his brother. “And then to have the actual Bob Kulick hand-written set list with the notes and some chords on some songs, it was just fascinating to find all of this stuff and put it in.”

There are also phots and audio from some of Bob Kulick’s earliest bands, as well as a moment in which the brothers jammed together. “With some of the early bands like the Jacks, okay, these pictures of him, his hair looks terrible, but they’re really good color pictures of the band, with him playing this red SG,” Kulick notes. “I’d never seen them before. And the fact that I have music from that era from those bands, Steeplechase and the Jacks, that I could include in the thing, that was exciting.”

Kulick says they had no shortage of material to work with, but the project itself presented a number of challenges. “Bob was really good with keeping a lot of stuff, but unfortunately, a lot of his own personal notes on things were really all over the place,” he explains. “With a guy who played with so many artists, it was really hard to do it chronologically and do it super-accurately. We did the best that we could in the amount of time, knowing that we had a deadline.”

In the closing moments of the video, there’s a subtle musical nod to one of Bob Kulick’s most underappreciated contributions, says Bruce. “Balance was the band in 1980 that I really felt Bob dialed in a great combination of power-pop, rock and R&B,” he says. “It was everything, and they really didn’t take off. They did have a Top 40 single with ‘Breaking Away,’ but it just didn’t take off for him. I felt really bad for my brother, because I did feel like, Wouldn’t it be great, if they could be really popular and tour? I know it would mean the world to Bob.”

“The World I Used to Know,” a new song by Balance, plays over the final scenes and closing credits. Bob Kulick was slated to play guitar on the track, which was recently completed with Bruce playing his late brother’s parts.

In the end, the experience of working on the video tribute was healing one, Kulick says. “I was a wreck the month after Bob died, I was in such emotional and physical pain,” he notes. “I had a combination of that, and it was very, very hard for me, and that was all in the midst of the pandemic and everything. It was a really horrible time for me.

“Now a year gone, I can now [share] a really loving tribute and have a really bright light with him and his final resting place being in such an appropriately beautiful place,” Kulick says, adding that there’s information in the video about how fans offer their own tributes. “What he left behind truly is a great amount, his contributions to all of those bands and all of those performances, it will live on. And I think it’s something that he strived to be recognized for.”