Bruce Kulick Is Staying ‘Busier Than Ever’ With ‘Isolated Riffs’ 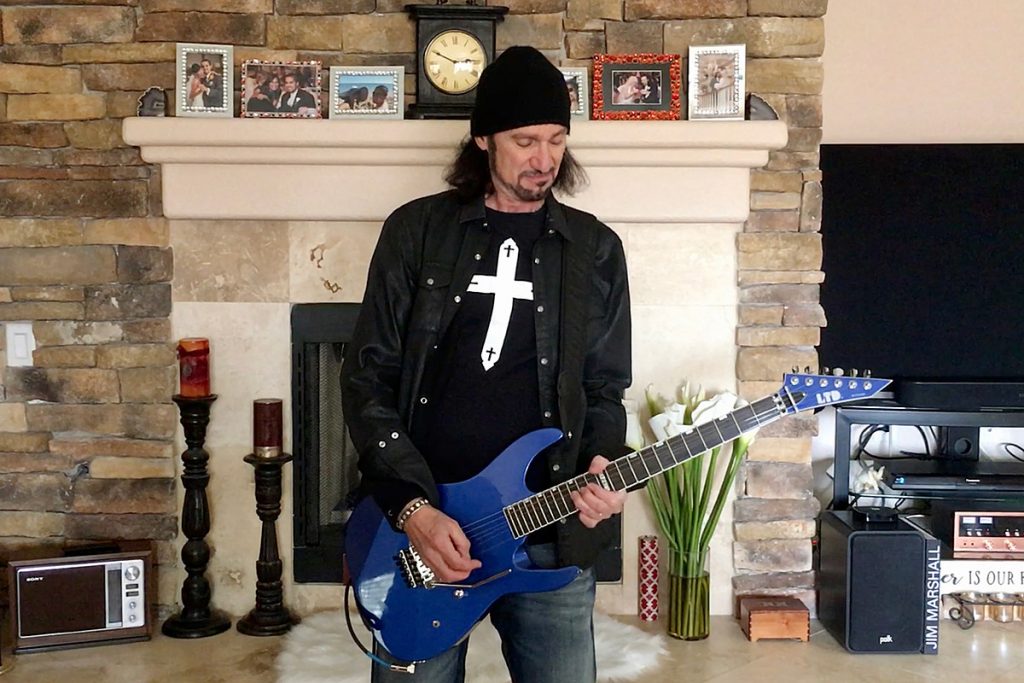 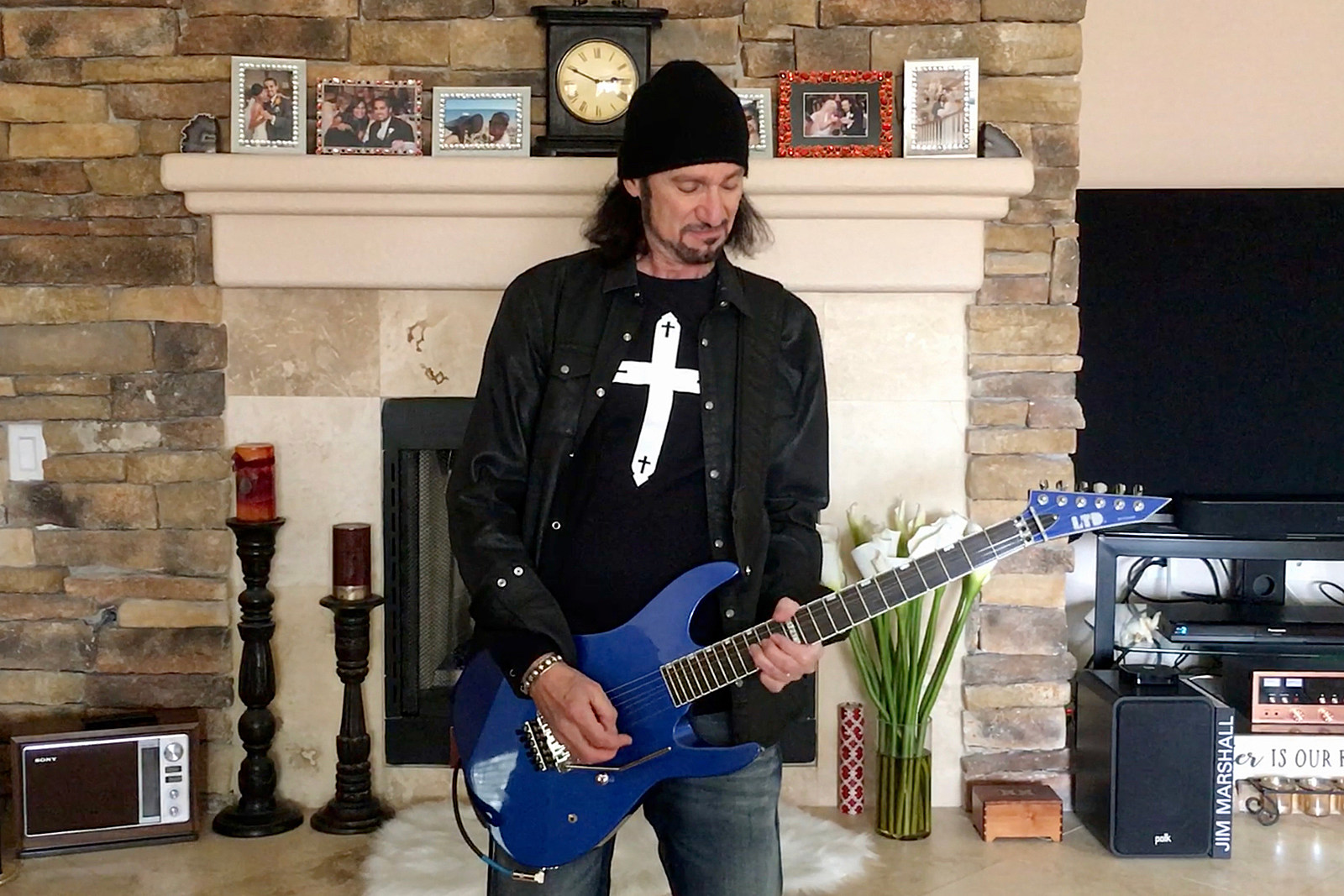 Like every other musician, former Kiss and current Grand Funk Railroad guitarist Bruce Kulick‘s 2020 plans have been thrown for a huge loop by the coronavirus pandemic.

In addition to what should have been another busy summer season touring with Grand Funk, Kulick had announced plans to record new original material with Todd Kerns, Zach Throne and Brent Fitz, whose shows together have earned praise on recent Kiss Kruises.

Instead of getting down about the current situation, Kulick has found a way to connect with fans from the safety of his own house though social media and his Isolated Riff series, which finds him demonstrating solos and riffs from his decade of touring and five albums with Kiss.

Sometimes he also invites his wife Lisa to join in for longer performances of songs such as “Every Time I Look at You” and “Comin’ Home,” which featured some timely lyric updates.

How are you holding up overall?
I was aware of the impact this virus was going to have even a few weeks before it became real here in the United States. I was hearing from my good friend in China, as he was telling me what was happening there. So, I felt like I was better prepared for the huge change of life that a pandemic causes, and honestly I was very concerned. After a few weeks of being in shock, I finally climbed out of it with a desire to do the things I can control: play music, share it with my fans, offer guitar lessons online, do more social media. My live gigs naturally can’t happen for who knows how long, so doing the things I can do in my home safely and creatively has been my sanity. Working with my wife, who can sing the songs fans love from Kiss very well, became another way I could share music with my fans. I also started networking with great players that I hadn’t before, as everyone is in the same situation. So the silver lining of the pandemic, is reworking how can I stay active, stay productive and carry on with my career. And honestly, it’s been a huge success for me personally and professionally. I am busier than ever, from my own home!

Obviously, there are bigger global health and financial concerns, but when did you first realize this was going to disrupt your touring life? Did it happen in steps or all at once?
Grand Funk had a sold out show at the Tropicana in Atlantic City on the first weekend of March. I was aware things could turn really bad in the United States fast, and I was quite concerned during that trip for my health due to traveling. The Tuesday after Atlantic City, I was at ESP Guitars in Los Angeles to get my latest guitar offering shipped to the buyers. It was just a short flight from Vegas to Burbank, but I was very apprehensive about the virus. Within one day, Tom Hanks put a face on the COVID-19, and the NBA shut down. It became very real for everyone. The casino gig that was scheduled for Grand Funk Railroad in Indiana that following weekend was postponed, and so has every booking for March, April and May so far. Those shows were all postponed a few at a time to a later date, since the agent and the venues need to assess the progress of the situation. It’s best for us to just take things day-to-day, week-to-week.

What gave you the idea to start doing the riffs, solos and duets on social media? Have you been pleased with the reaction to it?
I always did some playing on social media, but not to the extent I am sharing now. A week or so into this pandemic, I told all my social media followers to hang in there and be safe. The reaction was huge. I kept the dialogue going and then had a great idea. How could I title the playing from my home to share? The Isolated Riffs concept was created with the help of a good friend and my wife. That title really does sum up what I do. From short sections of music to full song performances with Lisa, the reaction has been amazing! That helps me have a real purpose during this situation. Musicians need to connect by preforming for their fans. So this is my new reality, and I am embracing it.

Has this series given you any particularly new or interesting realizations about any songs in particular?
I always do my homework, I always try to adapt the song to how I will perform it and I always enjoy revisiting the music I was a part of. Some of it can be a real challenge, but I am used to that.

Do you think social media is going to be even more important for artists in the future?
I do feel that some artists that were shy about that before will step up and jump in. They should, in theory. I sometimes struggle with technology, and there is a learning curve. I certainly recommend asking others that do it well for their help. I have success with asking, researching and implementing, even if you do it wrong at your first attempt.

Have you been writing new music? How will this affect your plans to record with the Kruise band?
I have some great new songs, and I have worked with Todd Kerns and Zach Throne on some originals that were meant to be recorded this spring. Obviously, that’s gonna be hard to actually record, but we will continue to work on them. I don’t want the pandemic to derail those aspirations. I am very excited about the music I can create with Todd, Zach and Brent Fitz. They are super players and people.

Have you been reading? Watching TV? How are you entertaining yourself? How much more organized is your house? What’s your current TV series? What’s the best movie you’ve seen so far?
Right now my home seems to have more gear – amps and guitars – in almost every room! I am planning on miking up a small amp in the laundry room to record. Lisa and I set up various places to film in our home – from the TV room to the living room to the front room to my home office, etc. It’s really crazy. But Lisa and I always unplug at night around 9 to watch a show, usually a series from Apple TV or Amazon Prime. We just finished Tales From the Loop and Home Before Dark. We are still fans of The Blacklist and Avenue Five and the comedy Young Sheldon. She got me into the The Voice, as well, which I enjoy.

What’s the first thing you want to do when we can venture back into a real world?
I would guess visiting one of the local casinos that has our favorite Italian restaurant would be high on the list. Happily, I can still take walks with Lisa in my neighborhood currently. We enjoy that and our pool.