Bruce Springsteen Covers Soul Gems on ‘Only the Strong Survive’ 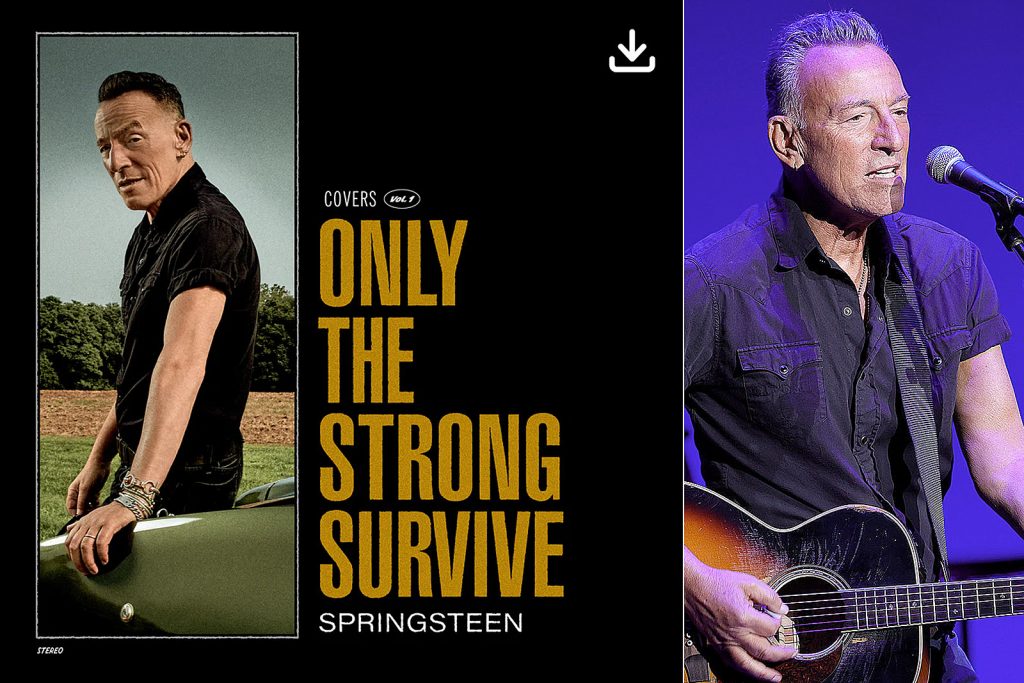 Bruce Springsteen has announced a new album of soul covers, Only the Strong Survive, out on Nov. 11.

The album is available for preorder on Springsteen’s website in vinyl, CD and digital download formats. You can see the track listing below.

Rumors of a new Springsteen album began circulating after Rolling Stone founder Jann Wenner casually mentioned the release during an interview with Billboard.

“I’m kind of stuck with the music I liked when I was young,” the former magazine executive noted. “Give me the Stones. There’s a new Bruce [Springsteen] record coming out this fall, which is stunning. I’m listening to that.” The new album is the 21st studio LP of Springsteen’s long career. The Boss’ last album, Letter to You, arrived in 2020.

You can hear the first single from the album, a cover of Frank Wilson’s “Do I Love You (Indeed I Do),” below.

In a YouTube video, Springsteen explained the origins and artistic significance of the new LP. “Now, shortly after Letter to You, and still during COVID lockdown, I went in my studio to record some music I hadn’t written but felt I’d like to record, and this was something I hadn’t done since [2006’s] The Seeger Sessions,” he said. “Before I knew it, I had an album done. But of course, I threw that one out, because that’s how I roll, and that’s when we begin. So, as in the past, never to be deterred, I kept recording, and on my second try, I found a theme I wanted to explore.

“Now, I spent my working life with my voice at the service of my songs — confined by my arrangements, by my melodies, by my compositions, by my constructions. My voice always came second, third or fourth to the expression of those elements,” he continued. “But this time, I decided to do something I had never done before: make some music that is centered around singing, around challenging my voice. Now in my own memoir, I give my voice a little short shrift by saying I didn’t think I had much of one. But once I started on this project, after listening to some of the things we cut, I thought, ‘My voice is badass! I’m 73 years old, I’m kicking ass. I’m a good old man!'”

News of Only the Strong Survive comes just as Springsteen is gearing up for a 2023 tour. The trek kicks off Feb. 1 in Tampa and runs until an April 14 performance in Newark, N.J. From there, the Boss will head overseas for a run of European dates.

The tour will be Springsteen’s first with the E Street Band since 2017. He recently came under fire for high ticket prices for the performances, specifically Ticketmaster’s “dynamic pricing” for “Official Platinum” seats, which have soared past $4,000 per ticket in some cases.