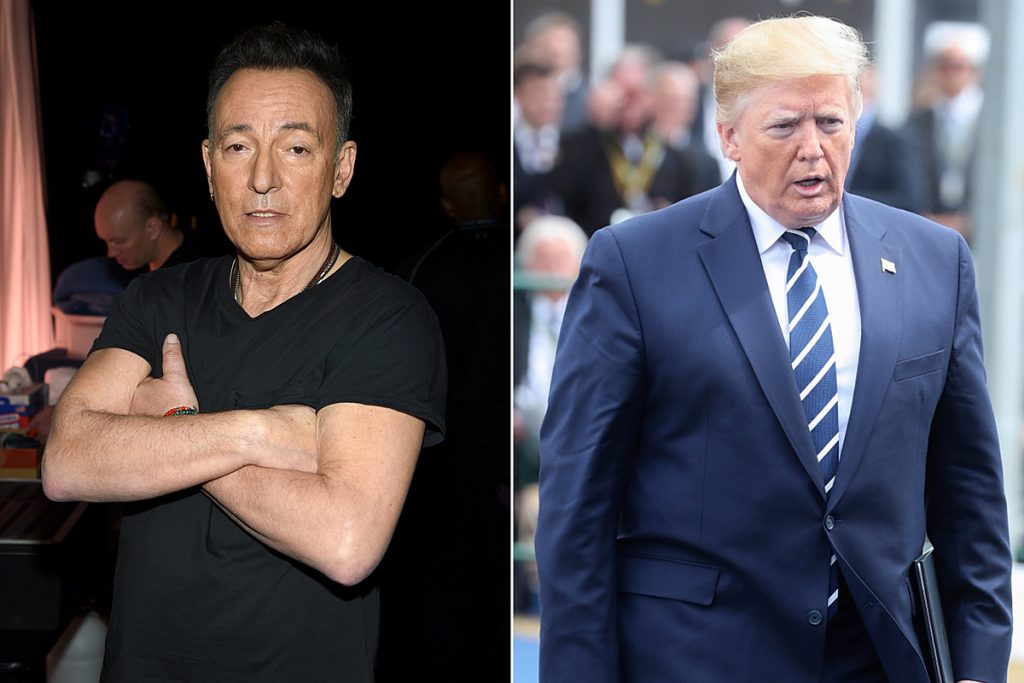 In an interview with CBS This Morning, the Rock and Roll Hall of Famer admitted he was “not really” surprised by the president’s comments. “It’s frightening, you know? We’re living in a frightening time,” Springsteen opined. “The stewardship of the nation has been thrown away to somebody who doesn’t have a clue as to what that means. And unfortunately we have somebody who I feel doesn’t have a grasp of the deep meaning of what it means to be an American.”

Earlier this month, Trump name-dropped Springsteen among the celebrities whose support he didn’t need to win the 2016 election. “I didn’t need Beyoncé and Jay-Z. I didn’t need little Bruce Springsteen and all of these people,” the president stated during a speech in Minneapolis. The Boss famously supported Trump’s rival, Hilary Clinton, during her 2016 presidential bid.

For his part, the rocker has previously referred to the president as “deeply damaged,” while calling Trump’s influence on society “toxic.”

Springsteen is one of many famous musicians to butt heads with Trump. Mick Jagger criticized the president for his stance on climate control, while Dave Grohl referred to Trump as a “massive jerk.” Meanwhile, Aerosmith, Queen, Axl Rose and Prince’s estate have all expressed outrage at their music being used at Trump rallies.

Not every rocker agrees with the Boss’s viewpoint. Ted Nugent is among the most vocal of Trump’s celebrity fans, calling him the “best president” in decades.

Watch a clip of Springsteen’s appearance on CBS This Morning below. The rocker’s full interview airs Oct. 25, the same day his Western Stars soundtrack album comes out.