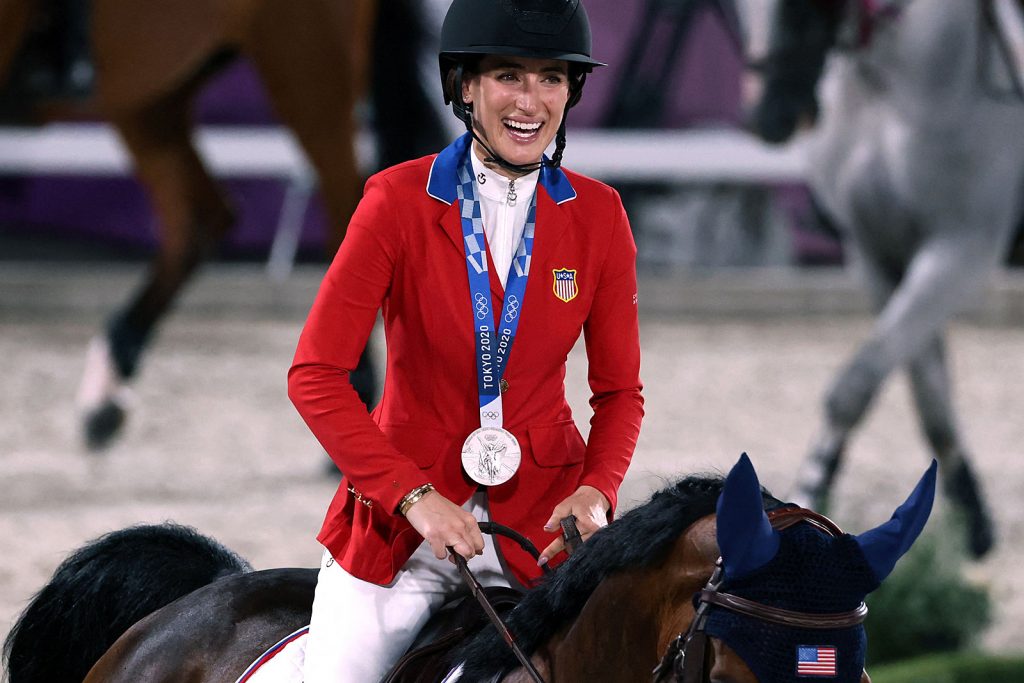 The 29-year-old Springsteen competed with her 12-year-old Belgian Warmblood stallion, Don Juan van de Donkhoeve, who is owned by Stone Hill Farm, the estate operated by her parents in the aptly titled Colts Neck, N.J.

Springsteen clipped just one rail during Saturday’s run, as did her teammate, McLain Ward. This left the U.S. tied with Sweden following a disqualifying performance from France and brought both teams to a jump-off, the Associated Press reports.

You can see footage of Jessica Springsteen’s Olympic run here.

Saturday’s silver-medal finish was a vast improvement over Springsteen’s solo bow earlier in the week, when she failed to qualify for the individual jumping finals. She and Don Juan earned four penalty points for knocking down a rail and were ultimately “eliminated about an hour after riding,” per the AP.

Although this year marks Springsteen’s first time competing in the Olympic games, she was selected as an alternate rider in 2012 and left off the team in 2016 due to her horse’s leg issues.

Jessica Springsteen has attracted an unprecedented level of attention to the U.S. equestrian jumping team since arriving in Tokyo. Several members of the Bruce Springsteen Japan Facebook group reportedly gathered outside the stadium, which is closed to spectators as a precaution against the ongoing coronavirus pandemic.

Even Springsteen’s parents had to settle for watching their daughter on TV, as athletes were not allowed to bring family to Tokyo with them. At least Bruce will have some entertainment as he prepares to resume his Broadway residency — which requires attendees to show proof of vaccination — on Aug. 17.