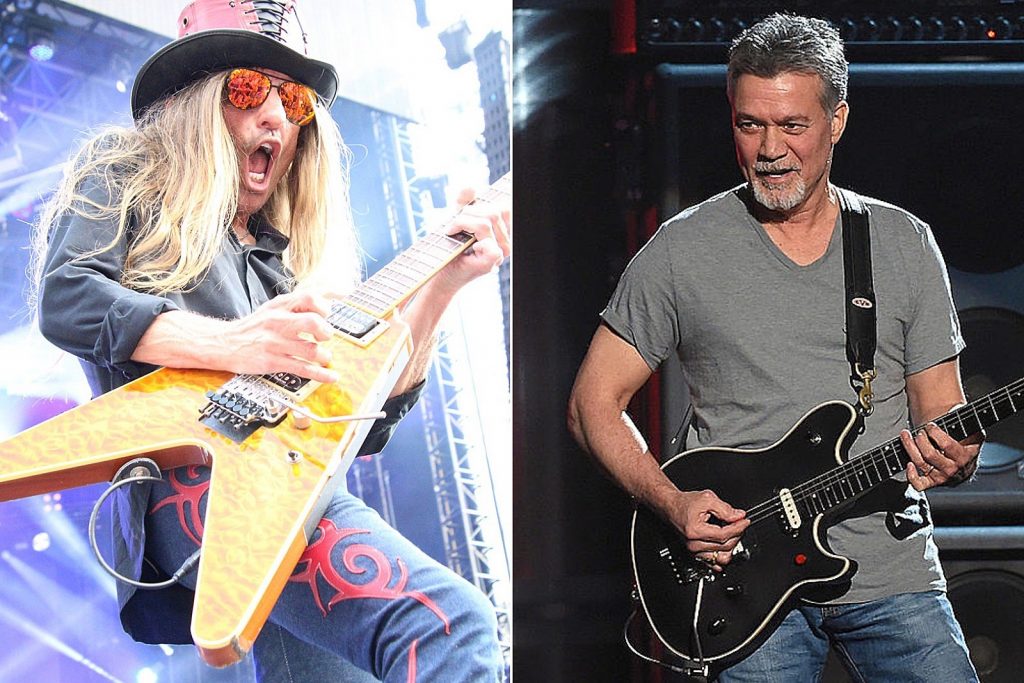 Poison guitarist C.C. DeVille ignited the crowd at the first date of the Stadium Tour — also featuring Motley Crue, Def Leppard and Joan Jett — when he broke out Eddie Van Halen‘s “Eruption” during his mid-set guitar solo. But the tribute shouldn’t have surprised fans of DeVille, who’s been incorporating Van Halen’s music into his solos and singing the late guitar hero’s praises for decades.

DeVille raved about Van Halen’s virtuosity and influence on guitar playing writ large in a 1989 Guitar World interview. “If guitar playing has turned into an athletic event, then Eddie Van Halen is the Olympic champion – he lit the flame,” he said. “Speed is a great thing to have when you need it and something I’m always trying hard to develop, but Edward is the master at using it properly.

“You’d have to be a fool to deny his influence on every rock player in this decade,” DeVille continued. “Eddie saved rock ‘n’ roll. In 1979, music was starting to head towards synthesizers and skinny ties, and Van Halen came out and made it very chic to play guitar. He’s still the greatest. You hear kids saying he’s not good anymore, but they can’t appreciate what a good songwriter he’s turned into.”

While it’s tempting to say that any guitarist who incorporates two-handed tapping into their solo is inadvertently covering Van Halen, DeVille has explicitly invoked the late guitarist on several occasions. A short video uploaded to YouTube in 2006 shows DeVille playing a tapped run ripped straight from “Eruption.”

DeVille also plays — or appears to attempt to play — several Van Halen-esque licks in his solo on Poison’s 1991 Swallow This Live album, which Guitar World famously named the worst guitar solo of all time in 1991.

The Stadium Tour audience was certainly more charitable, and will likely continue to be at future dates. Poison will be on the road with their fellow rockers through Sept. 9, when the trek wraps in Las Vegas.

You’ll see him with long hair, short hair, a variety of his most famous guitars and all three of his band’s lead singers.