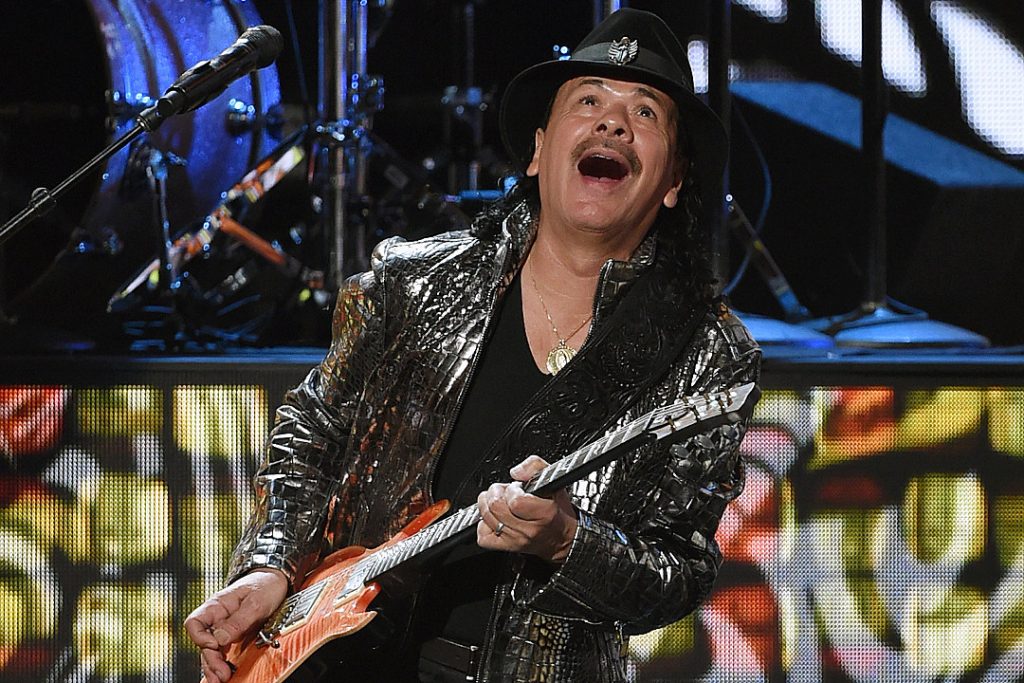 The 74-year-old rocker was approximately 55 minutes into the show when he began to introduce “Joy,” a collaboration with Chris Stapleton that was released on 2021’s Blessings and Miracles.

After describing the song as “mystical medicine music to heal a world infected with fear,” Santana and his namesake band launched into the tune. The guitarist then walked over to a riser, sat down and appeared to pass out.

The show was immediately stopped as he was attended to by medical staff. At one point, a curtain was placed onstage to hide the guitarist from the crowd’s view.

After several minutes, a crew member came on stage and addressed the audience.

“Ladies and gentlemen as you can see have a severe medical emergency,” the staff member explained. “Let’s share our prayers… We need it right now… Please send your light and love to this man.”

About 20 minutes after the collapse, Santana was seen being wheeled offstage in a stretcher. Video circulating on social media shows the musician waving to fans as he departed (see below). The guitarist was taken to a local hospital for further evaluation.

Temperatures in Independence Township, Mich. — the venue’s location — were excessively hot and humid today. UCR contributor Gary Graff was in attendance at the show and observed several audience members being treated for overheating. It is unknown whether the temperature was a contributing factor to Santana’s collapse.

The guitarist is in the midst of summer tour alongside Earth, Wind & Fire dubbed Miraculous Supernatural 2022. The trek is scheduled to run through the end of August, with Santana slated to resume his popular residency at the House of Blues in Las Vegas in September.