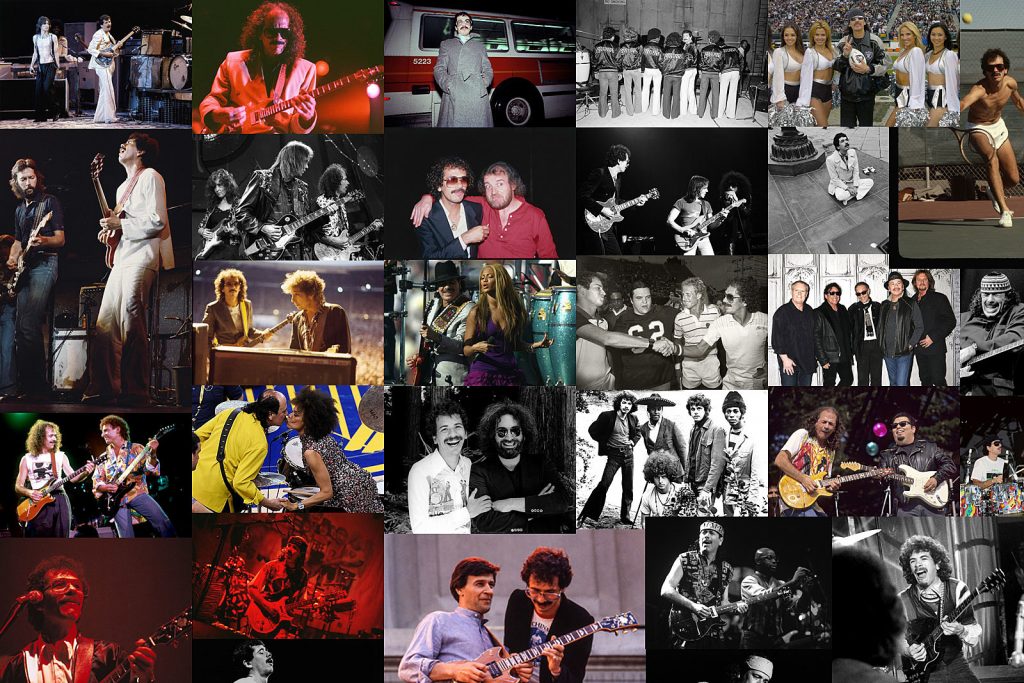 Carlos Santana may now be known as one of the most accomplished guitar players of all time, but the first instrument he learned to play was actually the violin, inspired by his father, Jose Santana.

“My father was a musician,” Santana told Rolling Stone in 2000. “And my first memory of him was watching him playing music and watching what it did to people – he was the darling of our town. I wanted that – that charisma that he had.” After a brief run with the violin at age six, Santana gravitated toward the electric guitar at the age of eight.

Santana moved with his family from Mexico to San Francisco in the early ’60s and took a job as a dishwasher before finding his calling in music. In 1966, he formed the Santana Blues Band, which later became known simply as Santana after the band signed a deal with Columbia Records.

The original Santana lineup that gained traction in the San Francisco club scene included vocalist and keyboardist Gregg Rolie, who would go on to launch Journey in 1973 with fellow Santana bandmate, guitarist and vocalist Neal Schon. In addition to the band’s namesake, drummers Michael Carabello and Michael Shrieve were also classic-era Santana members.

Santana’s breakout moment arrived in 1969 at Woodstock, the same year that the band’s self-titled debut LP, was released. The band’s budding guitar aficionado would later say the neck of his early ‘60s Gibson SG Special “felt like a snake” in his hands that day because of the heavy influence of LSD. The festival helped launch the band, and its debut album spawned Santana’s first Top 10 hit, “Evil Ways.” The LP stayed on Billboard’s album chart for two years and was soon followed by No. 1 albums Abraxas and Santana III.

Throughout the course of their career, Santana has sold well above 100 million albums, including Caravanserai (1972), Amigos (1976), Moonflower (1977), Zebop! (1981) and the Grammy-winning comeback album, Supernatural (1999), which sold 15.5 million copies alone and became Santana’s highest seller-ever. The album also brought in nine of 10 career Grammys for the musician. In 2009, he received the Billboard Latin Music Lifetime Achievement award. A year later, the guitarist married his touring drummer, Cindy Blackman, after popping the question during a concert at Tinley Park, Illinois, immediately after one of Blackman’s drum solos.

You can see photos from all of these career highlights and more in the below gallery of Carlos Santana Year-by-Year Photos 1969-2022.