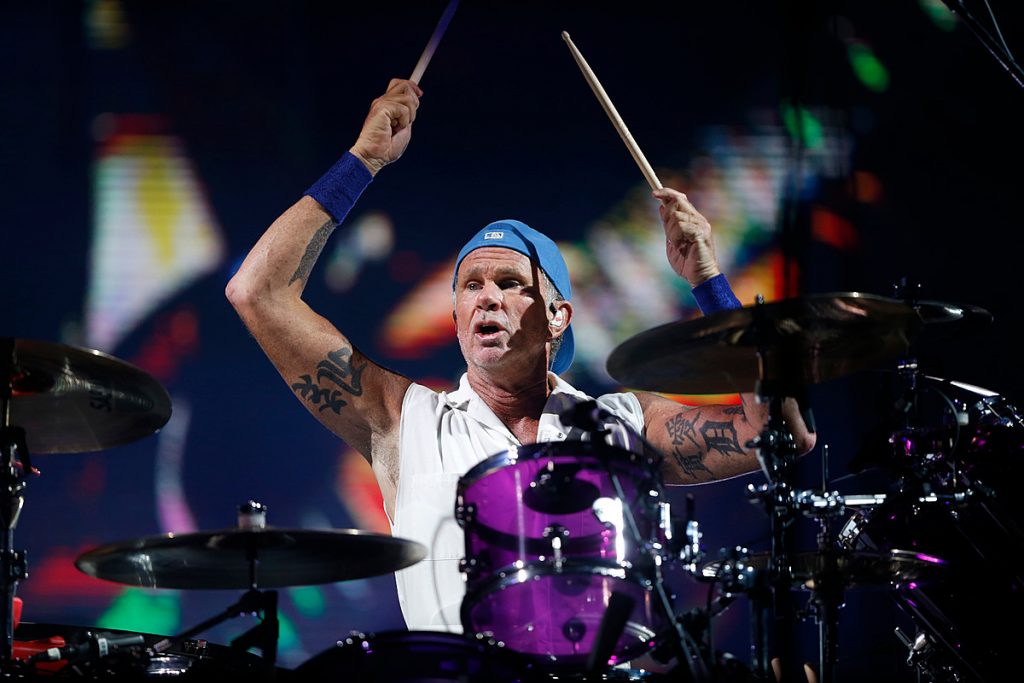 “John is back in the band and everyone knows that,” Smith explained in a conversation with Rolling Stone. “We’re psyched. The [2020] festivals are the only shows booked. For now, we’ll mostly be concentrating on new songs and writing a new record. We’re all real excited to make new music.”

When asked to clarify as to whether the Red Hot Chili Peppers have already started creating a new album, the drummer/Will Ferrell lookalike simply replied, “Yes. That’s all I can say.”

Frusciante is the longest-tenured guitarist in Red Hot Chili Peppers history, playing with the group from 1988-92 and again from 1998-2009. Josh Klinghoffer took over on guitar during Frusciante’s most recent exodus from the band, contributing to the Red Hot Chili Pepper’s 2011 album I’m With You and 2016’s The Getaway.

News of Frusciante’s return to to the group was revealed last month in a post to the band’s social media accounts. In the message, the group declared it was welcoming the guitarist back with “great excitement and full hearts.”

As Smith alluded to, the Chili Peppers currently have several festival performance dates on their 2020 calendar.

On May 15 the group will appear at the Hangout Music Festival in Gulf Shores, Ala., followed by performances at BottleRock in Napa, Calif., and Boston Calling that same month. Frusciante last performed with Red Hot Chili Peppers singer Anthony Kiedis and bassist Flea at a benefit concert in 2016.