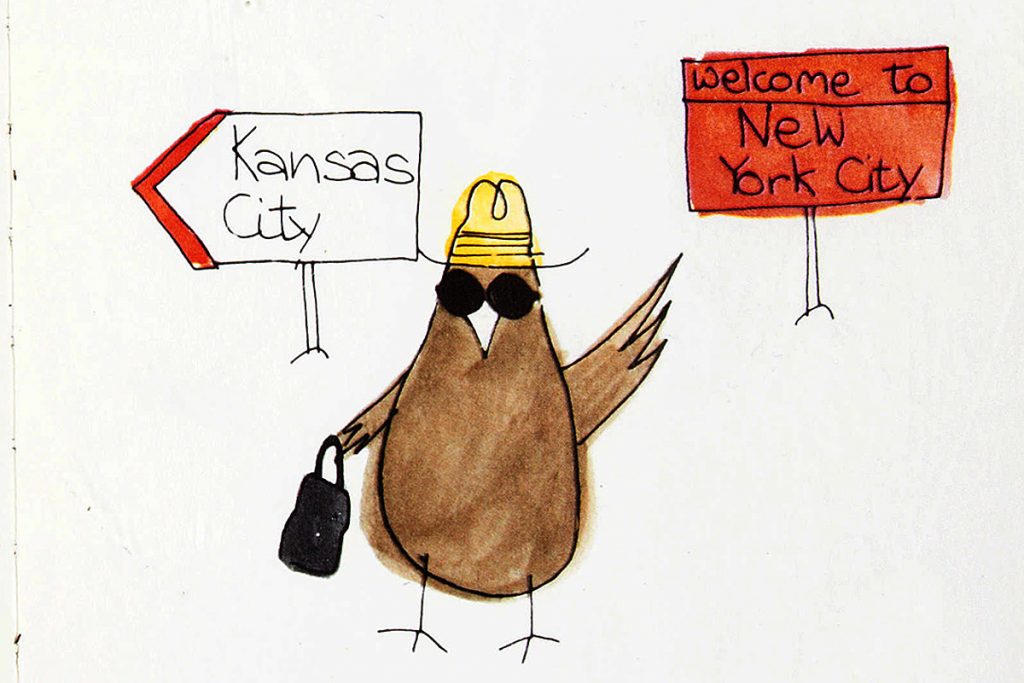 In 1965, most Rolling Stones fans would expect to pay around 7 shillings for the band’s latest singles – and that year they had a choice of “Route 66,” “Under the Boardwalk,” “The Last Time,” “Play With Fire,” “(I Can’t Get No) Satisfaction,” “Get Off of My Cloud” and “As Tears Go By.”

But before that onslaught of releases came along, something slightly different was offered on Jan. 17: an illustrated book by Stones drummer Charlie Watts.

At five-by-seven inches, it wasn’t much different in size from a single, and at 36 pages, it was deeper but not by much. But Ode to a Highflying Bird meant a lot to Watts, because it was his personal tribute to one of his jazz heroes.

Saxophonist and composer Charlie Parker had gone by the nickname “Bird” during his career. He died in 1955, but by that time he was instrumental in the development of improvisational performance and bebop music, and his work was revered by the Beat Generation. “I’ve always been in love with people improvising,” Watts told the The Guardian in 2013. “I was 13 or 14 when I first heard [Parker]. … I am what I am, thanks to this man.”

In 1960, when he was a student of graphic design and before the Stones found fame, Watts created a short illustrated depiction of Parker’s life for a class project. He presented Parker as an actual bird, complete with sunglasses and sax, in child-inspired sketches along with laid-back lighthearted text: “Soon everybody was digging what Bird blew. … His nest was made.”

The book was discovered by the publisher of the Rolling Stones Monthly fan publication, who, Watts said later, thought, “Ah, there’s a few bob in this!” He appeared to be correct, because the limited run sold out, and copies now can sometimes be found retailing for hundreds of dollars at specialist dealers.

Ode to a Highflying Bird was republished in 1991 and tied in with a release of Parker’s music recorded by the Charlie Watts Quintet titled From One Charlie to Another. “I’m not breaking new ground here,” Watts admitted, noting the work was “almost too restrictive” for his younger bandmates. “It’s within the bounds of Parker. … We’ve interpreted the book musically, and within that can come wonderful music.”

Watts eventually gave up on his design interests after creating a cartoon strip for the 1967 Stones album Between the Buttons. And despite his love of Parker and jazz, he insisted he made the right career decision. “I enjoyed being with the Rolling Stones,” he told the BBC in 2001. “The problem was the Rolling Stones became so popular that you saw them in the newspaper rather than how I knew them.”

He explained that he retained a distance between “them,” his bandmates, and “it,” the band’s image. “Keith [Richards] is a friend of mine, and that’s one thing,” he noted. “The Rolling Stones are a whole other thing. … I’ve always kept it a long way away. … I never really believed in it, to be honest with you.”

So how is Ode to a Highflying Bird? One Goodreads reviewer said they’ve found joy in it since it was purchased years ago. “This book was my introduction to the world of ‘cool jazz’ due to Charlie’s love of it,” reads the review. “I enjoyed reading it again after quite a few years. How to tell a story succinctly while keeping it enjoyable [and] nice illustrations by Charlie.”