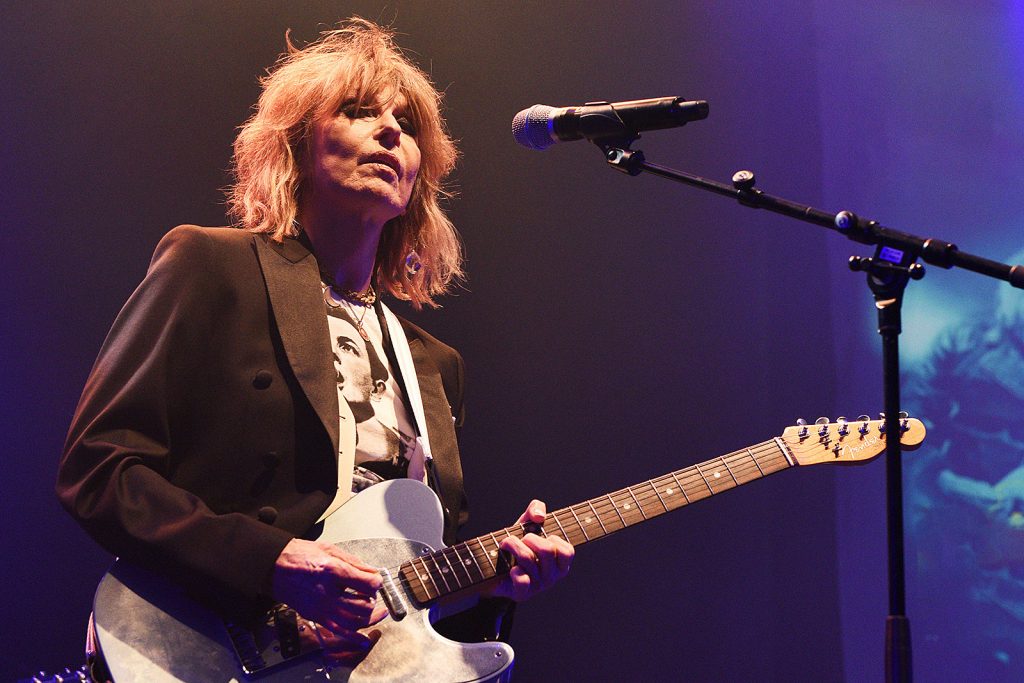 The performance at the Trades Club in Hebden Bridge featured her band His Lordship, which played to an audience of around 200 people. Video clips and the complete set list can be seen below.

The show consisted of 11 Pretenders tracks – “Turf Accountant Daddy,” “Time the Avenger” and “Hate for Sale,” among them – and five solo numbers, including “Dark Sunglasses” from her 2014 solo debut Stockholm. It concluded with a cover of Jimi Hendrix‘s classic “Foxy Lady”

Ahead of the performance, Hynde expressed relief at returning to the stage, saying on social media, “As I frantically try to remember basic three-chord songs, I recall the old adage: If you don’t use it, you lose it. Bear with me, girls! I was lost but now I’m found … almost.”

Hynde previously outlined her aim for the road trip, telling fans that “we will be playing some of my all-time favorite songs: obscure Pretenders … some new, unreleased material and, as I promised, not a greatest hit in the lot. (You’ve had 40 years to see those, so if you missed it, more fool you – the moment has passed).”

She added, “Sorry, we’re only playing 200-capacity venues, but that’s my choice.”

The brief tour ends on Oct. 18. All shows are sold out.