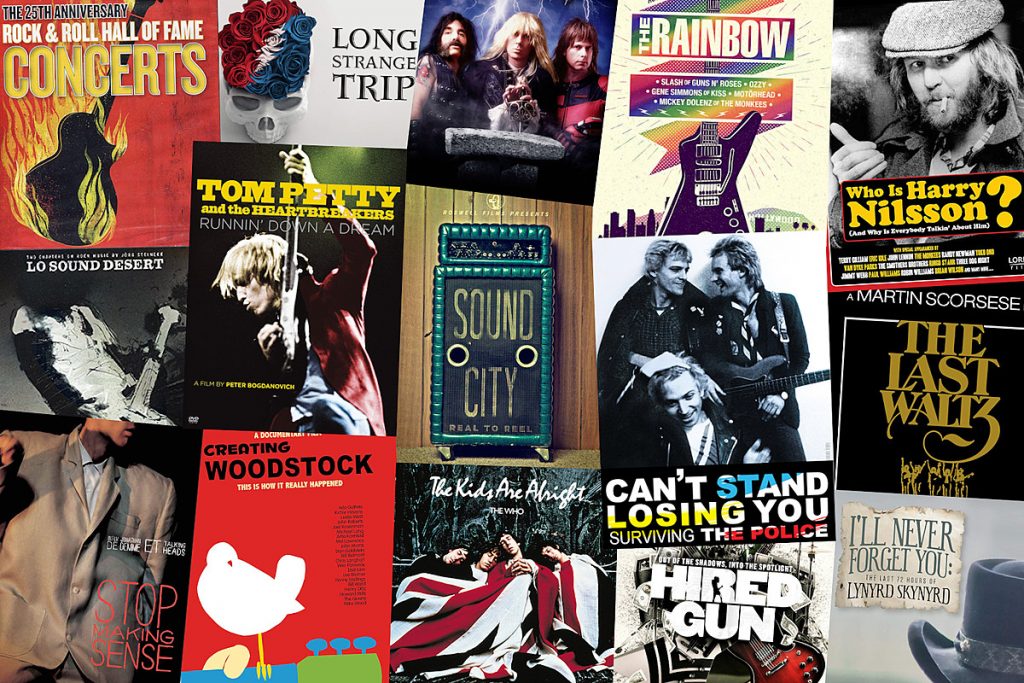 Like Netflix, Amazon Prime is loaded with classic rock programming — in fact, there’s almost too much of it, and sorting out the quality requires a lot of scrolling and false starts.

Here’s our attempt to save you some trouble. We combed through the streaming service and rounded up some of our favorite rock documentaries, concert films and miniseries.

Check them out below.

Tom Petty and the Heartbreakers: Runnin’ Down a Dream (2007)

Peter Bogdanovich went deep into Heartbreakers history for this four-hour documentary, moving from the formative Mudcrutch era up through the band’s 30th anniversary show in 2006. Along the way — with the aid of guests like George Harrison, Stevie Nicks, Dave Grohl and Johnny Depp — the filmmaker also explores Petty‘s solo work and other musical projects, including supergroup the Traveling Wilburys.

The Band recruited one of Hollywood’s most venerable directors, Martin Scorsese, to helm a concert film documenting their planned “farewell concert” on Nov. 25, 1976. They pulled out the red carpet for the occasion, nabbing guest spots from Bob Dylan, Ringo Starr, Neil Young, Eric Clapton, Neil Diamond, Joni Mitchell and Van Morrison, among others. (Note: The film leaves Prime on March 31, 2020.)

Jeff Stein broke into filmmaking by helming the definitive Who film, rounding up interview clips, concert footage and promo clips into a riveting document of the band’s brilliance and insanity from 1964 to 1978.

Late Motorhead leader Lemmy, Ozzy Osbourne, Slash and Gene Simmons are among the talking heads in Zak Knutson’s documentary about Sunset Strip venue the Rainbow Bar and Grill. The film explores the history of the Hollywood locale and its sister location, the Whisky a Go Go.

This intimate documentary traces the Police‘s full career arc with guitarist Andy Summers as our guide — from their ascent to stardom through their ego-fueled break-up and 2007 reunion tour. In a clever twist, the film utilizes a treasure trove of Summers’ personal photos as signposts along the way.

In the 1980s, rebellious punks found a haven in the California desert and wound up spawning an entire musical movement, including bands like Queens of the Stone Age and Kyuss. Director Joerg Steineck explores this under-documented story, landing interviews with some of the scene’s most famous players (including Josh Homme).

The specter of Peter Green‘s psychedelic drug use and mental illness hovers over his life and career. But this insightful documentary digs beyond the sensationalism, offering a comprehensive view of the pioneering blues-rock guitarist. Along with archival live and studio footage, the film includes interviews with Green himself, along with his Fleetwood Mac bandmates (Mick Fleetwood, John McVie, Jeremy Spencer) and admirers (Carlos Santana).

Who Is Harry Nilsson (And Why Is Everybody Talking About Him)? (2006)

Harry Nilsson‘s career was full of contradictions: He was a Grammy-winning pop-rock star who never toured, a singer-songwriter best-known for his covers, a man who made fans of the Beatles but also earned headlines for being drunkenly thrown out of L.A.’s Troubadour club with John Lennon. With Who Is Harry Nilsson, director John Scheinfeld surveys the musician’s winding career path and unique legacy.

This is Spinal Tap is the funniest rockumentary in film history, with Christopher Guest, Michael McKean and Harry Shearer satirizing the overblown excess (and underlying stupidity) of arena rock/metal. (It’s available to view through IMDB TV, which comes free with Prime.)