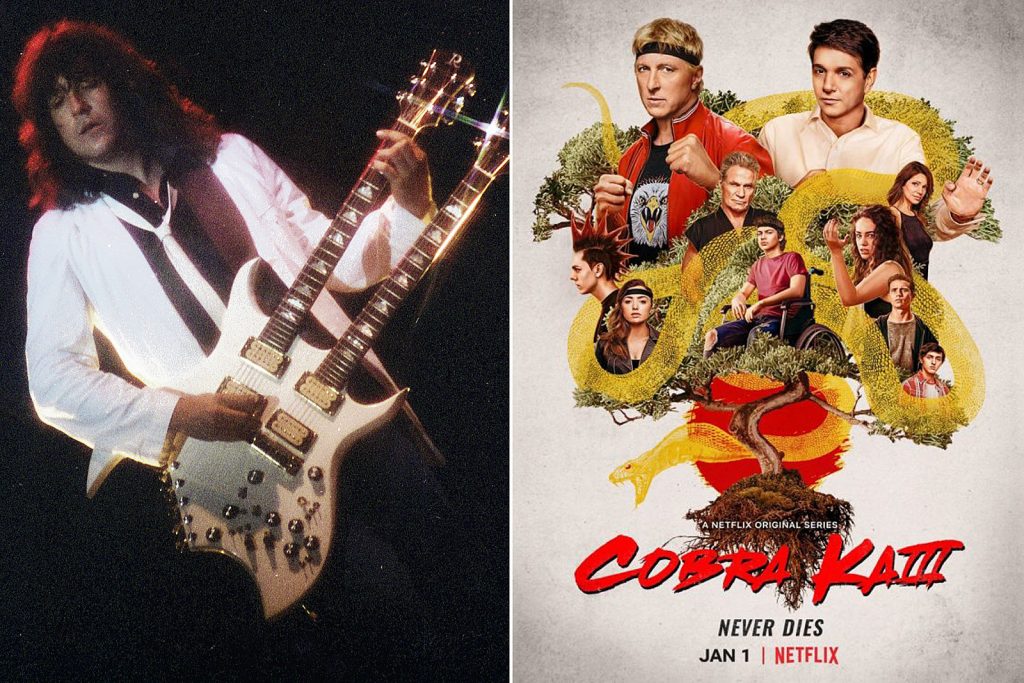 Veteran New York band Zebra have been enjoying a rise of profile recently as a result of name-checks in the TV show Cobra Kai, but the members aren’t planning to exploit the experience.

William Zabka, who reprises the character Johnny Lawrence on the Netflix show based on the ‘80s Karate Kid movies, has been seen onscreen wearing a Zebra shirt. In the trailer for the upcoming third season, while writing the Netflix intro text, he proudly signs off: “Zebra rocks!”

In a 2018 interview, he told how he sat in a parking lot listening to Zebra while he waited to audition for The Karate Kid in 1984.

Despite Zabka’s obvious fandom, Zebra frontman Randy Jackson recently told AL.com that the pair never met. “The only connection we have is through fans of mine, who have pointed out to me that it was on the show,” he said.

He speculated the actor may have seen the band in the ‘70s. “He’s 55 years old,” Jackson noted. “So he could have come to the clubs … and snuck in. There’s several people that I was unaware of that had come to the clubs to see us that later became very successful at what they did.”

Jackson said it wasn’t the first time his band enjoyed unexpected name-checks. “The fans in general are always excited when they see Zebra pop up anywhere,” he explained.

“We’ve popped up in cartoons on Cartoon Network and just various places all around. But this one, I think, is the biggest one that we’ve come across. I remember a couple years ago, we had one of the guys who was one of the lead artists on The Simpsons … he came to a meet-and-greet that we did and gave us all signed versions of the Simpsons with them wearing Zebra T-shirts and stuff.”

But Jackson said he didn’t intend to pursue Zabka. “I’ve had people suggest to me that we get in touch with him and stuff like that,” he noted. “And I said, ‘Listen, you know, it’s great that he’s a fan and everything, but let him do his thing.’”