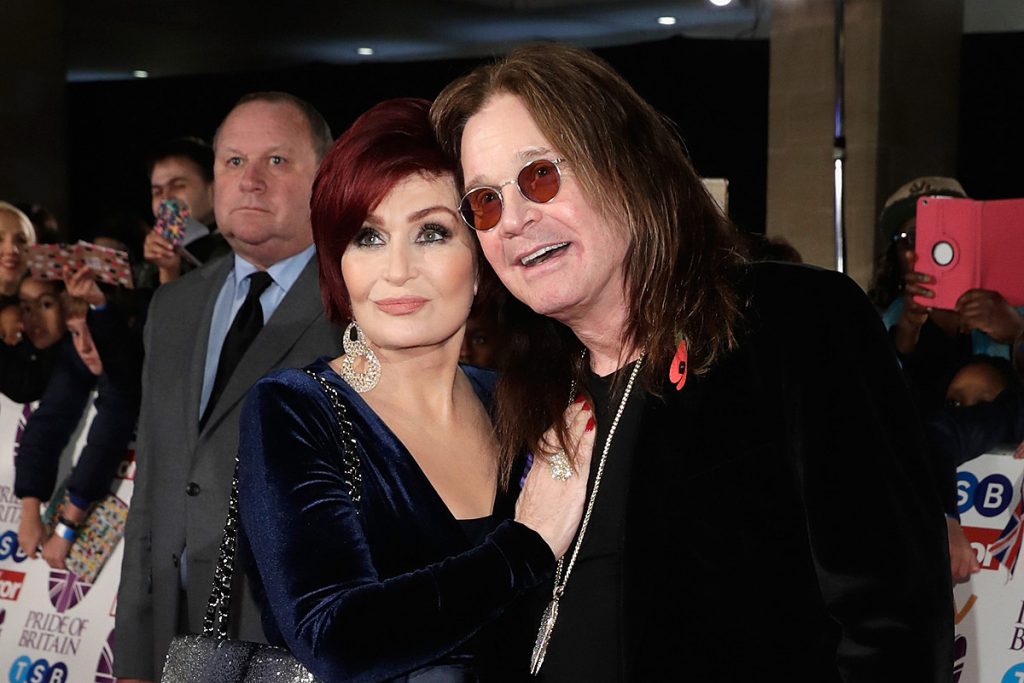 Sharon Osbourne has lashed out against media outlets that have reported Ozzy Osbourne is near death.

A spate of health problems have sidelined the rocker over the past year, but his wife and manager said on The Talk that “Ozzy ain’t going nowhere.”

“I’m not lost for words a lot, as you all know,” she said. “But why do people just say this was true? How cold and callous are those headlines? Where’s people’s empathy?”

As Yahoo! Entertainment noted, the National Enquirer recently wrote that Ozzy “will be dead by Christmas,” while Radar Online said he was “on a crazy train to death.” Sharon flatly denied that his ailments — including pneumonia, an infected hand and a fall that dislodged metal rods in Ozzy’s back — were proof that the self-proclaimed Prince of Darkness would soon be meeting his maker.

“It’s not true, by any stretch of the imagination,” she noted. “I’ve been open with everyone and so has Ozzy. He had a terrible, terrible bout of bad luck with his health — one thing after another. And then after his fall that he had, it’s been awful for him. But he’s getting better. He’s recuperating. Why be so like, ‘He’s on a crazy train.’ How disrespectful to anyone. … Ozzy ain’t going nowhere.”

Sharon’s The Talk co-host Sheryl Underwood reinforced Osbourne’s statements by bringing up the news that Ozzy has completed a new album, his first solo studio effort since 2010’s Scream.

Osbourne said the project stopped him from “lying in my own self-pity for months. … If it wasn’t for making this record, I would still be on traction, thinking, ‘I’m going to be lying here forever.’ I’ve missed music so badly. My fans are so loyal and so good. Up until making the album, I thought I was dying. But that got me off my arse. … It’s the greatest album I’ve done.”