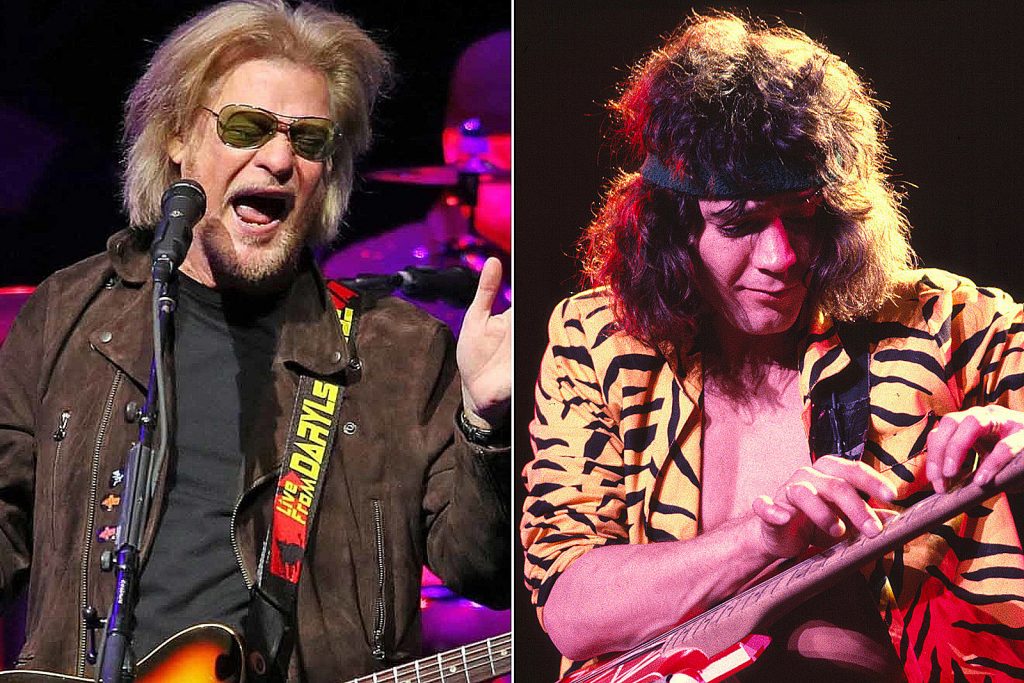 “Yeah… actually yes,” the Hall & Oates frontman said with a big laugh when asked about the rumor during an interview on Q104.3. “I knew those guys really well and we actually shared some people – crew and things like that. Eddie came to a show with [his then-wife] Valerie [Bertinelli], and David had just left the band. Eddie said, ‘do you wanna join Van Halen, man?’ He was half-joking, but I think he was serious, I really do believe he was serious. And I took it seriously, I said, ‘ehh I think not, I think I got my own shit going on.'”

Sammy Hagar instead became Van Halen’s second lead singer, releasing four chart-topping albums with the group between 1986 and 1995. Before connecting with the “I Can’t Drive 55” star, Van Halen reportedly also approached Journey singer Steve Perry and Scandal’s Patty Smyth about working together, and considered recording an album with a variety of lead singers, including Joe Cocker.

Hall also confirmed that Eddie credited the keyboard riff from Hall & Oates’ No. 1 single “Kiss on My List” with inspiring his band’s biggest hit. “That’s what he always told me, he said that inspired ‘Jump‘.”

On April 1, Hall will release BeforeAfter, a two-disc collection of his solo work. He’ll launch a two-week tour the same day, with Todd Rundgren serving as the opening act.