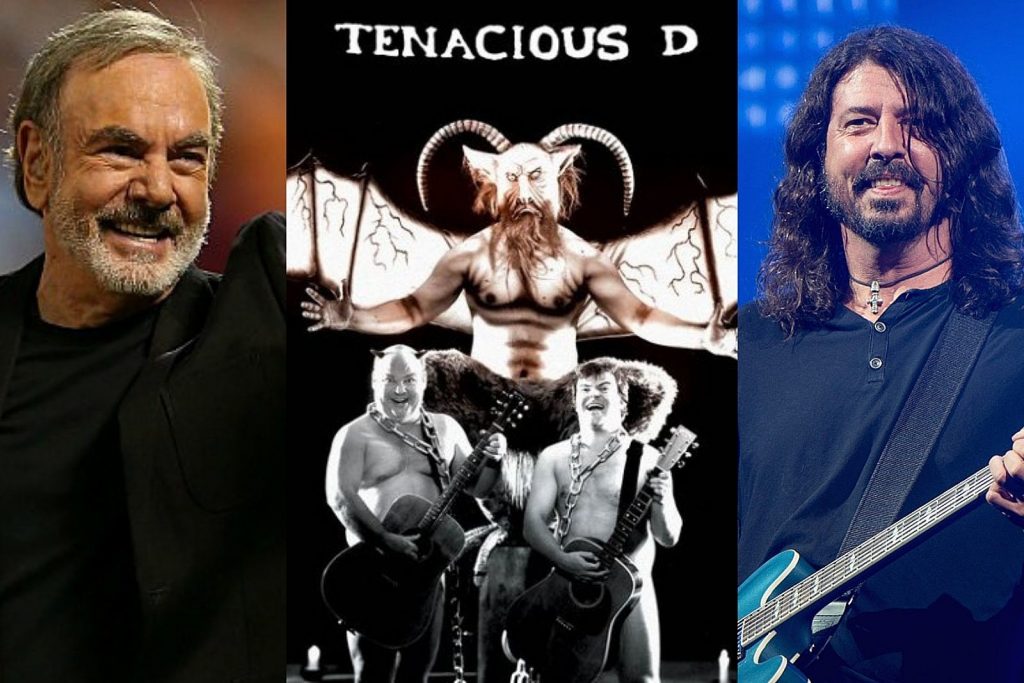 “We were like the most indie of all,” Jack Black told Rolling Stone, recalling the period when he and Kyle Gass were appearing on HBO in Tenacious D: The Greatest Band on Earth. “We don’t even have a record label, that’s how indie our record label is — it doesn’t exist! Our music is in the air, or on the videotapes. We went to Seattle, and Eddie Vedder came to one of our shows before we had a record. He was just fucking there.”

Tenacious D’s swift success left Black and Gass with some obvious questions — namely, what to do next. “Overnight, we became a legit band,” Black told The Ringer in 2021. “It felt like we were a box office draw. We could go play anywhere in the country, even overseas, and get a big crowd. Kage [Black’s nickname for Gass] was like, ‘We gotta make a record, man.’ I was like, ‘We don’t have to. Look at what we can do without a record.’ But Kage was like, ‘It’s on my bucket list. We have to make a real record.’ I was like, ‘You’re right.’”

Vedder was hardly the only rock musician to get on the Tenacious D train. When Black was cast in the 2001 film Saving Silverman as a zealous Neil Diamond cover singer, Black picked up several Diamond greatest-hits records to brush up. “They surprised me,” Black told the Morning Call in 2001, “because I already knew all of the songs on the CDs.”

Diamond, who made a cameo in the film as himself, wound up offering the use of his studio in Los Angeles for the their debut, but that still left another aspect to consider: Just what exactly would a Tenacious D record sound like?

“I think the comedic thing came naturally, and we’re both hilarious,” Gass told Rolling Stone. “But I think that gave us a way to do it. And we love the big rock — I mean, Jack turned me on to some heavy rock that I really wasn’t into, and got me into Metallica.”

To achieve that bigger rock sound, another legendary name entered the picture: Dave Grohl. “We were playing and Dave came between the curtains at the Viper Room and tried to pretend like he was just a nobody, like, ‘Hey guys I love your stuff, have a good show, no big deal that I’m Dave Grohl giving you props before a show,” Gass later recalled.

“I just wanted to turn the heat up a little bit and make sure there was something worth watching!” Grohl countered. “I wasn’t really sure what was gonna happen, because they’d always been acoustic, so when they said they wanted drums I didn’t know if it was gonna be a rock record.”

His first drum tracks were laid out at Diamond’s studio in early 2001. “That was a dream come true,” Gass said. “We were big rock fans, and then to hear our songs blown up like that, with Dave Grohl playing drums behind the little songs you came up with in your living room — that was pretty heady stuff for me. It was exciting, even though it was kind of a leap.”

When Tenacious D was finally released on Sept. 25, 2001, exciting was one word for it. The album also featured Page McConnell of Phish and future Melvins bassist Steve McDonald. But the project was also controversial: Their cover art depicted Black and Gass standing naked below the devil, which caused the LP to be briefly banned from some stores due to its Satanic imagery.

That led to a hilarious exchange between Black and Grohl about the group’s next move.

“What do you think about this for the D’s second album — full-on Christian rock?” Black later joked to Grohl, who returned to drum on Tenacious D’s subsequent records. “It’s like we feel bad about the devil stuff that we did on the first album. We come back with the power of Jesus. Full force. The cover will be angels, with God in the background, smiling.”

Grohl quipped: “Does that mean you will become a sexy Jesus?” Black then replied: “Lord knows that’s what the people want!”